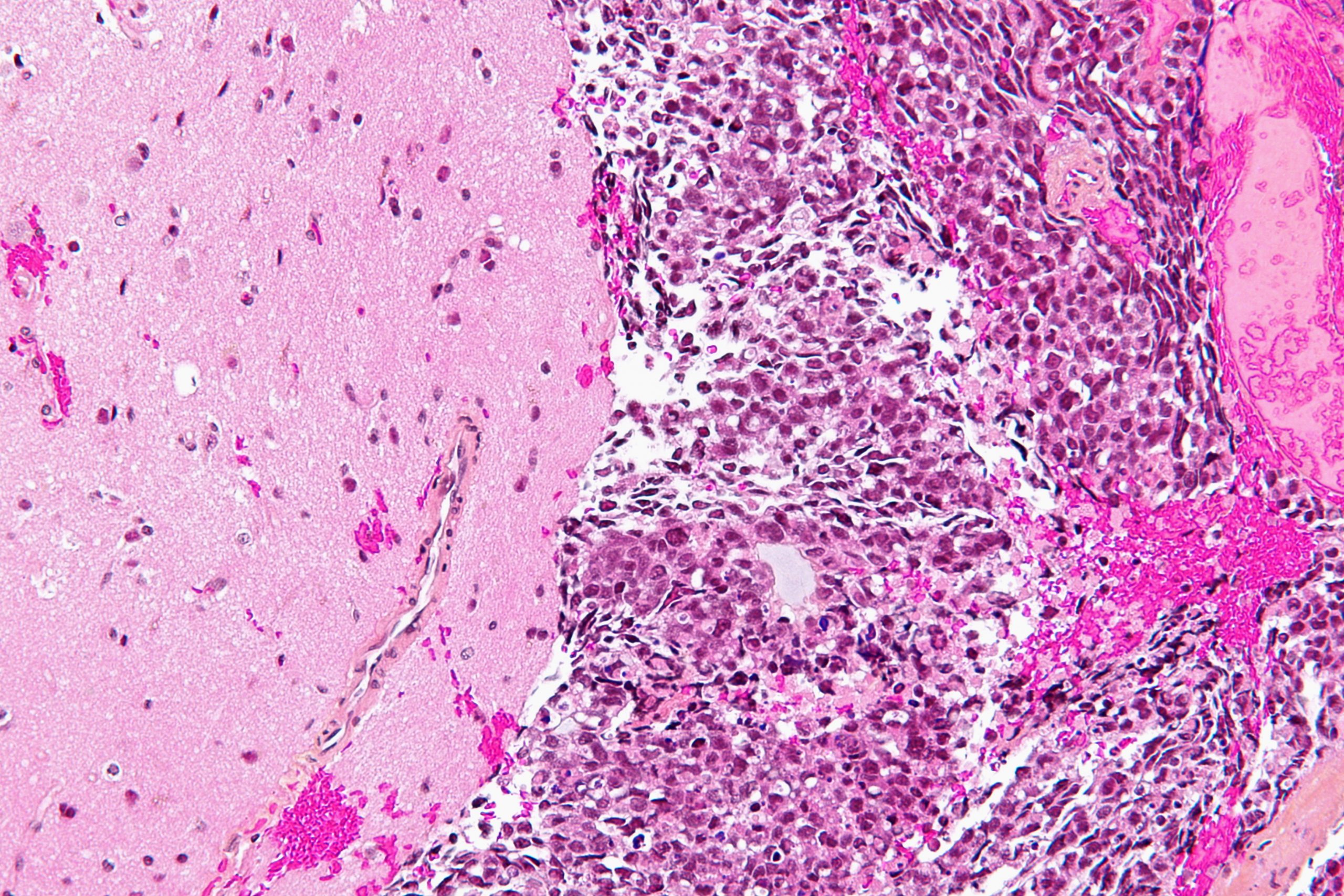 Using data from more than 100,000 malignant and non-malignant cells from 15 human parenchymal brain metastases, generated by single-cell transcriptomics, mass cytometry, and complemented with mouse model- and in silico approaches, researchers from the University of California, San Francisco (UCSF) have revealed two functional archetypes of metastatic cells across 7 different types of brain tumors, each containing both immune and non-immune cell types. [1]

Their findings, based on a study supported by grants from the National Cancer Institute,  NIH/NCI, and the Mark Foundation for Cancer Research (Endeavor), were published in the February 7, 2022 issue of the journal CELL, and provide a potential roadmap for metastatic tumor formation that could be used to design therapies to improve the treatment of metastasized patients. [1]

They found these specialized and complementary processes work together within single cells to shape two recurrent cell archetypes, one inflammatory and other proliferative that co-exist within each metastatic tumor and are both shaped by immune cells.

Metastasis occurs when cancer cells spread from a primary tumor and form cancer clusters in different parts of the body. They account for almost 90 percent of cancer-related deaths, and metastatic tumors are tenaciously resistant to treatment. One of the reasons why they are generally difficult to treat is that they exhibit significant genetic variation compared to primary tumors.

Brain metastasis
Brain metastasis is the most common form of brain cancer, occurring nearly ten times more often than cancer which begins in the brain. While treatment options for brain metastases have improved in recent years, there is still much left to understand about metastasis formation.

The team combined high-dimensional single-cell analyses of human brain tissue metastases from the different cancer types and experimental models to identify and understand the recurrent patterns that characterize the process of metastasis formation in patients.

The researchers also identified a comparable metastatic niche or microenvironment, and an immunosuppressive stroma enriched with T-cells and metastasis-associated macrophages that seem to play a role in the dynamics of the two archetypes.

“These archetypes co-exist within each metastatic tumor,” said Gonzalez.

“For the MTCs that are not proliferating, these cells get reprogrammed to express genes for inflammation, stress, and other changing conditions. It’s likely that these tumor-immune interactions are shaping the state of the MTCs.”

Inspiration from a Renowned Cancer Researcher
“Zena Werb was the first person that saw the potential and feasibility of collecting human metastases and combining them with cutting-edge technologies such as single-cell transcriptomics and CyTOF,” said Gonzalez.

“She believed that by analyzing human brain metastases, we could determine the relationship between these cellular processes orchestrated by MTCs and their specific microenvironments,” Gonzalez added.

Werb, a world-renowned researcher in cancer biology, and associate director for basic science at the UCSF Helen Diller Family Comprehensive Cancer Center, transformed the field by highlighting the critical role of cells’ local “neighborhoods” in determining tumor growth and behavior.

Over the course of four decades, her work laid the groundwork for the rise of immunotherapy and other modern approaches to cancer treatment.

Werb died unexpectedly on June 16, 2020, at the age of 75, but her legacy lives on with her colleagues, for whom she was a mentor.

“From the beginning, she believed in this project and encouraged me to persevere even when the collection and processing of these rare and small samples were quite difficult,” Gonzalez said.

Roose added that Gonzalez’s work provided an important foundation for the team’s collaborative efforts with the UCSF Endeavor program, aimed at better understanding how metastases arise when cancer cells interact with host cells that surround the tumor. Established by the Mark Foundation, the Endeavor Award builds a new research collaborative at the university focused on decoding the “rulebook of metastatic cancer” as a pathway to new treatments.

“Metastasis is kind of a perfect storm,” Roose explained.

“[Although] we know that cancer cells leave tumors all the time, [we also know that that] rarely … metastasize. If we understood the “rulebook of metastasis,” we could look at a patient’s cancer and be able to predict when or how their particular tumor is going to metastasize. It would be an amazing breakthrough,” he observed.

Roose has found it extremely rewarding to see Hugo through the home stretch of this brain metastasis project.

“I can just see Zena walk into my office, giving us a thumbs up and a big hug,” Roose concluded.

Featured image: High magnification micrograph of brain metastasis. HPS stain. Normal brain tissue is seen on the left and tumor is seen on the right. The sharp demarcation between tumor and normal is typical of brain metastases. Photo courtesy: © 2011 – 2022 Nephron/Michael Bonert.This file is licensed under the Creative Commons Attribution-Share Alike 3.0 Unported.