Home Editorials and Commentaries How Meaningful Will Changes Be to Ethical Guidelines Following Jose Baselga’s Fall? 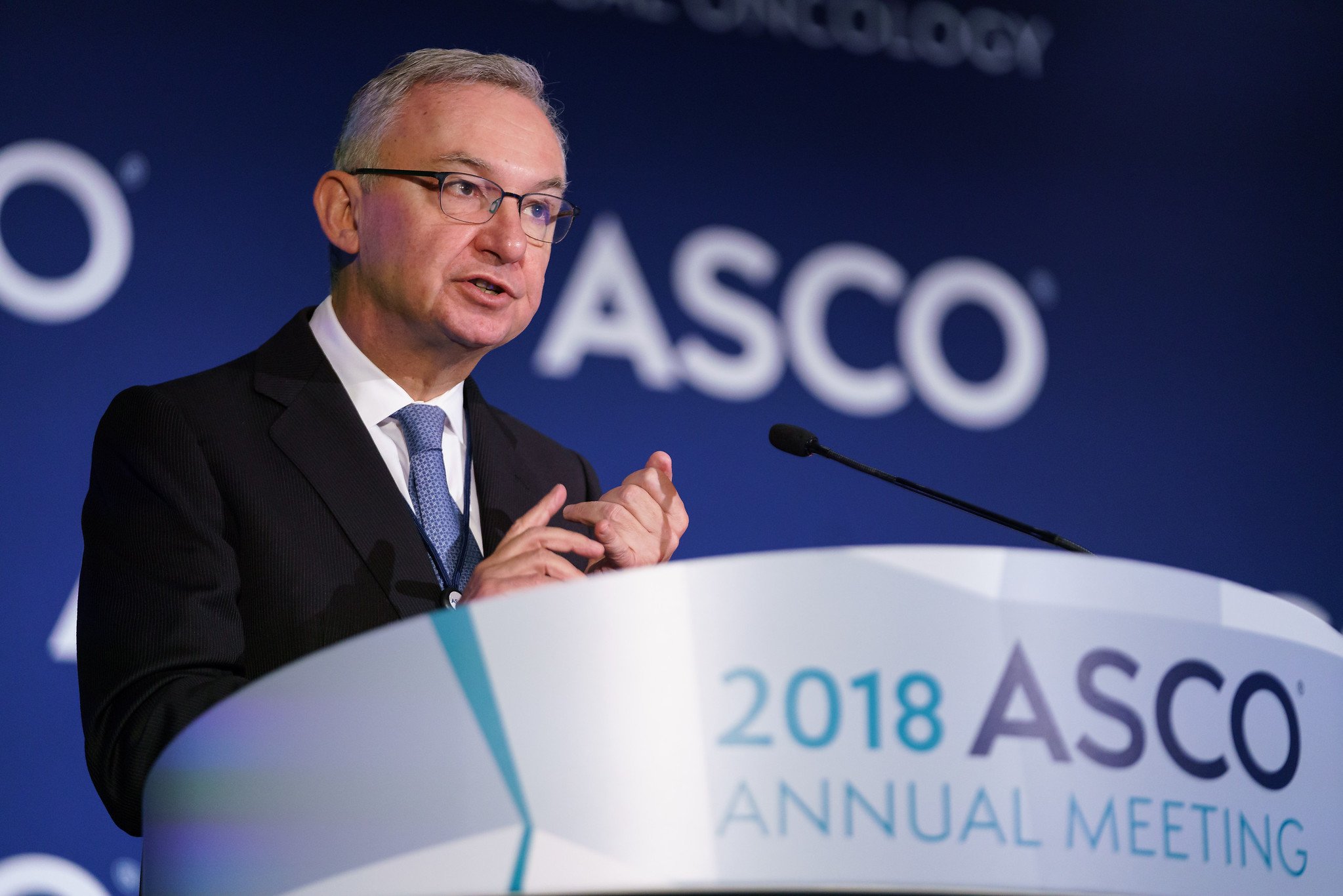 In the aftermath of the fall of renowned breast cancer researcher Jose Baselga, MD, PhD, following revelations last month of his failure to disclose millions of dollars in payments from industry, I reached out to learn a little bit more about current institutional conflict of interest policies, especially in light of the current trend promoting academic-governmental-industry collaborations in research.

Although most peer-reviewed scientific journals have clearly stated guidelines requiring authors to disclose conflicts of interest, what conflict of interest policies did institutions have in place to govern the behavior of their researchers?

Series of Investigative Articles
Baselga’s case was reported in a series of articles written by reporters from the New York Times and ProPublica, a nonprofit investigative journalism organization.

The articles detailed a culture of self-serving standards that personally benefited a privileged few at Memorial Sloan Kettering Cancer Center, where Baselga served as physician-in-chief, until he resigned a week following publication of the first article in September.

Written by ProPublica senior editor Charles Ornstein, and Times staffer Katie Thomas, the articles reported on Baselga?s practice of not disclosing his financial interests in numerous peer-reviewed journals such as the New England Journal of Medicine, The Lancet, and Cancer Discovery, where Baselga still serves as one of two editors-in-chief.

Cancer Discovery is published by the American Association for Cancer Research, and
Baselga had served as AACR president from 2015-2016.

According to the Times, Baselga appeared to have violated societal conflict of interest rules during his tenure, and at research conferences, including AACR, had touted drugs that he had undisclosed financial interests in, despite less-than-glowing results reported at those same meetings.

The series reported that in addition to his $1.5 million annual salary from Sloan Kettering, Baselga had also received about $3.5 million in compensation from industry since 2013 including serving as a board member or advisor with Bristol-Myers Squibb, Roche, and Varian Medical Systems.

Subsequent articles noted claims of other ethical lapses at the New York cancer center including a questionable financial arrangement between Sloan Kettering and an artificial intelligence start-up company, Paige.AI.

Following the public exposure, Baselga stepped down from his corporate boards, and MSKCC president Craig B. Thompson, MD, resigned from his board positions with Merck and Charles River Laboratories.

Responses to the matter also appeared in two Times?s Opinion pieces by former New England Journal of Medicine editor Marcia Angell, MD, on September 14 2018, on ?Transparency Hasn?t Stopped Drug Companies From Corrupting Medical Research,? and by the Times?s editorial board about ?Medicine?s Financial Contamination? on September 24, 2018

On October 5 2018, an opinion piece by a MSKCC patient and active volunteer Steven Petrow appeared in STAT. Its title: “Memorial Sloan Kettering, You?ve Betrayed My Trust.”

AACR Still Deliberating Baselga’s Editorial Status
Although reports made it clear that Baselga no longer had any affiliation with Sloan Kettering, I contacted AACR about scheduling an interview with an AACR official to discuss the association?s actions regarding Baselga’s papers as well as his status as co-editor-in-chief of Cancer Discovery.

AACR replied that it would issue a statement, and after undergoing internal review over several days, the association emailed the following:

?We?have been?working with Dr. Baselga to issue updates of his disclosures as they relate to articles published in AACR scientific journals.? Dr. Baselga has identified and submitted the information?required to update the published record for two articles in?Cancer Discovery?and three articles in?Clinical Cancer Research.? These corrections will publish in the next month?s issues of these two journals.

The AACR is convening a panel of experts,?including physicians,?basic?scientists, a patient advocate, and other relevant individuals, to evaluate Dr. Baselga’s case with the goal of making a fact-based decision regarding the status of his?leadership?role?as one of the Editors-in-Chief of Cancer Discovery.

Also, the AACR is currently reviewing its Conflict of Interest Guidelines and will make any necessary updates or revisions at the conclusion of the panel’s comprehensive evaluation.”

Role Model for Avoiding Conflicts of Interest
For additional insight into institutional conflict of interest policies, I called a colleague, Thomas Tachovsky, PhD, who had served as a technology licensing officer at the Massachusetts Institute of Technology.

Tachovsky did not comment specifically about the MSKCC situation, but reflected about his experience at MIT, noting that the predominantly engineering school had a culture of finding solutions to problems.

He said that MIT was very serious about doing things the right way, protective of its image, and scrupulous in evaluating relationships between the institution and outside organizations or companies.

In general, he added, much of society seems to have lost its moral compass today, making it especially important to handle mistakes head on rather than by applying implemental band-aids.

Tachovsky referred me to his colleague, Rupinder Grewal, MIT’s conflict of interest officer, who was hired to lead the newly formed CoI-dedicated office in 2012 in response to revised federal policy on conflicts of interest related to grant recipients.

Grewal explained that the U.S. Department of Health and Human Services revised its Public Health Service regulations on financial conflicts of interests in research in 2011.

The changes went into effect in August 2012 and shifted responsibility for determining relatedness of outside activities to MIT research from the individual to the institution.

“Until the new regulation, it was left up to individual researchers to determine if an outside relationship posed a potential conflict to their funded research.

“After 2012,” she continued, “the most profound change was that now the institution was responsible for making the determination of relatedness of a discloser’s significant financial interests [SFI] to their research and the process involved asking researchers for relationship details at the point that an SFI was disclosed.”

She noted that at MIT it was the responsibility of the researcher to disclose details about whether outside consulting did or did not impact his or her MIT research.

There is a two-step COI disclosure process at MIT, Grewal said. At proposal stage, individuals are asked three COI questions in every proposal that is submitted through MIT’s system:

At the award stage, she said that a more extensive disclosure process is triggered, and that funds are not expended until disclosure requirements are met.

“However, it’s still largely an honor system. Institutions can only go by what individuals disclose to them. At the end of the day, institutions can have the clearest guidelines and financial thresholds and sophisticated disclosure systems, but decisions are still made by the individual on what is disclosed. At MIT, education on COI policy and process is a continually evolving and consistent effort, a strong partnership with faculty and research administrators. It’s important for faculty to know that they are not alone in this process, that there are resources available to help them make informed decisions about outside engagements.”

Fallout
When a researcher?s ethical lapses lead to resignation and abandoning administrative, research, and clinical responsibilities, there is often extensive fallout that extends beyond reputation and finances.

Over the years I’ve written a number of articles about the aftermath of fallen icons, including one related to AACR’s renaming one of its annual awards when it was revealed that the award’s namesake had made derogatory racial comments.

I pointed out then, and repeat now the importance of not always throwing the baby out with the bathwater, and providing sufficient context to distinguish the disgraced from that individual?s contributions.

Scientific Sacred Cows
I’ve also found that many individuals considered as “untouchable” or “sacred cows” are often treated as if they were beyond reproach and too important to be criticized, thereby receiving many passes on behavior that might not be tolerated in others.

And I’ve been warned away from pursuing certain stories because potential sources have either been too afraid to come forward on-the-record or claim that exposure, regardless of how truthful—of an individual or institution may do more harm than good.

It’s Not All About Sex
I contacted the National Institutes of Health regarding what policy was in place to continue research activities when a funded principal investigator was no longer able to continue functioning in that capacity.

NIH press officers responded via email with a the following statement:

“Typically, in an instance where the principal investigator or co-principal investigator named on the notice of award is placed on administrative leave because of the need to investigate an allegation of sexual harassment, the awardee organization would request a change of senior/key personnel supporting the NIH grant. When this occurs, NIH can take several actions, including approving a new lead principal investigator (PI) recommended by the grantee if scientifically appropriate, or suspending or terminating the grant. Generally, NIH views a replacement PI as the best course of action, when possible, to allow scientific progress of a peer-reviewed project and allow other personnel working on the grant, including in some cases the victim of harassment, to continue their research. Importantly, if NIH indirectly learns of an allegation of sexual harassment, we will contact the grantee institution to learn more, and among the range of possible actions, we may withdraw our approval of the PI if there is a reasonable basis to conclude the PI is no longer qualified or competent to perform the research objectives.”

When I replied that I was interested in a more extensive policy covering other areas of malfeasance, misconduct, or circumstances leading to inability to continue as a principal investigator, I received an email that said, “We appreciate your patience as we work on a response.”

However, despite stating my pending deadline, the response had still not been received by the time this story was posted. When it is made available, Onco’Zine will update the story.

This is the first in a periodic series exploring ethical issues in research.