Onco’Zine Dossier: 50 Years After the First Surgeon General’s Report on Smoking and Health

January 2014 marked the 50th anniversary of the first Surgeon Generals Report on Smoking & Health, linking cigarette smoking to poor health.On January 11, 1964, Luther L. Terry, M.D., the Surgeon General of the U.S. Public Health Service, released this first report. The report was based on more than 7,000 articles published in the peer-reviewed biomedical journal available at that time.

This first Surgeon General's report on linked smoking with:

Although the effects of tobacco and health were known for decades, the release of the first Surgeon General’s report on Smoking and Health was the first in a series of important steps being taken over more than 50 years to diminish the impact of tobacco use on the health of the American people. 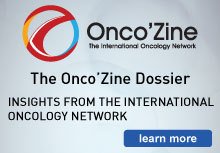 In this Onco’Zine Dossier , we look at the various aspects linking tobacco to cancer, the effects of anti-tobacco campaigns and the impact on our health. In a recently published report, the U.S. Centers for Disease Control and Prevention (CDC) shows that tobacco control efforts are finally yielding positive results. A new analysis of lung-cancer data suggests that new lung cancer cases decreased among men and women in the United States from 2005 to 2009.

Tom Frieden, M.D., M.P.H, CDC director noted that “These dramatic declines in the number of young adults show that tobacco prevention and control programs work – when they are applied."

Lung Cancer and Smoking
Today, there is no doubt that (cigarette) smoking causes lung cancer. In fact, smoking is the leading cause of cancer death and the second most common cancer diagnosed among both men and women in the United States. But the numbers are still staggering. Every year, approximately 200,000 people in the United States get lung cancer, and more than 159,000 people die from the disease.

“While it is encouraging that lung cancer incidence rates are dropping, one preventable cancer is one too many,” Frieden noted.

“Implementation of tobacco control strategies is needed to reduce smoking prevalence and lung cancer cases among men and women. The impact that smoking has on lung cancer is significant. The National Cancer Institute (NCI) explains on the website and in their publications that the “risk of cancer depends on how many cigarettes and how long [someone] has smoked. And while quitting reduces the risk, about 50% of all lung cancers occur in former smokers?”

Continued attention
In order to achieve a further reduction in the number of smokers – and reduce the risk of cancer – the CDC notes that continued attention needs to be given to local, state and national population-based tobacco prevention and control strategies. Among the successful strategies proven to help reduce tobacco use among youth and adults are the increase of tobacco (cigarette) prices, the introduction of comprehensive smoke-free laws, restriction of tobacco advertising and promotion and hard-hitting mass media and community campaigns.

But, while we commemorate the 50th anniversary of the release of the Surgeon General’s report, Alan Blum, MD, director of The University of Alabama Center for the Study of Tobacco and Society, a veteran anti-smoking strategist, argues in a provocative new documentary released?earlier this month that efforts to reduce smoking have become more symbol than substance.

In the documentary, Blum said that “…nearly all government funding allocated to fight smoking is spent on research that adds very little to what we have known since 1964”

To bring home his point, millions of Americans are living with smoking-related diseases, and each day more than 2,100 youth and young adults become daily smokers. The purpose of this Dossier is to invite our readers to join the conversation.