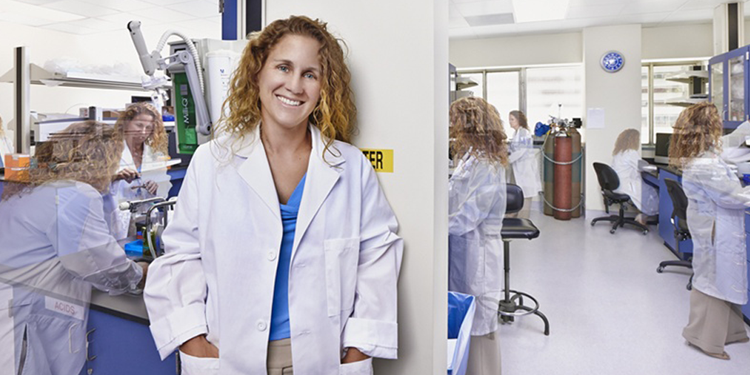 However, as promising as they are, these therapies are also associated with a unique set of side effects, called immune-related adverse events (irAEs) that occur in up to 25%–30% of patients being treated with anti-PD1/PDL1 therapy. These irAEs, generally grade 2 or higher occur most commonly within the first 6 months of treatment and can include arthralgias, rash, pruritus, pneumonitis, diarrhea and/or colitis, hepatitis, and endocrinopathies.[1]

Unfortunately, there is currently no way to predict which patients will develop irAEs before starting treatment, requiring clinicians to watch and wait after treatment begins.

One fact that makes discovery more complex, is that the toxicity from checkpoint therapy does not appear to be associated with a patient’s cancer or their response to the treatment, supporting the idea that it is a patient-specific reaction.

The investigators, led by Joanne B. Weidhaas, MD, Ph.D., MSM, of UCLA Jonsson Comprehensive Cancer Center and vice-chair, Department of Radiation Oncology, Director, Division of Molecular and Cellular Oncology at UCLA Health, examined DNA signatures in 99 patients, looking for patterns that would indicate if inherited DNA biomarkers would predict toxicity.

Findings
In findings published in Journal for ImmunoTherapy of Cancer, they report that they were able to identify a biomarker panel that predicts toxicity with 80% accuracy (F1=0.76, area under the curve (AUC)=0.82) in the melanoma training cohort and 77.6% accuracy (F1=0.621, AUC=0.778) in the pan-cancer validation cohort.[1]

The investigators noted that in the melanoma cohort, the predictive probability of toxicity was not associated with response categories to anti-PD1/PDL1 therapy (p=0.70). In the same cohort, they noticed that the most significant biomarker of toxicity in RAC1, predicting a greater than ninefold increased risk of toxicity (p<0.001), was also not associated with response to anti-PD1/PDL1 therapy (p=0.151).[1]

“These findings represent an important step toward personalizing checkpoint therapy, the use of which is growing rapidly,” said Dr. Weidhaas. “While we are still at the early stages of understanding the mechanisms by which these germline mutations regulate immunity and the systemic stress response, our repeated findings that these variant panels can predict systemic toxic responses to cancer therapy are potentially paradigm-shifting.”

The authors of the study say applying these findings may improve clinicians’ ability to offer truly personalized cancer therapy by enabling consideration of toxicity along with other data that can predict patients’ response to treatment.

“As the efficacy of cancer therapy improves, resulting in higher and higher rates of long-term cancer control,” the investigators write, “cure without harm will only become an increasingly important endpoint.”