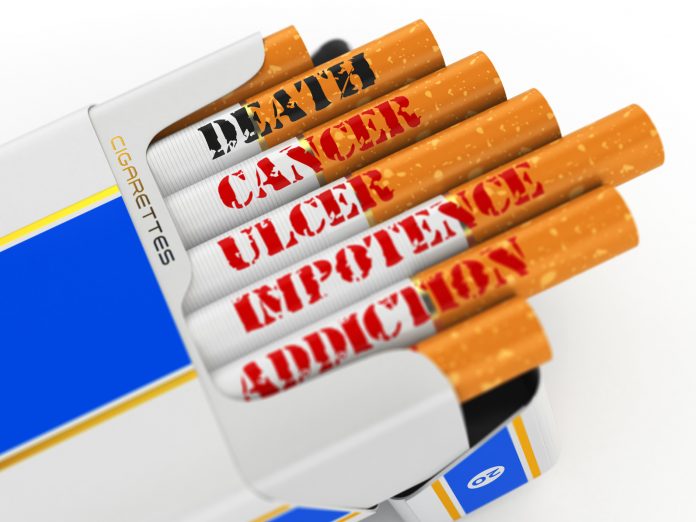 Fifty years after the original landmark report of the United StatesSurgeon General’s Advisory Committee on Smoking and Health, a new report, published today, the 32nd tobacco-related Surgeon General’s report issued since 1964, highlights both the dramatic progress the United States has made reducing tobacco use and the continuing burden of disease and death caused by the vice of smoking.

The new report called: The Health Consequences of Smoking – 50 Years of Progress – A Report of the Surgeon General, presents new data on the health consequences of smoking, and discusses opportunities that can potentially end the smoking epidemic in the United States.

Commenting on the smoking and health, Thomas R. Frieden, M.D. M.P.H., Director of the Centers for Disease Control and Preventions said: “As a physician, when I think about smoking, I recall the patients I have cared for. The man who had a leg amputated. The woman who had to gasp for every single breath that she took. The man with heart disease who hoped to see his son graduate, but didn’t live long enough to do so. That?s the reality of smoking that health care providers see every day.”

…when I think about smoking, I recall the patients I have cared for. The man who had a leg amputated. The woman who had to gasp for every single breath that she took. The man with heart disease who hoped to see his son graduate, but didn’t live long enough to do so…

This report published today documents that smoking causes even more diseases, kill even more people, and costs even more in medical bills and other economic losses by a wide margin than has previously been reported. The scientific evidence contained in this groundbreaking report supports three clear conclusions:

Cigarettes Have Become More Deadly
The new report shows that cigarettes are more deadly today than they were 50 years ago. The findings include:

It is deeply disturbing that 50 years after the tobacco industry and the public learned conclusively that smoking causes lung cancer, cigarettes are even more dangerous and pose an even greater risk of lung cancer. Even worse, no government agency had the power to find out about it, prevent the changes that caused it or do anything about it until Congress granted the FDA authority over tobacco products in 2009. In light of the new report, the FDA must make it a priority to regulate how tobacco products are made and take action to stop tobacco industry practices that make their products even more harmful or addictive.

Tobacco Kills and Costs Even More
The new report published today drives home the magnitude of the harm resulting from tobacco use, which is the nation’s number one cause of preventable death. Key findings include:

The new report confirms that we have scientifically proven strategies to achieve these goals and lays out a detailed road map for implementing these strategies more aggressively than ever before. Specific actions called for by the report include:

Presenting the new 980-page report during a White-house ceremony, acting Surgeon General Boris D. Lushniaknoted that it is time to take action: “Enough is enough. The clock is ticking, We can’t wait another 50 years.”

Action in prevention
With the intense use of proven interventions, we can save lives and reduce health care costs. In 2012, the Centers for Disease Control and Prevention (CDC) launched the first-ever paid national tobacco education campaign Tips From Former Smokers(Tips) to raise awareness of the harms to health caused by smoking, encourage smokers to quit, and encourage nonsmokers to protect themselves and their families from exposure to secondhand smoke. The results of the campaign were quite remarkable: it pulled back the curtain in a way that numbers alone cannot, and showed the tobacco-caused tragedies that we as health care professionals see and are saddened by every day. As a result of the CDC-campaign, an estimated 1.6 million smokers made an attempt to quit and, based on a conservative estimate, at least 100,000 smokers quit for good. Additionally, millions of nonsmokers talked with friends and family about the dangers of smoking and referred smokers to quit services. In 2013, CDC launched a new round of advertisements that helped even more people quit smoking by highlighting the toll that smoking-related illnesses take on smokers and their loved ones.

She’s 31, Has Stage 4 Kidney Cancer — And Talked Openly About It in a Job Interview