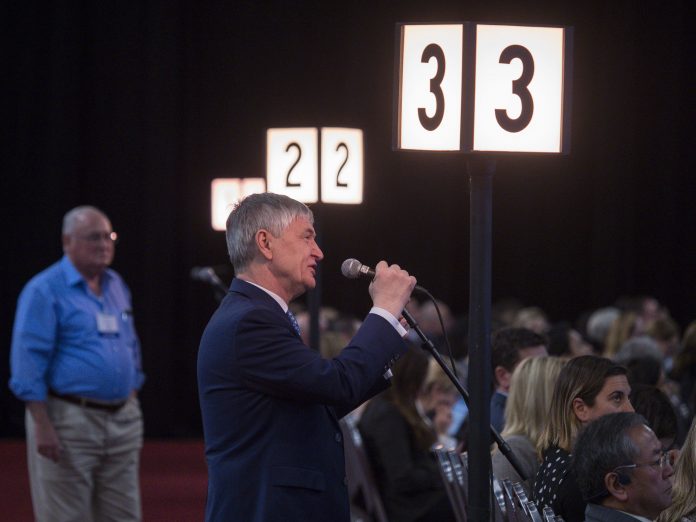 CTCs are cells that have shed into the vasculature or lymphatics from a primary tumor and are carried around the body in the blood circulation. They constitute seeds for the subsequent metastases in distant organs, a mechanism that is responsible for the vast majority of cancer-related deaths.[2][3]

In the CTC arm of the trial, the type of treatment options are decided by CTC count: hormone-therapy if <5CTC/7.5mll (CellSearch technique) or chemotherapy if =5.

Overall, the main medical objective of the study is to demonstrate the non-inferiority of the CTC-based strategy for the progression-free survival and to compare toxicity, health related Quality of Life (hrQoL) and overall survival between the standard approach and the CTC arm of the trial.

The study was funded by the French Ministry of Health, Menarini Silicon Biosystems, and Institut Curie.

Study results
The study results indicated that in the case of discrepancy between CTC count-based treatment choice and physician?s choice of treatment, frontline chemotherapy was associated with a significant gain in overall survival.

Preferred Treatment Option
While frontline hormone therapy is the preferred treatment option because of limited side effects, chemotherapy is proposed in patients presenting with adverse prognostic factors, Bidard explained. These factors are, however, not well defined in the current literature and, as the choice between hormone therapy and chemotherapy relies on the doctor?s estimate of the patient prognosis, different doctors may, in turn, propose different treatments to the same patient, he noted.

?CTC count has been investigated in thousands of breast cancer patients worldwide over the past decade, and numerous analyses have established that, beyond performance status, CTC count is the strongest prognostic marker in ER+, HER2- stage 4 breast cancer patients,? Bidard said. His team studied whether CTC count can be used to assess a patient?s prognosis and personalize the choice between hormone therapy and chemotherapy.

Significant decrease in risk of Death
?In our study, not only have we demonstrated that basing the decision on CTC count alone does not harm patients in the overall study population (primary objective), but subgroup analyses show that, in the 292 patients with discordant treatment recommendations (between the clinician estimate and the CTC count), frontline chemotherapy was associated with a significant 35% decrease in the risk of death,? Bidard said.

After randomization, in the clinically driven arm, 72.6% of the patients received hormone therapy and 27.4% received chemotherapy. In the CTC-driven arm:

The study met its primary endpoint (assessed in the 778 patients), with progression-free survival (PFS) not being inferior in the CTC-driven arm, compared with the clinically driven arm.

In contrast, patients whose treatment was de-escalated to hormone therapy based on CTC count had non-significantly shorter PFS and OS compared with those who received chemotherapy in the clinically driven arm who had low CTC count.

?Since the 1990?s, no trial has assessed the question of front-line therapy, and our results suggest that modern prognostic biomarkers, such as the CTC count, may lead to better patient survival,? Bidard added.

Bidard noted that a main limitation of the study is that during the STIC CTC study follow-up, CDK4/6 inhibitors (palbociclib, ribociclib, and abemaciclib) became largely used as first-line treatment, therefore, doctors are more likely to recommend front-line hormone therapy combined with CDK4/6 inhibitors rather than chemotherapy.