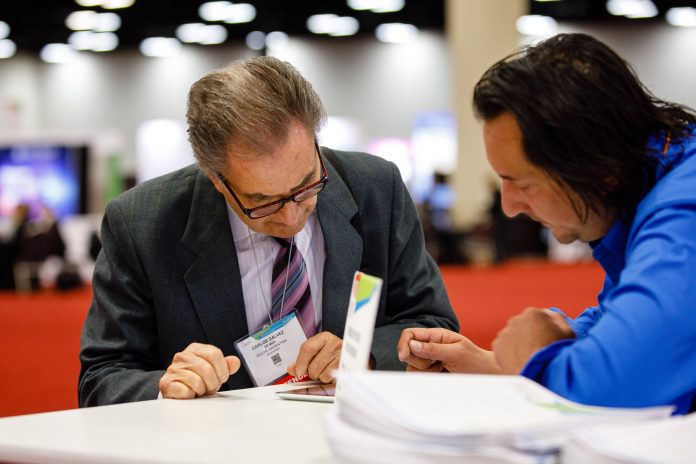 The AMAROS trial, supported by the EORTC Charitable Trust, was designed to compare the effectiveness of complete axillary lymph node dissection with that of axillary radiation therapy in treating women who have invasive breast cancer.

Sentinel node biopsy or SNB remains the standard in assessing axillary lymph node status in patients with clinically node-negative breast cancer. The 5-year analysis of AMAROS trial has shown that if locoregional treatment is advised after a tumor-positive axillary SNB, axillary radiotherapy, known as? ART, is considered a reasonable alternative for an axillary lymph node dissection or ALND, with less side effects. During the 2018 SABCS the 10 year follow-up data were presented.

?Patients with early-stage invasive breast cancer who have no clinical evidence of local spread of disease to axillary (armpit) lymph nodes, meaning that palpation or ultrasound shows no sign of disease spread, undergo a sentinel lymph node biopsy,? said Emiel J. T. Rutgers, MD, Ph.D, the principal investigator of the AMAROS clinical trial and a surgical oncologist at the Netherlands Cancer Institute (Nederlands Kanker Instituut) in Amsterdam, The Netherlands.

?Traditionally, those patients who had cancer detected in a sentinel lymph node biopsy underwent axillary lymph node dissection, which is an effective but invasive surgical procedure that is associated with adverse side effects such as lymphedema and difficulties moving the arm.?

Emiel Rutgers and Mila Donker, MD, Ph.D, a radiation oncologist at the Netherlands Cancer Institute and colleagues from the EORTC and ALMANAC breast cancer research organizations, conducted the AMAROS clinical trial to test whether axillary radiotherapy could yield comparable outcomes to axillary lymph node dissection with fewer adverse side effects.

Updated five-year follow-up information on quality of life and morbidity show again that radiotherapy is associated with significantly less lymphedema as compared to surgery.

Of the 4,806 patients with early-stage, clinically node-negative breast cancer who the researchers enrolled in the trial, 1,425 went on to have a positive sentinel lymph node biopsy. A total of 744 patients had been randomly assigned to the axillary lymph node dissection group and 681 to the axillary radiotherapy group.

Donker explained that this difference was mainly due to a higher incidence of contralateral breast cancer in the patients treated with axillary radiotherapy. She also noted that since the radiation technique of that time was performed with the use of two tangential fields, the ?extra? radiation to the contralateral breast by including an axillary, or periclavicular field is negligible.

?We have found no indication that the increased incidence of second primary cancers is induced by the radiotherapy,? Donker said. ?Therefore, we strongly believe that axillary radiotherapy is a good alternative to axillary lymph node dissection in this group of patients.?

?Data from another recent clinical trial suggested that there may be some patients who do not need axillary treatment even if they have a positive sentinel lymph node biopsy,? Rutgers added.

?Moving forward, we need to better tailor treatment for each individual patient. Some will still need axillary treatment, and our data indicate that axillary radiotherapy is a good option here,? he concluded.

Study limitations
According to the researchers, the main limitation of the study is that the size of the radiation field was greater than what is currently deemed necessary, which caused some morbidity that may now be avoided. There was also an imbalance in the number of patients who had a sentinel lymph node biopsy in the two arms and the number of recurrences was by far lower than expected, reducing the statistical power of the study.

The researchers, however, noted that these limitations do not adversely affect the conclusion from the trial data that axillary radiotherapy is not inferior to axillary lymph node dissections in terms of locoregional control.