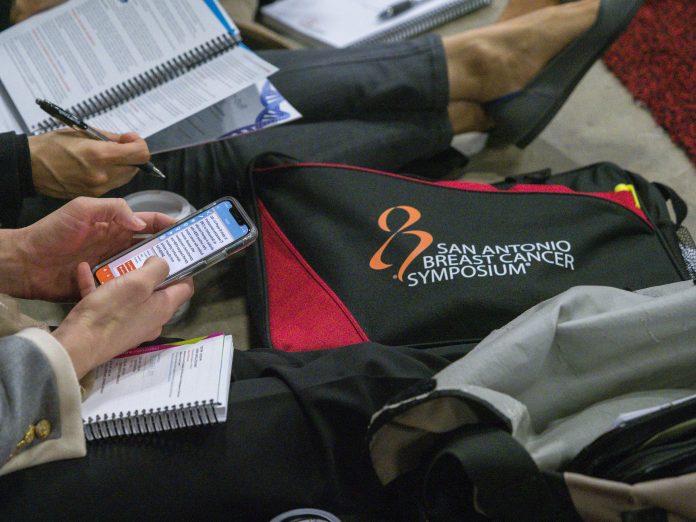 Data from the randomized, Phase III TAM-01 clinical trial, presented at during the San Antonio Breast Cancer Symposium (SABCS), held December 4?8, 2018 in San Antonio, TX, shows that treatment with a low-dose of tamoxifen (5 mg per day;?Nolvadex?; AstraZeneca) halved the risk of disease recurrence and new disease for women who had been treated with surgery following a diagnosis of breast intraepithelial neoplasia compared with placebo. The study results also confirmed that low-dose of tamoxifen did not cause more serious adverse events.[1]

?Breast intraepithelial neoplasia is a term for a group of noninvasive conditions in which abnormal cells are found in the breast, including ductal carcinoma in situ (DCIS), lobular carcinoma in situ (LCIS), and atypical ductal hyperplasia (ADH),? explained Andrea De Censi, MD, director of the medical oncology unit at the National Hospital E.O. Ospedali Galliera ? S.C. Oncologia Medica in Genoa, Italy.

Risk
?These conditions significantly increase a woman?s risk for invasive breast cancer. Because they are often driven by the hormone estrogen, treatment commonly includes five years of tamoxifen, given at 20 mg per day, after surgery and, if needed, radiotherapy.

?Unfortunately, tamoxifen is associated with an increased risk of endometrial cancer and of venous thromboembolism, and can cause menopausal symptoms that lead to treatment discontinuation,? continued De Censi.

?Our data show that in a randomized trial, low-dose tamoxifen was effective at reducing the risk of breast cancer development and recurrence for women with DCIS, LCIS, and ADH, and it did not cause significant serious adverse events or any increase in menopausal symptoms. Therefore, we strongly believe that these data are practice-changing,? he said.

Trial design
De Censi and colleagues randomized 500 women with DCIS, LCIS, and ADH who had been treated with surgery and, if needed, radiotherapy to either low-dose tamoxifen or placebo. Treatment continued for three years and patients were seen by the research team every six months and had a mammogram annually.

There were no significant differences between the two arms in reporting of menopausal symptoms such as hot flashes, vaginal dryness, and pain during intercourse.
?When we compare our low-dose tamoxifen data with results from the NSABP (National Surgical Adjuvant Breast and Bowel Project) B-24 and NSABP-P1 trials of tamoxifen given at 20 mg per day, we see comparable risk reduction and significantly reduced serious adverse events, respectively,? said De Censi.

?We would have liked to do a trial comparing the two doses of tamoxifen, but the cost of such a trial was prohibitive given that we had a limited budget because our funding was from nonprofits and the government.?

Study limitation
According to De Censi, the main limitation of the study is that treatment adherence was only 64.8% and 60.7% in the tamoxifen and placebo arms, respectively. He also said that if compliance to treatment had been higher, he would have expected to see a greater benefit of tamoxifen. De Censi also mentioned that currently, tamoxifen is only available in 10 mg tablets but that prior studies conducted by the researchers have shown that 10 mg every other day are as effective as 5 mg per day at reducing recurrence.

This study was, in part, supported by the Italian Ministry of Health, the Italian Association for Cancer Research, and the Italian League Against Cancer.