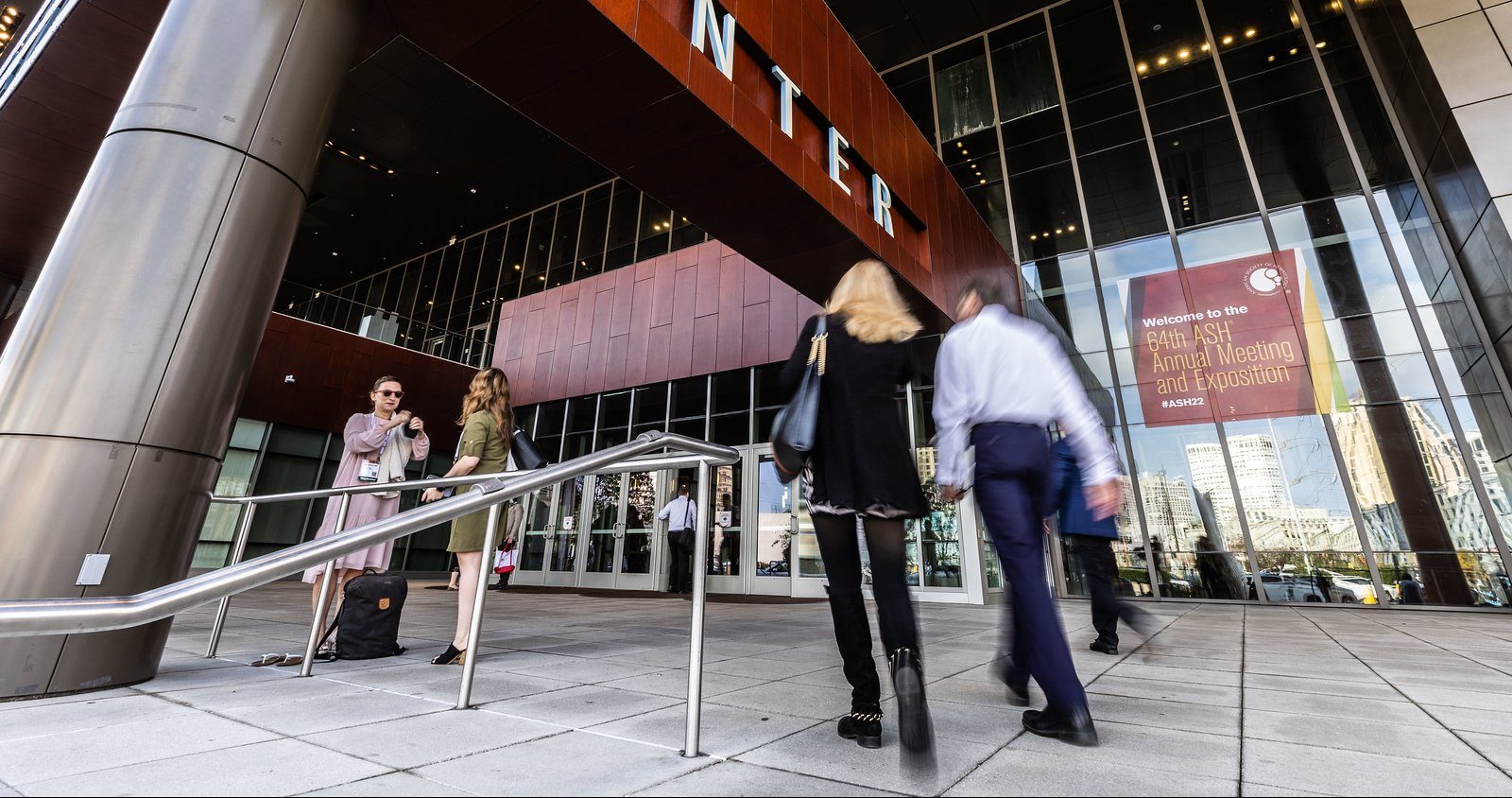 Daily injections of a blood thinner during pregnancy did not increase the rate of live births among women with an inherited blood clotting disorder who had experienced two or more previous miscarriages.

This is the conclusion based on results of an international randomized trial presented during the 64th American Society of Hematology (ASH) Annual Meeting and Exposition behind held December 10 – 13, 2022.

The study was coordinated by Warwick University UK, and Amsterdam UMC, University of Amsterdam the Netherlands and funded by the National Institute for Health Research (NIHR).

Increased risk
“Previous research suggests that people with inherited thrombophilia are at increased risk for experiencing blood clots. Observational studies have shown an association between inherited thrombophilia and recurrent miscarriage, potentially due to clots in the developing placenta,” noted Saskia Middeldorp, MD, Ph.D, of Radboud University Medical Center, a teaching hospital affiliated with the Radboud University Nijmegen, based ion the eastern-central part of the Netherlands. Middeldorp is also the study’s principal investigator.

“For this reason,” Middledorp said, “many doctors treat pregnant women who have inherited thrombophilia with injectable blood-thinning medications to try to reduce their risk of miscarriage, although no randomized controlled trials – the “gold standard” of medical research – had shown that such treatment was effective.”

“It has become common medical practice to test women experiencing recurrent miscarriage for inherited thrombophilia and to treat those found to have the condition with injectable blood thinners, despite absence of evidence that this improves their chances of having a successful pregnancy,” she added.

Testing for thrombophilia and blood thinners is costly, and self-administering daily injections of a blood thinner is also burdensome and negatively affects health related Quality of Life (hrQoL)

“Side effects such as bruising at injection sites are common. We believed it was important to determine in a randomized controlled trial whether this treatment was actually helping patients,” Middeldorp noted.

Study design
The study, known as ALIFE2, and registered within the Dutch Trial Register (NTR3361) and EudraCT (UK: 2015-002357-35), enrolled 428 women with inherited thrombophilia and a history of miscarriage who were again trying to become pregnant. Their average age was 33 years of age, with approximately one third being 36 years or older, and 83% were white, and 70% of the participating women had a history of 3 or more miscarriages.

The most common thrombophilia types were heterozygosity for factor V Leiden (56%), prothrombin 20210A mutation (25%), and protein S deficiency (14%). Aspirin was used as co medication in 11%.

Inclusion and exclusion
Women who were actively trying to conceive or those who were less than 7 weeks pregnant were eligible for inclusion. They were excluded if duration of current pregnancy was 7 weeks or more, if they had an indication for anticoagulant treatment during pregnancy, a contraindication for low-molecular-weight heparin therapy, a known allergy for low-molecular-weight heparin or previous enrollment in this trial.

A total of 326 women conceived and were randomly assigned (1:1) to receive either standard pregnancy care once they had a positive urine pregnancy test (i.e., regular prenatal visits and testing, including ultrasound exams) plus a once-daily self-administered injection of a blood thinner (enoxaparin 40 mg, dalteparin 5,000 IU, tinzaparin 4,500 IU or nadroparin 3,800 IU) or standard pregnancy care alone.

Low-molecular-weight heparin therapy was started ≤ 7 weeks of pregnancy and continued until the end of pregnancy.

Patients in the blood-thinner group were instructed to stop their daily injections when they experienced the first signs of labor. All study participants were followed up until six weeks after giving birth. Six women (two in the blood thinner group and four in the standard care group) were lost to follow-up or dropped out during the study.

Women experiencing adverse events, such as bleeding, a drop in platelet count (platelets are the components of red blood cells that help the blood to clot), itching, bruising, or swelling, differed between the two groups: 44% among those taking a blood thinner compared with 27% among those receiving standard care. The difference could mainly be attributed to bruising and skin reactions around the injection site.

The study’s findings should be reassuring for women with thrombophilia who have experienced multiple miscarriages, she said. “It’s important to keep in mind that approximately one in three to four of all pregnancies ends in a miscarriage,” she said. “Our study showed that, with standard pregnancy care – and without expensive testing and burdensome medication use – slightly more than 70% of women had a live birth, [which is what we typically see in the general population].”

“One one of the limitations was that study was relatively small, though it was an accomplishment to enroll so many pregnant women; most women (83%) were white. In addition, because the study was not blinded, both the women and their doctors knew which treatment group (blood thinners or standard care alone) each woman was assigned to and finally, 18 women who were randomly assigned to standard care were switched to the blood thinner group before 12 weeks of pregnancy, i.e., during the window when miscarriage could still occur. However, an analysis that excluded these women did not change the study’s conclusions,” Middledorp explained.