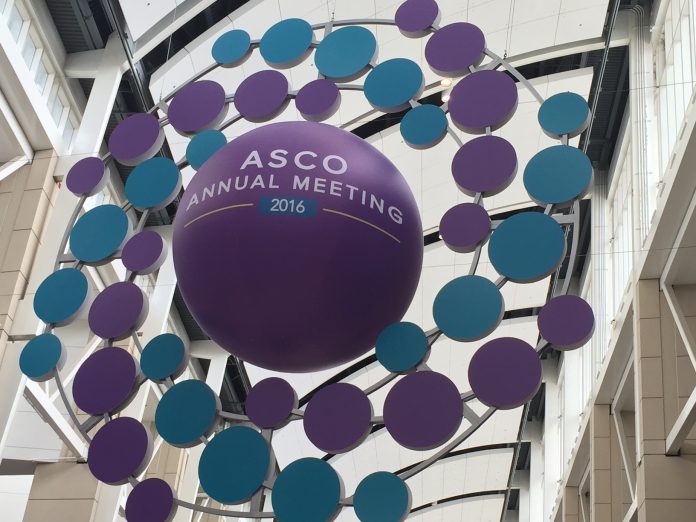 In a phase II study, IMvigor 210, atezolizumab (Tecentriq?; Genentech, a member of the Roche Group) shrank tumors (objective response rate, ORR) in 24% (n=28) of people with locally advanced or metastatic urothelial carcinoma (mUC) who have not received a prior treatment (first-line) and who were ineligible for cisplatin-based chemotherapy. Of those people who responded, 75% (n=21) continued to respond to treatment and the median duration of response (DOR) had not been reached at the time of analysis.

The investigational drug atezolizumab is a monoclonal antibody designed to bind with a protein called PD-L1 which is expressed on tumor cells and tumor-infiltrating immune cells, blocking its interactions with both PD-1 and B7.1 receptors. By inhibiting PD-L1, atezolizumab may enable the activation of T cells.

Trial development
The IMvigor 210 trial is an open-label, multicenter, single-arm Phase II study that evaluated the safety and efficacy of atezolizumab in people with locally advanced or mUC, regardless of PD-L1 expression.

People in the study were enrolled into one of two cohorts.

Cohort 1 consisted of people who had received no prior therapies for locally advanced or mUC and who were ineligible for first-line cisplatin-based chemotherapy.

More trial results
A total of seven percent (n=8) of all people in the study achieved a complete response (CR). The median overall survival (OS) was 14.8 months. The safety profile of atezolizumab was consistent with that observed in an earlier analysis of the study, as well as in other studies of atezolizumab as a monotherapy. Full results were presented in an oral session at the 52nd Annual Meeting of the American Society of Clinical Oncology (ASCO) and highlighted as part of ASCO?s official press program.

“These results are highly encouraging because about half of all people with this type of bladder cancer are not able to tolerate a cisplatin-based chemotherapy, and alternative treatments bring very limited duration of response,” noted Sandra Horning, M.D., chief medical officer and head of Global Product Development. “This is why we are particularly pleased that the majority of people who responded to atezolizumab continued to respond at the time of analysis.”

According to the American Cancer Society (ACS), it is estimated that more than 76,000 Americans will be diagnosed with bladder cancer in 2016. About 11% of new diagnoses are made when bladder cancer is in advanced stages. There is a dramatic difference in survival rates between early and advanced bladder cancer. Approximately 96 percent of people will live five or more years when diagnosed with the earliest stage of the disease, compared to 39 percent when diagnosed in advanced stages (stage III-IV) of the disease.

Men are about three to four times more likely to get bladder cancer during their lifetime than women.