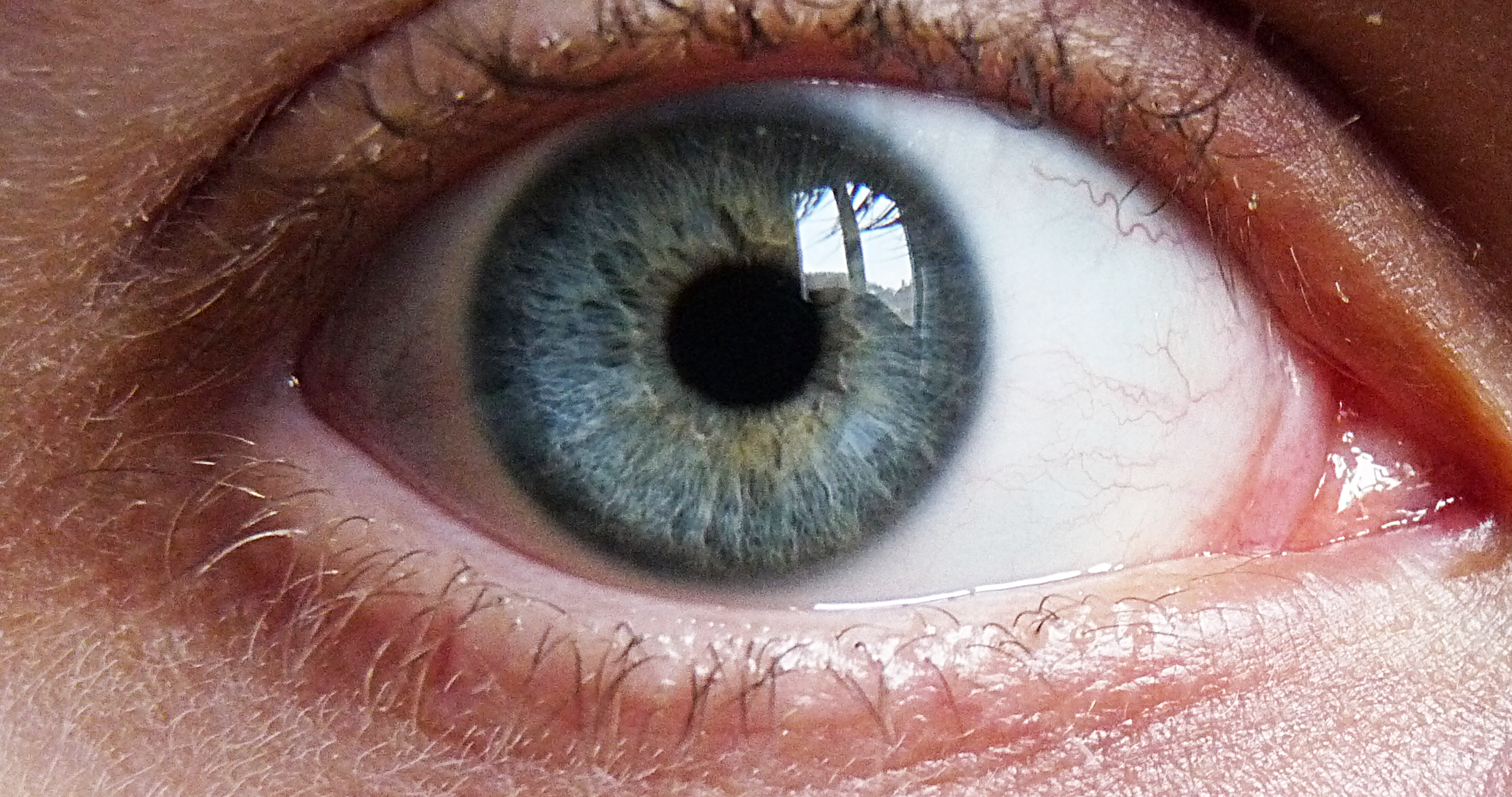 Uveal melanoma, which is also called ocular melanoma, is the most common primary intraocular cancer in adults. Up to 50% of patients diagnosed with uveal melanoma will develop metastases. In most cases, these patients will have a poor outcome. The clinical course of patients with metastatic uveal melanoma is generally determined by the progression of the disease in the liver. Chemotherapies or liver-directed treatments do not necessarily result in long-term tumor control.[1]

Historically, the median survival of patients with metastatic uveal melanoma to the liver has been up to 5 months. Today, there are currently no effective systemic chemotherapy regimens for the treatment of liver metastases from this type of rare cancer. This is, in part, due to the fact that only a few clinical trials have been conducted for metastasized uveal melanoma.

This study was sponsored by Immunocore.

“Even though uveal melanoma is rare overall, it is the most common eye cancer in adults, and represents approximately 3-5% of all melanomas,” said Jessica Hassel, MD, associate professor and section head of DermatoOncology in the Department of Dermatology and the National Center for Tumor Diseases at the University Hospital Heidelberg in Heidelberg, Germany.

“Prognosis for uveal melanoma is very poor with a median survival after metastasis of less than one year, and there are currently no standard-of-care treatments for this aggressive cancer,” she noted 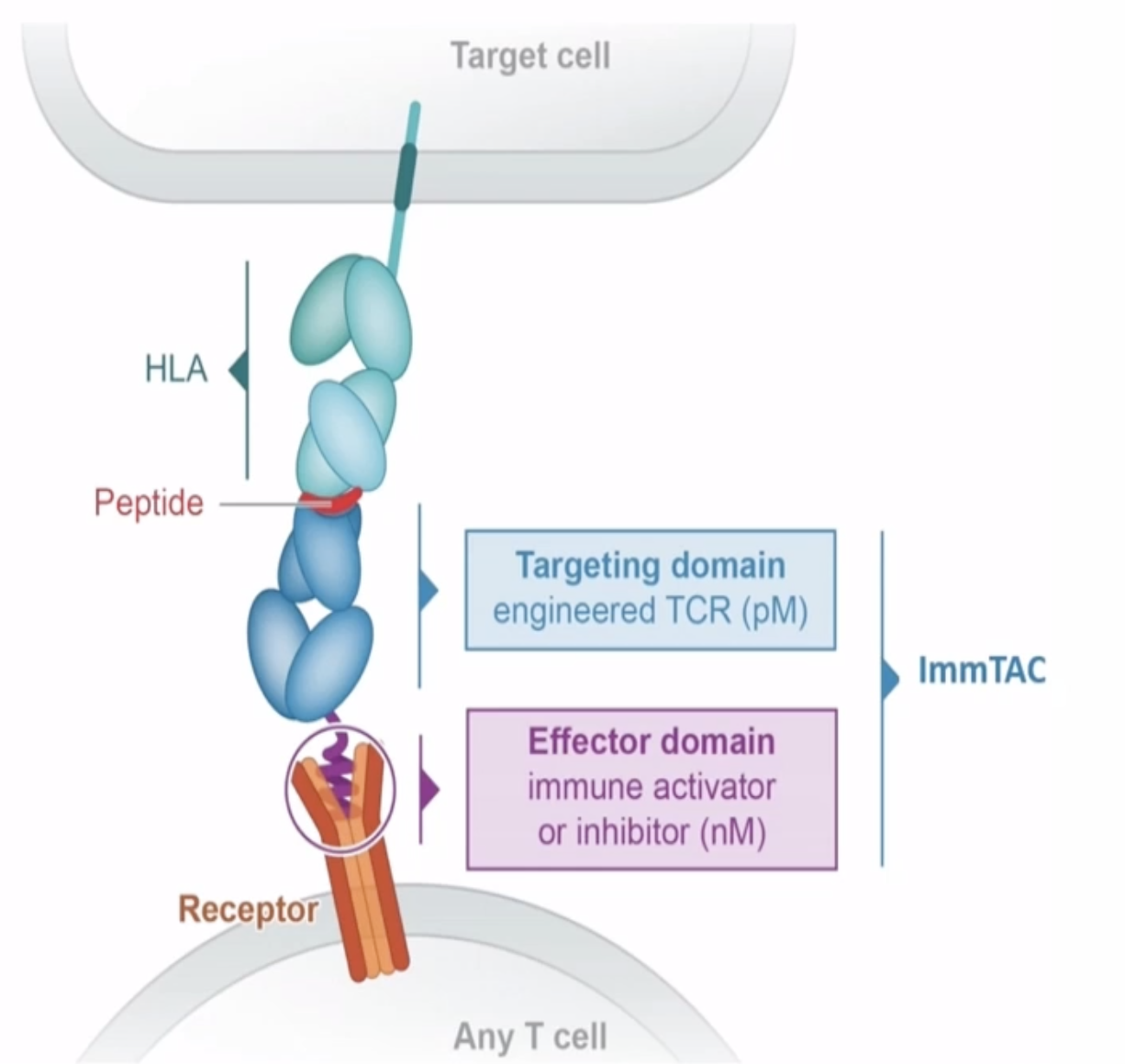 One end of tebentafusp recognizes a part of the gp100 protein expressed in melanoma cells. This recognition occurs through a high-affinity T-cell receptor (TCR) binding domain that targets the gp100 antigen, which is presented by the tumor cells using a specific HLA (for human leukocyte antigen) type, known as HLA-A*02:01. The other end of tebentafusp binds, activates, and redirects T cells to attack the gp100-expressing melanoma cells, explained Hassel.

Because the TCR binding domain only recognizes a specific gp100-derived peptide presented on HLA-A*02:01, tebentafusp can only be used to treat patients with this HLA type, Hassel said. However, this HLA type is frequently observed in Caucasians, the population most affected by uveal melanoma, with roughly 50% of Caucasians expressing this HLA type, she added.

After a median follow-up of 14.1 months, compared with patients randomly assigned to investigator’s choice, patients randomized to tebentafusp had almost half the risk of death. Further, the estimated one-year OS rate was 73.2% among patients in the tebentafusp arm, compared with 58.5% in the investigator’s choice arm. The difference in progression-free survival (HR 0.73) was statistically significant between the two treatment arms, but much less compared to overall survival.

Response rates according to RECIST were 9% with tebentafusp (one complete response, 22 partial responses) and 5% with investigator’s choice. The disease control rate including patients with stable disease at 12 weeks was 46% and 27%, respectively.

Patients who do not have either a partial response or stable disease but experience disease progression, called best response of progressive disease, are generally not considered to be benefiting from a therapy.

“However, surprisingly, in a landmark Day 100 analysis limited to patients who had a best response of progressive disease, tebentafusp still conferred a better overall survival compared to the investigator’s choice,” Hassel explained.

Immune checkpoint inhibitors
While immune checkpoint inhibitors are commonly used treatments for metastatic uveal melanoma, the benefit is very limited, in contrast to cutaneous melanoma. This difference may, in part, be explained by the fact that uveal melanoma belongs to the cancers with a low mutational burden, which can lead to impaired T-cell recognition, Hassel explained.

“Tebentafusp redirects any T cell to target cells expressing gp100 and thereby has the chance to activate the immune response against the gp100-expressing uveal melanoma,” she added.

The major limitation of tebentafusp is that it can only be used in patients who have a specific HLA type, Hassel said.

“There still remains an unmet need for patients who do not have this particular surface protein,” she noted.

Commenting on the results, Antoni Ribas, MD, Ph.D., professor of medicine, surgery, and molecular and medical pharmacology at the University of California in Los Angeles and the the 2020 – 2021 president of the American Association for Cancer Research or AACR, said: “In over 50 or 60 years of research, there had never been a treatment that had shown improvement in overall survival is one being the first one.”

“This study has several firsts.  It’s the clinical trial which demomstrated an improved overall survival in patients with uveal melanoma. It is also the first TCR therapeutic that has been successfully developed. And it’s the first, therapeutic that’s has shown an improvement in a randomized trial. So I think it’s a practice changing study to be able to use this in the clinic,” Ribas added

Adverse events
Treatment-related adverse events were manageable and consistent with the proposed mechanism.Adverse events associated with tebentafusp treatment were predictable and manageable, Hassel noted, and the rate of treatment discontinuation was lower in the tebentafusp arm compared with the investigator’s choice arm (2% versus 4.5%, respectively).

In a separate oral presentation during the virtual annual meeting of the AACR, Marcus O. Butler shared an analysis of previously treated uveal melanoma patients who had prolonged survival.

Furthermore, two posters from the phase II IMCgp100-102 study include analyses that investigated the proposed mechanism of action (MoA), including inducing an increase in cytokines and T cell trafficking into the tumor.

Regulatory development
Tebentafusp has been granted Breakthrough Therapy Designation, Fast Track designation, and orphan drug designation by the U.S. Food and Drug Administration (FDA) and Promising Innovative Medicine (PIM) designation under the UK Early Access to Medicines Scheme for metastatic uveal melanoma. Immunocore will be working with the FDA to complete the submission of a BLA for tebentafusp in the third quarter of 2021.

Study Shows Combining BMI with Body Shape may be a Better Predictor of Cancer...