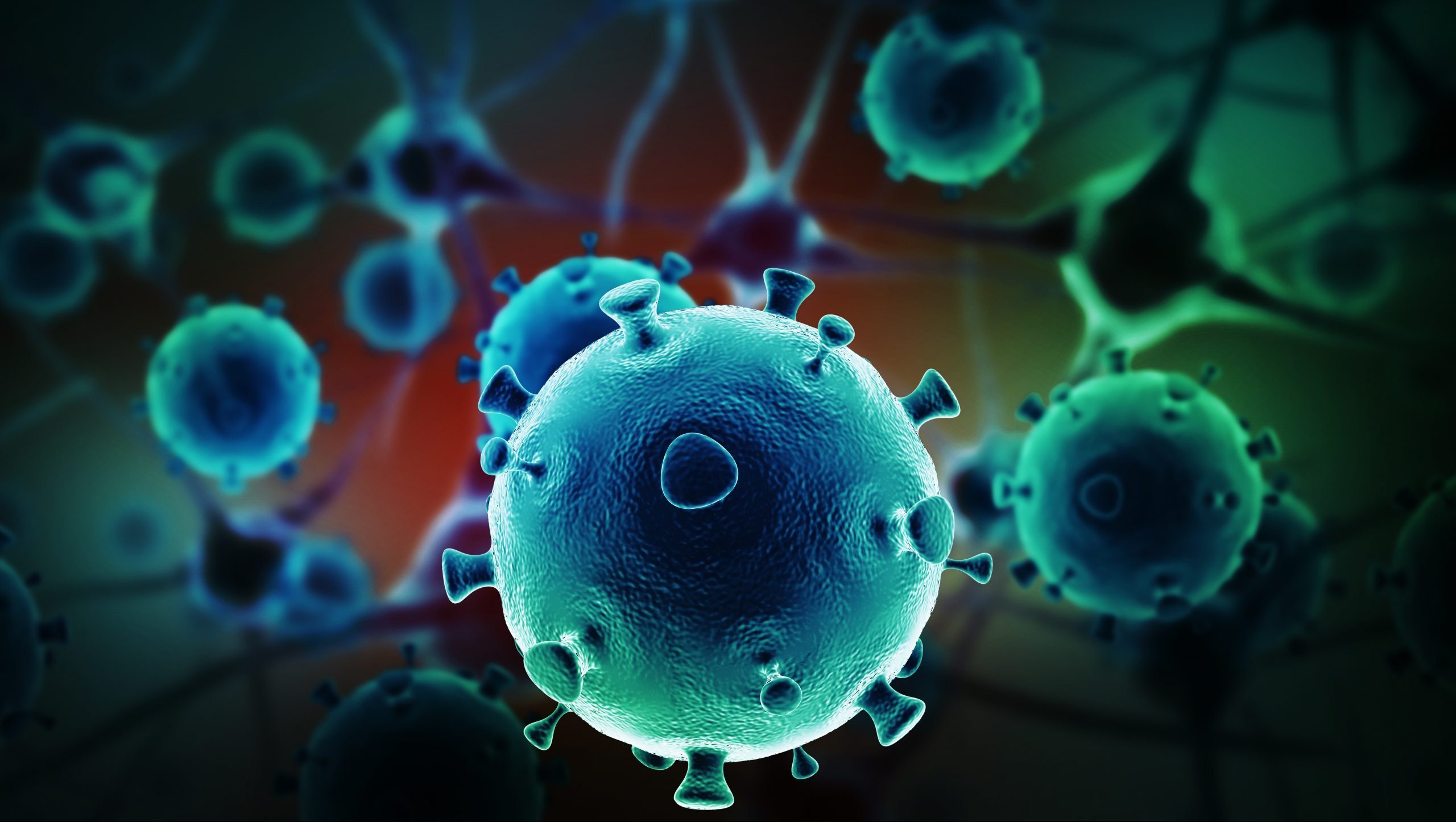 Washington State-based AmunBio and Chicago-based NorthShore University HealthSystem’s Research Institute have agreed to collaborate in the development and the commercialization of an innovative technology platform of novel immunotherapeutic oncolytic viruses. AmunBio has an exclusive option to license this technology.

The proprietary platform technology has the potential to generate a strong pipeline of patient-centric next-generation immunotherapeutic oncolytic viruses.

The concept
Oncolytic viruses are a form of immunotherapy that uses native or reprogrammed viruses to infect and selectively kill cancerous cells. The concept of using viruses in killing cancer is, however, not new. At the turn of the nineteenth century, when the existence of viruses was first recognized, there has been considerable interest in using viruses as possible agents of tumor destruction.

The use of viruses in cancer treatment was not the result of true understanding and discerning theory of a possible therapy, but rather, was based on the observation that, in some cases, patients diagnosed with cancer or hematological malignancies who contracted an infectious disease went into brief periods of clinical remission

In one case, in a patient diagnosed with leukemia, it was well recognized that the contraction of influenza produced beneficial effects. And while doctors were not able to report cases where an accompanying infectious disease led to a complete cure of leukemia, they believed that a treatment based upon the causal infection would, potentially, provide an alternative to the ‘hopelessness of the ordinary treatment of leukemia.'[1]

And while in this approach of infecting cancer patients the immune system arrested the impact of the viruses in most cases, and the viruses failed to impact tumor growth, when, in immunosuppressed patients, infection persisted, tumors regressed. However, morbidity as a result of the infection of normal tissues was unacceptably high, ending attempts to develop novel virus-based treatment options.[2]

In the 1950s and 1960s, with the advent of rodent models and new methods for virus propagation, researchers attempted to develop viruses with greater tumor specificity, but success was limited, and, again, most researchers abandoned their research in finding a virus to kill cancer in the 1970s and 1980s. [2]

Resurgence
However, more recently, there has been a resurgence of interest in finding viruses that can be used to target and attack tumors that have already formed. Some of these modifiied viruses—but not all—are known as oncolytic viruses and represent a promising approach to treating cancer. And today, the development of oncolytic viral therapies, which represents a unique therapeutic paradigm within Immuno-Oncology, is rapidly gaining momentum.

In November 2005 research and development of oncolytic viruses got a welcome boost when Chinese medical regulators approved Shanghai Sunway Biotech’s genetically modified adenovirus oncorine (H101). This drug was the world’s first oncolytic viral therapy for the treatment of nasopharyngeal carcinoma in combination with chemotherapy after the phase III clinical trial. At the same time, the company also bought the rights to Onyx-15 (dl1520), an almost identical oncolytic virus* developed by Onyx Pharmaceuticals which was scheduled to be included into phase III clinical trials for lung cancer in 2000.

Onyx-15
The development of Onyx-15 began in 1996 when Frank McCormick***, Ph.D. FRS, the co-founder of Onyx Pharmaceuticals and one of the company’s biochemists, initiated and led various drug discovery efforts.

McCormick believed that an adenovirus without its E1B gene, which inactivates the host cell’s p53 gene, would be able to selectively kill cancer cells. He believed that because normal cells harboring the modified virus, the defenseless virus would be subject to p53-mediated cell cycle arrest, preventing the virus from replicating. Cancer cells lacking p53 would be thus be unable to halt viral replication and would be lysed, with multiplied viruses bursting out to infect and destroy the entire tumor.

Unfortunately, while McCormick’s hypothesis seemed brilliant, it was also incorrect. Research shoeed that Onyx-15 was not specific for p53-null cells. However, in early human trials, the oncolytic virus still killed tumor cells preferentially and was superior to chemotherapy alone. In its phase III trial with oncorine, Shanghai Sunway Biotech reported a 79% response rate for oncorine plus chemotherapy, compared with 40% for chemotherapy alone.

While various key opinion leaders and experts believe that a completed phase III trial of Onyx-15 would have resulted in FDA approval, the development and phase III clinical trial of the oncolytic virus was suspended when Pfizer acquired Warner-Lambert, Onyx’s development partner.

Looking back, if approved, Onyx-15 would, as some experts suggest, been made obsolete by better oncolytic viruses. One of the reasons is that the deletion of E3 limited the potency of Onyx-15. But the suspension of the phase III trial stigmatized the development of oncolytic viruses because, as a result, many researchers inaccurately assumed that Onyx-15 trial failed. In reality, the trial never started.

Melanoma
In 2015, the U.S. Food and Drug Administration (FDA) approved the first oncolytic virus immunotherapy for the treatment of cancer called talimogene laherparepvec or T-VEC (Imlygic®; Amgen). The treatment is a genetically modified oncolytic viral therapy indicated for the local treatment of unresectable cutaneous, subcutaneous, and nodal lesions in patients with melanoma recurrent after initial surgery. Talimogene laherparepvec involves a herpes virus that has been engineered to be less likely to infect healthy cells as well as cause infected cancer cells to produce the immune-stimulating GM-CSF protein.

While in clinical trials and following regulatory approval oncolytic viruses have indeed met the challenge and have become a valuable tool in the anti-cancer armamentarium, there is still much work that needs to be done in the development of novel immunotherapeutic agents based on this approach.

The technology is based on more than 20 years of research by Prem Seth, Ph.D., Director, Gene Therapy Program at NorthShore, and AmunBio’s founder and Chief Scientific Officer, and his associates.

AMUN-003
The agreement between AmunBio and NorthShore University HealthSystem’s Research Institute includes the development of AMUN-003, an adenovirus-based immunotherapeutic Immuno-Oncology agent, which is being developed for the treatment of multiple solid tumors, including (triple-negative) breast cancer (TNBC) and melanoma, and the ongoing development of additional immunotherapeutic oncolytic viruses.

Following a planned Investigational New Drug (IND) application, which is expected in late 2021/early 2022, AmunBio is planning multiple Phase I clinical trials of AMUN-003 alone or in combination with checkpoint inhibitors.

AmunBio’s AMUN-003 blocks suppression of the immune response inside the tumor stimulates the recruitment of cancer-killing immune cells and avoids non-specific inflammation. AMUN-003 can be administered both locally as well as systemically.
Preclinical studies with AMUN-003 in breast cancer alone, compared to prior oncolytic virus constructs, demonstrated near-complete breast cancer inhibition. [3]

“Based on preclinical studies, we believe that AMUN-003 may lead to long-term protection from cancer recurrence,” Seth said.

Incidence of cancer
“We believe that in the treatment of cancer, there are still not enough new options,” noted Cecilia Zapata-Harms, MS, MHA, AmunBio Chief Operations Officer.

“While last year, in 2020, the world focused on the SARS-CoV-2 pandemic, more than 9 million people worldwide lost their fight against cancer. *** [4] Among them were more than 600,000 Americans. Our novel viral immunotherapeutic approach may result in significantly more efficacious treatment options, promising to dramatically improve the outcome for many patients diagnosed with cancer,” she observed.

“We are delighted to be partnering with NorthShore and to be part of ongoing research initiatives to improve the lives of patients,” said Zapata-Harms, commenting on research collaboration with the Research Institute.

Breakthrough research
The Research Institute is the research arm of NorthShore University and supports the organization’s core mission “to preserve and improve human life” through academic excellence and innovative research. The scientists at the research are involved in a wide range of research activities, from lab-based translational research and advanced imaging to clinical trials. As part of this, NorthShore providing the infrastructure and resources for research, which include both administrative and regulatory oversight of investigative studies. The organization has a long history of ‘firsts.’

“We’re humbled by the fact that the same institution, where in the early 1920s George Frederick Dick, MD, and Gladys Henry Dick, MD pioneered the development of a toxin for the prevention of scarlet fever, stands behind our work in developing engineered oncolytic virus for Immuno-Oncology. It’s also the same institution where the American pediatrician Louis Wendlin Sauer, MD, in the 1930s, perfected a vaccine used to prevent pertussis (whooping cough), and, more recently, scientists have developed novel treatment options for diseases like MRSA, reducing infection rates through the study of preventative screenings and diagnostic testing,” said Andrei R. Shustov, MD, a member of AmunBio Scientific Advisory Board.[5][6]

“With the collaboration between the Research Institute and AmunBio we’re able to address many of the challenges that have prevented previous endeavors from delivering on the full potential of immunotherapeutic oncolytic viruses within Immuno-Oncology, allowing us to discover and develop novel drug candidates for some of the most challenging cancers,” Wachtel concluded.

Featured image: A microscopic view of a virus with a depth of field. Photo courtesy: © 2020 – 2021 AmunBio, Inc. Used with permission