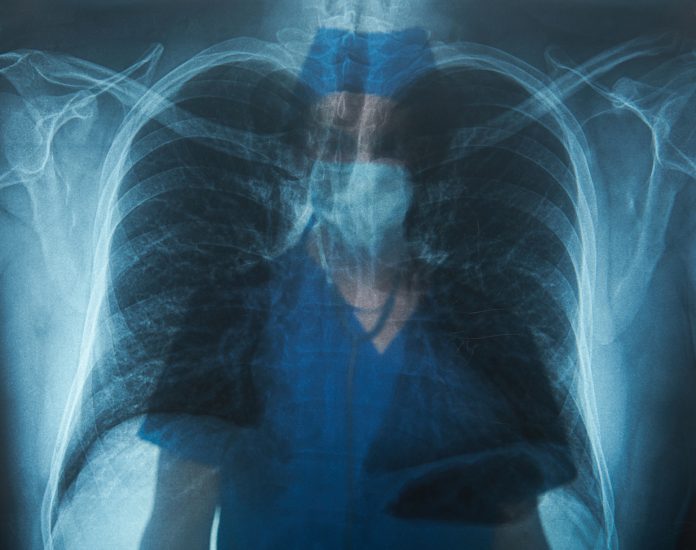 During the meeting, part of the National Lung Cancer Awareness Month Kickoff, results of a national survey were released highlighting Americans? lack of awareness about lung cancer, the number one cancer killer of both men and women.

?We surveyed [more than] 2,000 adults to gauge their knowledge about lung cancer,?? said Dusty Donaldson, of the Lung Cancer Action Network. ?We expected to see a lack of public awareness about lung cancer, however, [what we noticed was that the] level of public ignorance about this disease is simply stunning.?

Every day, 422 Americans die from lung cancer while every hour, 27 people are diagnosed with the disease…


Worse than breast cancer
Lung cancer kills nearly twice as many women as breast cancer and nearly three times as many men as prostate cancer. In fact, lung cancer claims more lives than the next three cancers combined (colon, breast and pancreatic). For too long, those with lung cancer have not been aware of screening and have been shunned by the stigma of lung cancer. Several advocacy organizations, cancer survivors and experts came together in the nation?s capital today to take a stand and draw attention to an often ignored and misunderstood disease.

Number one
“We don?t want to be number one,? says lung cancer survivor Dusty Donaldson of the Lung Cancer Action Network, “but [unfortunately,] we are. And, yet, even though we are the number one cancer killer in the United States and worldwide ? of both men and women ? the public is embarrassingly ignorant about this disease,” Donaldson explained.

Results of the “Know Your Cancer” national survey of 2,026 adults in the U.S. were released at the National Press Club in Washington, DC today at the Lung Cancer Awareness Month Kickoff & Panel Discussions. Additionally, two panels of renowned experts, advocates and survivors addressed?from historical and forward-looking perspectives?lung cancer advocacy and scientific breakthroughs.

The survey revealed that the public is utterly misinformed about lung cancer. Some of the survey highlights show:

For far too long, people at risk for lung cancer have been unaware of screening and shunned by the stigma of lung cancer.

“Yes, the reality of this disease is harsh,” Donaldson said. “However, thanks to research, we now have more tools than ever to catch it early and treat it more effectively. Those at high risk need to know that screening is available. Our message is hope,” she added.

Lung cancer facts
The fact about lung cancer is that it is the third most common cancer and the leading cause of cancer-related death in both men and women in the United States. According to the latest statistics, approximately 154,000 Americans are expected to die from lung cancer in 2018. Looking at statistics also shows that over the past 39 years the rate of new lung cancer cases has fallen 32% among men while increasing 94% among women.[5]

Anyone can get Lung Cancer
The purpose of the event was to inform the public that anyone can get lung cancer, share recent promising scientific advancements, underscore hope and diminish the stigma of lung cancer.

Featured Image: Doctor on back of x-ray image of human lungs. Courtesy: ? 2018 Fotolia. Used with permission. Photo 1.0: Dusty Donaldson of the Lung Cancer Action Network. Donaldson was diagnosed with lung cancer in 2005, at the age of 51. She underwent surgery to remove two lobes from her right lung, followed by adjuvant chemotherapy. She completed treatment within six months of her diagnosis and has been out of treatment since March 2006. In 2016, Dusty co-authored the book The ABCs of Lung Cancer: for Patients and Advocates with her daughter, Kimberly Lester.? Courtesy: ? 2018 International Association for the Study of Lung Cancer (IASLC). Used with permission.