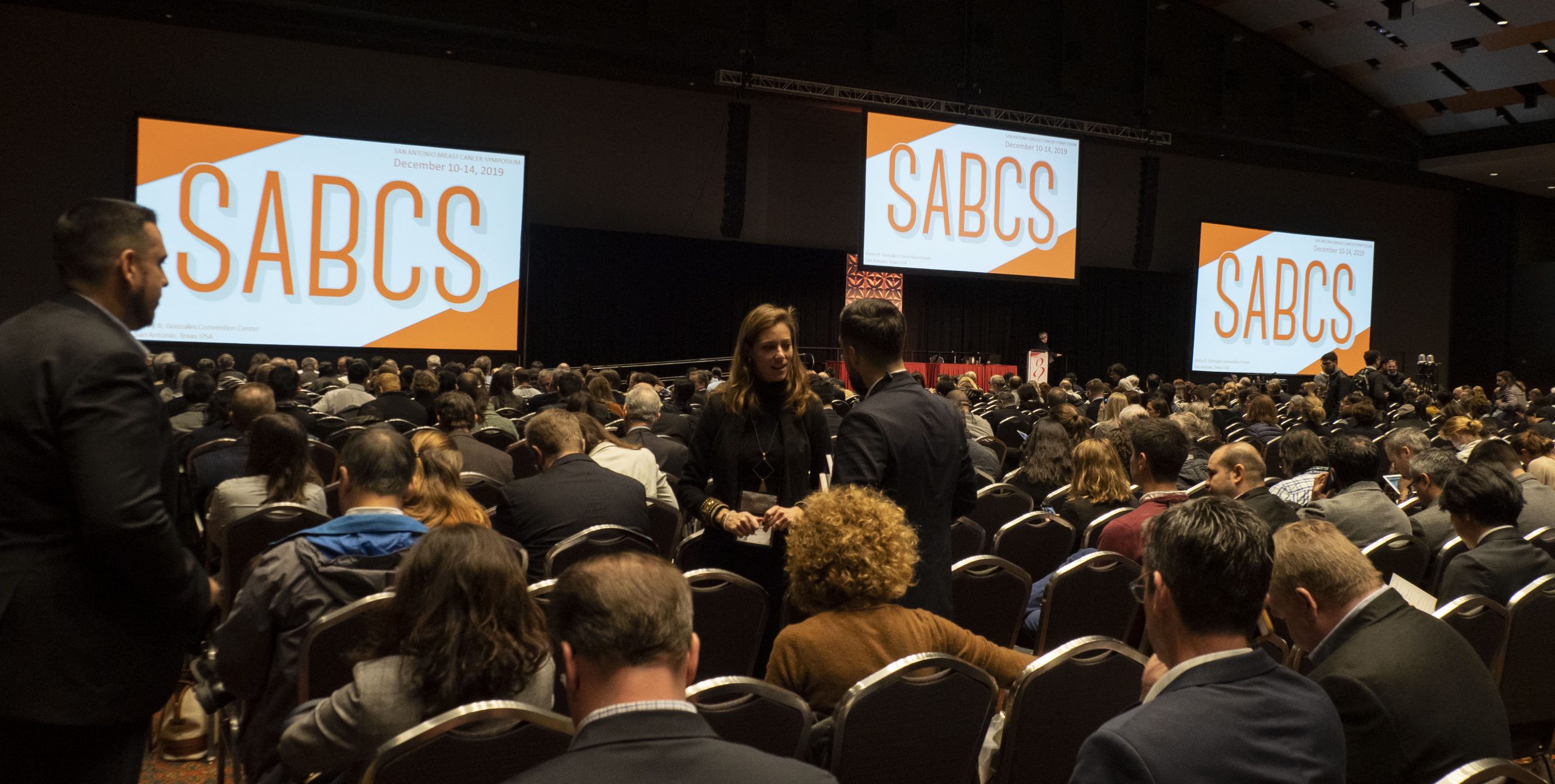 HR+, HER2- breast cancer, the most common subtype, is a complex disease, and many factors – such as if cancer has metastasized to the lymph nodes and the biology of the tumor – can impact the risk of recurrence.[5][6]

To meet the unmet medical needs of these patients, and to prevent early recurrence and development of metastases for this group of patients, new superior treatment options are needed.

The open-label, randomized phase III monarchE trial, sponsored by Eli Lilly and Co., investigated the addition of abemaciclib (Verzenio®; Eli Lilly and Co.), a cyclin-dependent kinase 4 and 6 (CDK4/6) inhibitor approved in combination with standard-of-care adjuvant endocrine therapy for the treatment of HR+, HER2− advanced breast cancer.

“While many patients with HR-positive early breast cancer will not experience recurrence on endocrine therapy alone, approximately 20% may experience disease recurrence in the first 10 years, often in the form of incurable metastatic breast cancer,” noted Priya Rastogi, M.D., associate professor at the University of Pittsburgh School of Medicine, medical oncologist at UPMC Hillman Cancer Center and medical director of the National Surgical Adjuvant Breast and Bowel Project (NSABP) Foundation.

“The risk of recurrence is higher among patients whose cancer has certain clinical and/or pathological risk factors such as a high number of positive lymph nodes, large tumor size, or a high cellular proliferation as measured by tumor grade or biomarkers,” Rastogi continued.

“There is a significant unmet need for this patient population, and research must be done to find new treatment options to help prevent early breast cancer from returning for these patients,” she added.

The current study describes an extended follow-up of this trial, capturing results from 395 invasive disease-free events with a median follow-up time of 19 months.

Following surgery, and radiotherapy and/or chemotherapy as indicated, patients were randomly assigned to receive standard of care adjuvant endocrine therapy with or without abemaciclib (150 mg twice per day for two years).

Patients were eligible to be included if they had at least four positive nodes, or had one to three positive nodes in combination with either grade 3 disease, a tumor of at least 5 cm, or centrally assessed high Ki-67 status (where “high” is defined as at least 20% positivity in tumor cells). Higher levels of Ki-67 protein are indicative of a fast-growing, aggressive tumor with an increased probability of recurrence.

Analysis
At the time of this analysis, 1,437 patients (25.5%) had completed the two-year treatment period and 3,281 patients (58.2%) were in the two-year treatment period. Compared with patients who received endocrine therapy alone, those who also received abemaciclib had a 28.7 percent reduced risk of invasive disease (HR: 0.713; 95% CI: 0.583, 0.871; p = 0.0009). This statistically significant improvement corresponds to a three percent difference in the two-year rate of invasive disease-free survival (IDFS) between arms (92.3% in the abemaciclib arm and 89.3% in the control arm).

In addition, the researchers observed an improvement in the two-year distant relapse-free survival (DRFS) rate among patients who received the combinatorial treatment compared with those who received endocrine therapy alone (93.8% versus 90.8%, respectively).

“The monarchE primary outcome data builds on the significance of the results of the interim analysis with a 28.7 percent reduction in the risk of recurrence for patients with HR+, HER2-, high-risk early breast cancer,” explained Maura Dickler, M.D., vice president, late phase development, Lilly Oncology.

“We are extremely pleased that these results continue to be strong and reinforce Verzenio as the only CDK4 & 6 inhibitor with positive results in the early breast cancer setting. We thank all those who participated in the trial and we are committed to making Verzenio available for these patients as quickly as possible,” she added.

The researchers also evaluated outcomes among 2,498 patients with centrally assessed high Ki-67 status. Among patients in this cohort and whose tumors had high Ki-67 (≥20%), abemaciclib in combination with endocrine therapy, also significantly decreased the risk of breast cancer. These patients had a 30.9% decreased risk of invasive disease compared with those who received endocrine therapy alone (HR: 0.691; 95% CI: 0.519, 0.920).  The two-year IDFS rates in the combination arm and the endocrine therapy alone arm were 91.6% and 87.1%, respectively.

According to the investigators, this is the first time a prespecified threshold of ≥20% for Ki-67 has been used to prospectively evaluate the utility of central Ki-67 using a standardized assay in a phase III registration trial. These results suggest that Ki-67 ≥20% could be used together with clinicopathological features of nodal involvement, tumor size, and grade, to identify patients with HR+, HER2-, early breast cancer at high risk of recurrence.

“Across the spectrum of data for abemaciclib, we have observed a consistent benefit, in all subgroups,” said Rastogi.

Safety data from this trial were consistent with the known safety profile of abemaciclib and no new safety signals were observed.

“These clinically meaningful results have the potential to change how high-risk, HR-positive, HER2-negative early breast cancer is treated,” she concluded.

Rastogi noted that overall survival data are immature at this time, and additional follow-up is warranted.