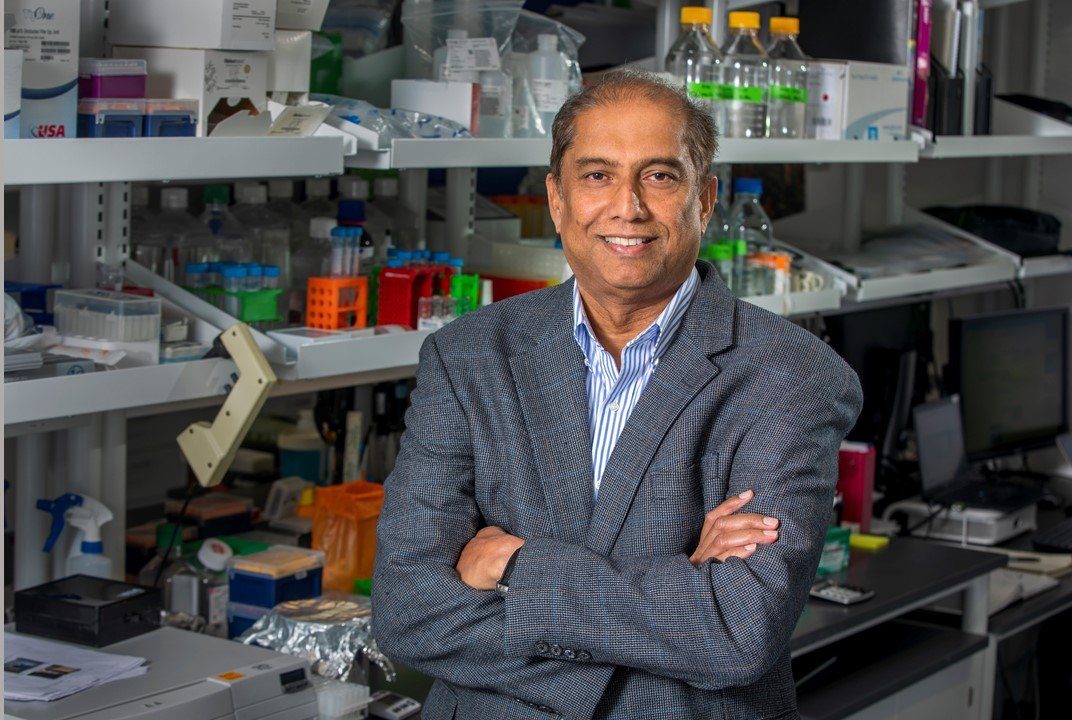 Medulloblastoma, the most common type of cancerous brain tumor in children, is a malignant brain tumor that commonly starts in the lower back part of the brain, called the cerebellum, which is involved in muscle coordination, balance, movement anding, and other complex motor functions.

According to the American Cancer Society the relative 5-year survival rate for patients diagnosed wit medulloblastoma is 72.1%.  However, many factors can affect prognosis. This includes the tumor grade and type, traits of the cancer, the person’s age and health when diagnosed, and how they respond to treatment.

Group 4 is the most common of all medulloblastoma subgroups, contributing to approximately 35% of all cases and thus accounting for a large percentage of what has often been referred to as non-WNT/non-SHH medulloblastoma in recent years. Group 4 tumors tend to have an ‘intermediate’ prognosis compared with the other subgroups. [1][2][3]

Distinguishing between Group 3 and Group 4
It may soon be possible to identify Group 4 medulloblastomas from the more aggressive Group 3 tumors.

Research, funded in part by the Schamroth Project funded by Ian’s Friends Foundation, Hough Family Foundation, and Susan and Robb Hough, looked at a little-explored part of RNA, which creates proteins, could lead, according to investigators at the Johns Hopkins Kimmel Cancer Center, to the development of better-targeted cancer treating drugs.

The findings were published in August 22, 2022 in the journal Neuro-Oncology Advances.[4]

To date, it is difficult to distinguish Group 3 tumors — which have a better prognosis (five-year survival is 75%-80%) — from Group 4 tumors. Treatment for Group 3 is more aggressive than Group 4, often including radiation therapy. Distinguishing between Group 3 and Group 4 medulloblastomas relies on immunohistochemistry of tissue samples–specialized testing used to distinguish types—and imaging.

“Group 3 and group 4 medulloblastomas are very similar to each other and, it’s hard to differentiate them under the microscope. So, we started looking at the molecular markers,” said senior study author Ranjan Perera, Ph.D., director of the Center for RNA Biology at Johns Hopkins All Children’s Hospital (JHACH) in St. Petersburg, Florida.

Perera is also a senior scientist at the JHACH Cancer & Blood Disorders Institute and an associate professor of oncology at the Johns Hopkins University School of Medicine. He has a secondary affiliation with the JHACH Institute for Fundamental Biomedical Research.

In particular, the investigators looked at long non-coding RNA (lncRNA), which experts thought did not play a role in building proteins. New evidence, however, finds that they play a role in regulating gene expression that impacts cancer growth and behavior.

SPRIGHTLY
Perera and coinvestigators found that a lncRNA gene, called SPRIGHTLY, is highly expressed in Group 4 medulloblastomas, but not Group 3. “We found that this long noncoding RNA (SPRIGHTLY) interacts with one gene called SMYD3,” he said. SMYD3 regulates endothelial growth factor receptor (EGFR), which helps the cancer develop new blood vessels that nourish the tumor.

“Clearly, SPRIGHTLY could serve as a biomarker for Group 4 because we have not seen this in Group 3 or the other two groups,” he says.

The researchers studied SPRIGHTLY in mouse and human models of medulloblastoma and observed that developing tumors were smaller than cells without SPRIGHTLY. Tumor growth was also slower in models where SPRIGHTLY deactivated, supporting the role of SPRIGHTLY in tumor growth and proliferation.

The investigators also conducted laboratory tests that showed that SPRIGHTLY interacts with another protein called PTPB1, which regulates SMYD3 protein production. This pathway enhances the expression of EGFR in Group 4 medulloblastomas — and potentially provides a treatment target. There are several existing drugs that inhibit EGFR. Of course, much work is needed to better understand the molecular mechanisms of the SPRIGHTLY pathway in Group 4 medulloblastomas before investigation of treatments.