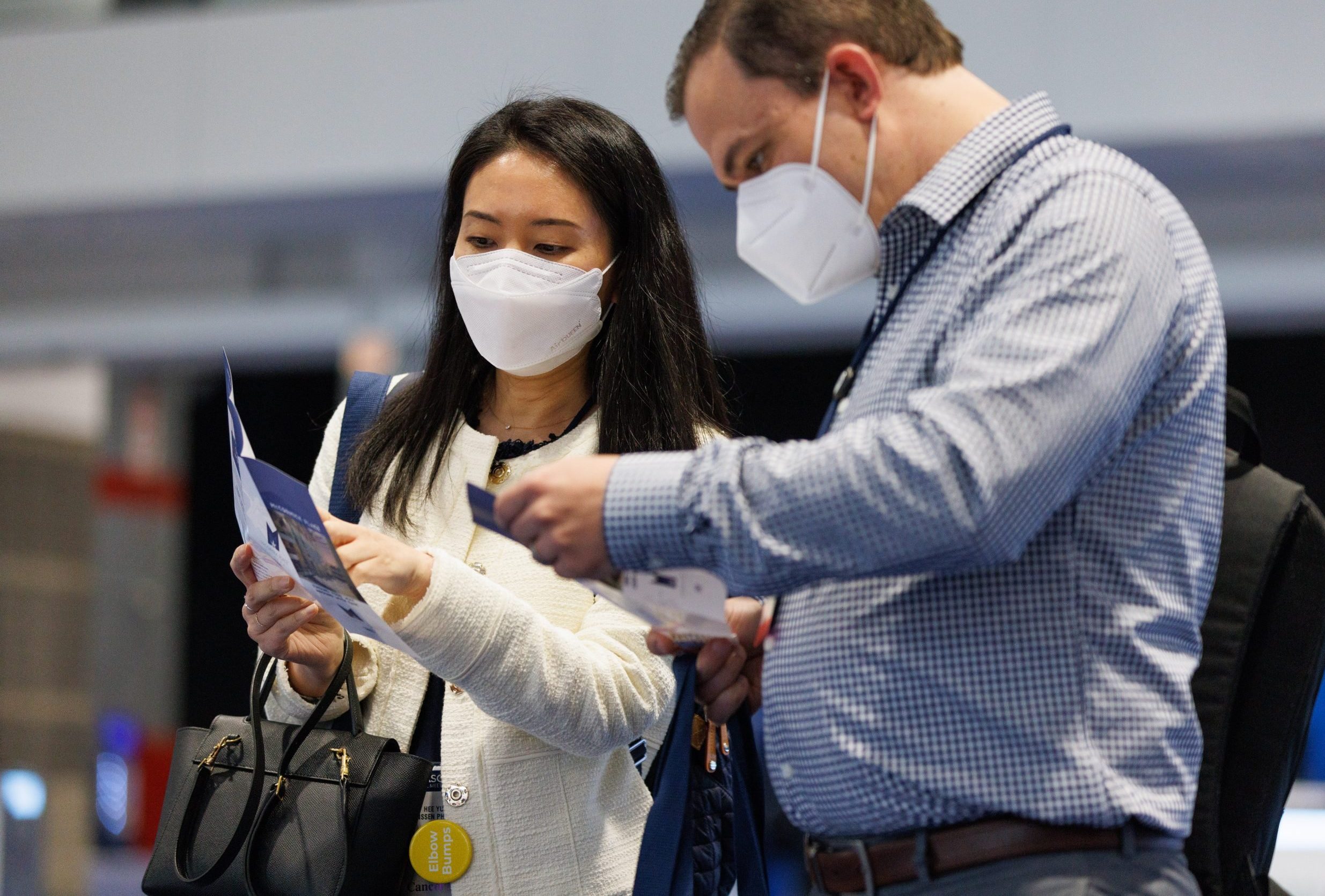 Based on guidance from biomarker screening, patients who are 55 years of age and older with low-grade luminal A-type breast cancer may only need endocrine therapy following breast conserving surgery and could avoid radiation therapy entirely, according to new research findings that will be presented at the 2022 annual meeting of the American Society of Clinical Oncology (ASCO), held June 3-7, 2022 in Chicago, Il.

Key Findings
The LUMINA study, sponsored by the Canadian Breast Cancer Foundation and the Canadian Cancer Society, enrolled participants whose biomarker screening results showed that 13.25% or less of the tumor cells had the protein marker, Ki67, which is associated with cancer cell proliferation and is consistent with the luminal A breast cancer subtype.

Given a known lower risk of recurrence, patients underwent breast conserving surgery followed by endocrine therapy for five years; however, they did not receive radiation therapy. Five-year rates in the study showed a:

“Previous studies have shown that other tumor biomarkers can identify patients at very low risk of recurrence, thereby omitting chemotherapy as it is unlikely to offer benefit. The LUMINA results show that women with low levels of the Ki67 biomarker can avoid outcomes related to radiotherapy, including significant acute and late side effects; such effects include fatigue and rare life-threatening side effects of cardiac disease and second cancers,” said lead author Timothy Joseph Whelan, MD, FASCO, professor in the Department of Oncology and Canada Research Chair in Breast Cancer Research at McMaster University, and a radiation oncologist at the Juravinski Cancer Centre in Hamilton, Ontario, Canada.

Low-grade breast cancer
with a low-grade breast cancer diagnosis usually have the tumor surgically removed while maintaining the breast. Surgery is often followed by endocrine therapy to block or keep estrogen hormone levels low. Historically, these patients have undergone radiation therapy to reduce the risk of recurrence of the original tumor, but such therapy can be costly and may result in toxicity later in life. Also, with improved mammography and surgical techniques as well as effective endocrine therapy, the risk of local recurrence following breast conserving surgery has decreased in recent years.

A study that looked back at earlier cases of the disease found that women over age 60 with low-grade luminal A-type breast cancer who only received breast-conserving surgery had a low rate of local recurrence. Previous studies in women older than 70 years of age showed risk of local recurrence of about 4 to 5%.

The LUMINA findings suggest that in luminal A breast cancer, the risk is lower, even in younger women between 55 and 75 years of age. Based on these findings, experts and Key Opinion Leaders believe that there is a significant subset of patients with breast cancer who can avoid radiation therapy. This could be practice changing. 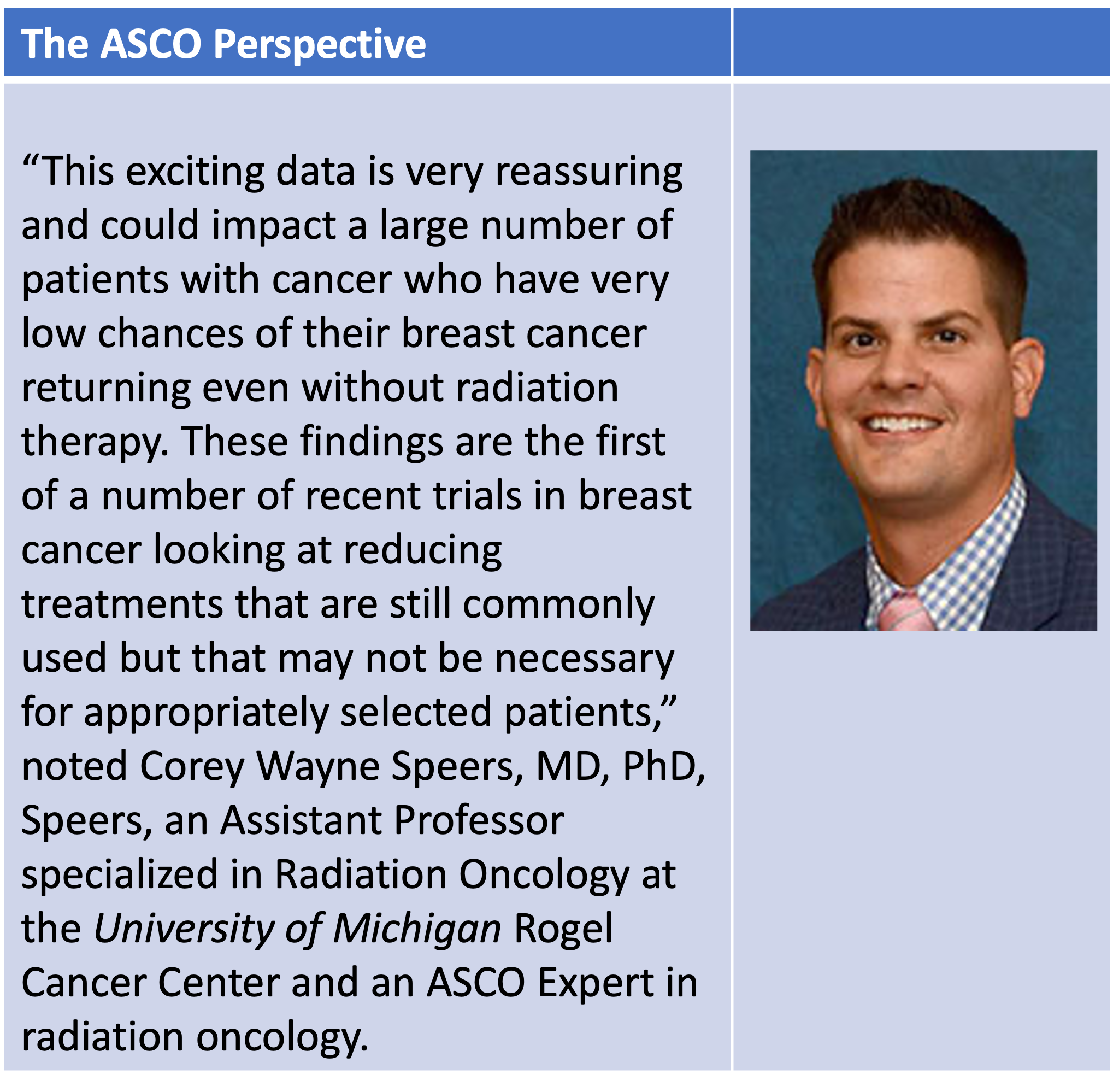 Study Design
The single-arm prospective phase III LUMINA trial enrolled 500 patients from 26 centers in Canada who had a Ki67 tumor cell count of 13.25% or less.

Participating patients had to be older than 55 years of age and have node-negative, grade 1 or 2 tumors smaller than two centimeters in size that had been removed by breast conserving surgery. Biopsy results had to show that the cancers were luminal A-type tumors. Patients were followed for a median of five years. The median age of the participants was 67 years and 88% of the patients were under 75 years of age.

Enrollees had breast conserving surgery for low-grade breast cancer, defined as the luminal A subtype, which is estrogen and progesterone receptor-positive, HER2-negative and they had a low Ki67 cell count. Patients were not offered radiation therapy. They were followed every six months for the first two years and then yearly.

Next Steps
The patients participating in the study will continue to be followed for up to 10 years for effects on long-term recurrence and survival.