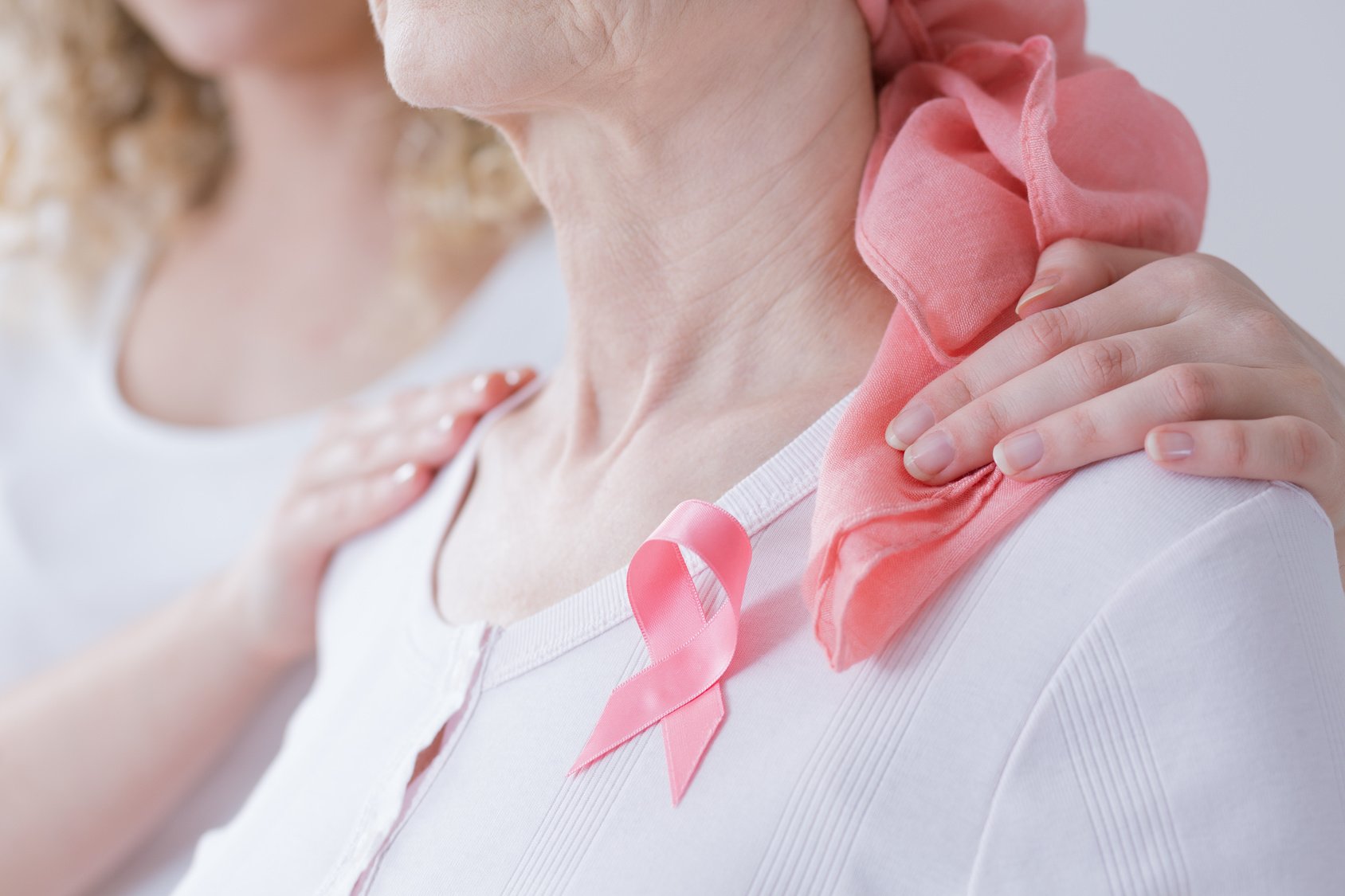 This week Olema Oncology confirmed that it has closed an oversubscribed US $ 54 Million Series B financing round. The financinf round was co-led by BVF Partners L.P., Logos Capital and Janus Henderson Investors.

The San Francisco (CA-) based biopharmaceutical company will use the funds to advance its lead breast cancer program OP-1250 into phase I/II clinical development and expand ongoing research and development activities in other cancers affecting women. The company’s investigational agent is considered a potential best-in-class complete estrogen receptor antagonist (CERAN).

Over time, a large number of clinical studies have compared fulvestrant with other endocrine treatments.  The results of these studies have shown that fulvestrant has similar efficacy to anastrozole (Arimidex®; AstraZeneca/ANI Pharmaceuticals), tamoxifen (Nolvadex®; AstraZeneca and Soltamox®; Fortovia Therapeutics) and exemestane (Aromasin®; Pfizer).

However, fulvestrant has demonstrated dose-dependend improved progression-free survival (PFS) compared to anastrozole. [1] But despite its superiority, fulvestrant must be delivered by intramuscular injection. And, in addition, the drug’s efficacy apears to be limited by poor drug exposure. Hence, researchers believe that an oral compound that shares fulvestrant’s pharmacodynamic virtues with improved drug exposure might be both more convenient and more effective than fulvestrant. [2]

Estrogen and Estrogen Receptors
Estrogen* biology is complex but essential in the development and function of the body and linked to reproduction, many breast cancers, the prevention of heart disease, appetite and eating behaviour, fat metabolism, autoimmunity, auditory and visual processing, and many other roles.[3]

Estrogen binds to specific intracellular estrogen receptors (ERα and ERβ), which are ligand-inducible intracellular transcription factors mediating most of the biological effects of estrogens at the level of gene regulation. In the nucleus, the ER up- or downregulates the expression of target genes by interacting through its site-specific DNA and with other coregulatory proteins that include coactivators and corepressors.

Estrogen receptors, are part of the nuclear hormone receptor family and include several functional domains that serve specific roles, including, but not linited to the mediation of transcriptional regulation of a range of genes. In this complex macinery, two activation function (AF) domains, AF-1 and AF-2, located within the N-terminal domain (NTD) and ligand-binding domain (LBD), respectively, recruit other proteins, including transcriptional co-activators and co-repressors, to the transcriptional complex, and are responsible for regulating the transcriptional activity of ER.

Full transcription activity of the ER is understood to be the result of a synergism between the two AFs, and their activities are promoter and are cell specific. AF-1 functions as hormone independent, its activity is regulated by growth factors that act via the mitogen-activated protein kinase (MAPK) pathway. In contrast, AF-2 function requires the presence of a hormone/steroid. For full estrogen agonist activity, both domains are need to be active.

In contrast to CERANs, selective estrogen receptor modulators (SERMs) such as tamoxifen are able to efficiently shut off AF-2 signaling (turned on by estradiol), but incompletely antagonize AF-1, a function that is turned on by multiple cell signaling pathways and shown to play a role in the development of endocrine resistance.

Sensitive Assay
Resesarch designed to help improve endocrine therapies have been limited by a lack of structural information explaining the agonist activity profiles of SERMs, distinguishing full antagonists such as fulvestrant from SERMs, or clarifying how ERα degradationthe contributs to clinical efficacy of selective estrogen receptor degraders (SERDs).[5]

Researchers at Olema Oncology have developed a sensitive cell culture assay that distinguish between CERANs and SERMs. Fulvestrant is also a SERD, and it has become widely, but mistakenly, assumed that such ability makes a compound a CERAN.

Based on these findings, the researtchers at Olema Oncology predicted that SERM/SERDs will be inferior in preventing and treating resistance compared to CERAN/SERDs. Based on this understanding and guided by theiur cell culture assay, a team of scientists developed OP-1250, a CERAN/SERD that completely blocks both AF-2 and AF-1 activity as seen in cell culture and the ovex mouse uterine weight gain assay. [2]

In contrast to SERM/SERDs, Olema Oncology’s investigational agent is a potent inhibitor of CAMA1 and HCC-1500 breast cancer cell proliferation. In addition, OP-1250 is also a SERD in a large variety of cell lines including those in which some SERM/SERDs have little activity. And, unlike fulvestrant and many SERMs, OP-1250 achieves high and stable drug exposure in multiple animal species, shrinks tumors in xenograft models in which fulvestrant and SERM/SERDs fail to shrink tumors.[2]

Rsearchers at Olema Oncology believe that these preclinical results confirm that OP-1250 may have the potential to be a superior compound to treat ER+ MBC, especially in patients whose tumors allow high activity of AF-1 and including those with activating mutations in the estrogen receptor alpha gene (ESR1).[2]

Expectations
“We are delighted to have the support of this premier syndicate of investors who share our commitment to developing targeted therapies designed to improve the lives of women living with breast cancer,” noted Cyrus Harmon, Ph.D., President and Chief Executive Officer of Olema Oncology.

“With our deep insight into the biology of breast cancer, including target engagement, receptor binding and intracellular signaling, we have carefully selected OP-1250 as our lead program and are advancing it into human studies. Our goal is to develop more effective medicines to treat estrogen receptor-positive breast cancer,” Harmon added.

Expanding clinica trials
Olema Oncology expects to initiate a Phase I/II dose-escalation and expansion clinical trial of OP-1250 in the second half of 2020. The trial will evaluate OP-1250 as a single agent in women with estrogen receptor-positive (ER+), human epidermal growth factor receptor 2-negative (HER2-) recurrent, locally advanced or metastatic breast cancer, followed by studies of OP-1250 in combination with other targeted breast cancer therapies.

“We are excited to continue financing the next stage of growth for Olema, and to help build a premier targeted oncology company focused on women’s cancers,” said Gorjan Hrustanovic, Ph.D., Principal at BVF Partners and a member of Olema Oncology’s Board of Directors.

“We were attracted to Olema Oncology’s by its excellent science, robust preclinical data, experienced management team, and potential to make a significant impact on what remains a large unmet need among patients with breast and other hormone-positive cancers. We see a tremendous opportunity for OP-1250 to become a backbone of therapy for patients living with breast and other cancers,” Hrustanovic colcluded.

Notes
* The most common estrogens are estrone, estradiol, estriol and estetrol, with estradiol the most potent. Estrone and estradiol are synthesised by the aromatisation of androstenedione and testosterone. Estriol is synthesised from estrone via a 16α-hydroxyestrone intermediate.
** Brilanestrant (GDC-0810; ARN-810, RG-6046, RO-7056118) was discovered by Aragon Pharmaceuticals and was under development by Genentech for the treatment of locally advanced or metastatic estrogen receptor(ER)-positive breast cancer. In March 2020 Genentech terminated the phase II trial in locally recurrent breast cancer. (NCT01823835)  due to company’s decision to halt the development of investigational drug.
** CAMA-1 is a luminal-type human breast cancer cell line that exhibiting high levels of estrogen and androgen receptors. These cells are considered HER2-negative and estrogen-receptor/progesterone-receptor (ER/PR)-positive. They are responsive to estrogen and sensitive to growth inhibition by tamoxifen. The CAMA-1 cells have an in-frame mutation in the E-cadherin gene, resulting in a truncated, non-functional protein. In addition, they have oncogenic mutations in PTEN and p53 and amplification of the cyclin D1 gene.[4]