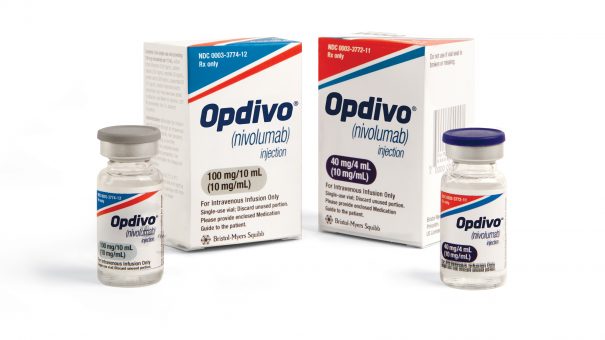 The results represent the longest follow-up with any immuno-oncology–based therapy in this setting, demonstrating a continued survival benefit in patients with previously untreated advanced or metastatic Renal Cell Carcinoma (RCC).

Complete response rates, per independent review, for patients treated with the combination of nivolumab and ipilimumab were maintained and ongoing in over 80% of patients.

Renal cell carcinoma is the most common type of kidney cancer in adults, accounting for an estimated 74,000 new cases of kidney cancer and more than 140,000 deaths worldwide each year. These numbers include all types of kidney and renal pelvis cancers.[1]

Renal Cell Carcinoma is approximately twice as common in men as in women, with the highest rates of the disease in North America and Europe. Globally, the five-year survival rate for those diagnosed with metastatic, or advanced, kidney cancer is 12.1%.[1]

Most people with kidney cancer are older. The average age of people when they are diagnosed is 64 with most people being diagnosed between ages 65 and 74. Kidney cancer is very uncommon in people younger than age 45.[1]

Checkmate-214
CheckMate -214 is a Phase III, randomized, open-label study evaluating the combination of nivolumab and ipilimumab versus sunitinib in patients with previously untreated advanced or metastatic renal cell carcinoma. Patients in the combination group received nivolumab 3 mg/kg and ipilimumab 1 mg/kg every three weeks for four doses followed by nivolumab 3 mg/kg every two weeks. Patients in the comparator group received sunitinib 50 mg once daily for four weeks, followed by two weeks off before the continuation of treatment. Patients were treated until progression or unacceptable toxic effects. The primary endpoints of the trial are overall survival (OS), progression-free survival (PFS), and objective response rate (ORR) in an intermediate to poor-risk patient population (approximately 75% of patients).

The safety profile for nivolumab and ipilimumab was consistent with prior findings and no new safety signals or drug-related deaths occurred with extended follow-up. The data were featured in an oral presentation (Abstract #609) at the American Society of Clinical Oncology (ASCO) 2020 Genitourinary Cancers Symposium held February 13 – 15, 2020 in San Francisco, CA.

In the IP populations, patients treated with nivolumab and ipilimumab demonstrated significantly improved:

Results were similar for the ITT population, where patients treated with nivolumab and ipilimumab experienced significantly improved:

“Results from this 42-month follow-up from the CheckMate -214 study reinforce the previously observed findings and add to the growing body of evidence suggesting that nivolumab plus ipilimumab has the potential to significantly improve long-term survival for patients with advanced renal cell carcinoma, a population with high unmet needs,” said CheckMate -214 investigator Nizar M. Tannir, MD, FACP, Department of Genitourinary Medical Oncology, Division of Cancer Medicine, The University of Texas MD Anderson Cancer Center.

“Particularly noteworthy is that a consistently higher proportion of patients treated with the combination of nivolumab plus ipilimumab achieved a complete response and the majority of these complete responses were durable.”

“These positive findings from CheckMate -214 continue to demonstrate the complementary nature of dual immuno-therapy and reinforce the depth and durability of response the combination of nivolumab and ipilimumab can deliver for patients,” said Brian Lamon, Ph.D., development lead, genitourinary cancers, Bristol-Myers Squibb.

“We look forward to continuing to explore the potential that this combination holds for patients with difficult-to-treat cancers.”

* Ipilimumab (Yervoy®;  Bristol Meyers Squibb) is a recombinant, human monoclonal antibody that binds to the cytotoxic T-lymphocyte-associated antigen-4 (CTLA-4). CTLA-4 is a negative regulator of T-cell activity. Yervoy binds to CTLA-4 and blocks the interaction of CTLA-4 with its ligands, CD80/CD86. Blockade of CTLA-4 has been shown to augment T-cell activation and proliferation, including the activation and proliferation of tumor-infiltrating T-effector cells. Inhibition of CTLA-4 signaling can also reduce T-regulatory cell function, which may contribute to a general increase in T-cell responsiveness, including the anti-tumor immune response.