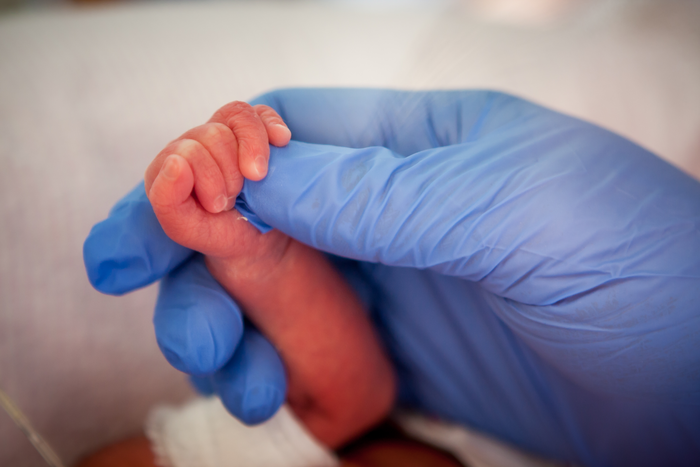 Carried by individual patients, genetic variants, a permanent change in the DNA sequence that makes up a gene which used yo be known as a gene mutation, may be solely responsible for disease, may contribute to disease, or may have no influence on the development of disease. Interpreting the clinical effect of genetic variants on disease, especially in the context of the patient’s phenotype, is a major challenge for medicine. In addition, the clinical interpretation of the role genetic variants play is rapidly becoming the largest component of the cost and time expenditure for genome-based diagnosis of rare genetic diseases.

The report by scientists from University of Utah Health and Fabric Genomics in collaboration with scientists at Rady Children’s Hospital in San Diego, CA, confirms that Artificial intelligence (AI)-based technology may help to rapidly identify and diagnoses rare disorders in critically ill children with high accuracy.[1]

The benchmark findings, published online on October 14, 2021 in Genomic Medicine, point to a revolutionary next phase of medicine, where novel computer-bases technology is instrumental in helping clinicians quickly determine the root cause of a particular disease so they can give patients the right treatment sooner.[1]

“This study is an exciting milestone demonstrating how rapid insights from AI-powered decision support technologies have the potential to significantly improve patient care,” explained Mark Yandell, Ph.D., co-corresponding author of the paper.

Yandell is a professor of human genetics and Edna Benning Presidential Endowed Chair at University of Utah Health, and a founding scientific advisor to Fabric Genomics, a company that offers the AI-based platform for next-generation sequencing (NGS) analysis, interpretation, and clinical reporting for rare disease, hereditary risk, and cancer testing with best-in-class accuracy and scalability used in the study.

Serious generic disorders
Worldwide, about seven million infants are born with serious genetic disorders each year. For these children, life usually begins in intensive care. A handful of NICUs in the U.S., including at University of Utah Health, are now searching for genetic causes of disease by reading, or sequencing, the three billion DNA letters that make up the human genome. While it takes hours to sequence the whole genome, it can take days or weeks of computational and manual analysis to diagnose the illness.

However, this is, for some infants, not fast enough, Yandell explained.

“Understanding the cause of the newborn’s illness is critical for effective treatment. Arriving at a diagnosis within the first 24 to 48 hours after birth gives these patients the best chance to improve their condition.”

Knowing that speed and accuracy are essential, Yandell’s group worked with Fabric Genomics to develop the new Fabric GEM algorithm, which incorporates artificial intelligence (AI) to find DNA errors that lead to disease.

The use of AI has made significant inroads in healthcare, and a new class of genome interpretation methods are being developed with the promise of removing the interpretation bottleneck for rare genetic disease diagnosis through electronic clinical decision support systems (eCDSS).

Study
In this study, the scientists tested such a new AI-based eCDSS GEM by analyzing whole genomes from 179 previously diagnosed pediatric cases from Rady’s Children’s Hospital and five other medical centers from across the world. GEM identified the causative gene as one of its top two candidates 92% of the time. Doing so outperformed existing tools that accomplished the same task less than 60% of the time.

“Yandell and the Utah team are at the forefront of applying AI research in genomics,” says Martin Reese, Ph.D., Chief Executive Officer of Fabric Genomics and a co-author on the paper.

“Our collaboration has helped Fabric achieve an unprecedented level of accuracy, opening the door for broad use of AI-powered whole genome sequencing in the NICU,” he added.

Clinical notes
GEM leverages AI to learn from a vast and ever-growing body of knowledge that has become challenging to keep up with for clinicians and scientists. GEM cross-references large databases of genomic sequences from diverse populations, clinical disease information, and other repositories of medical and scientific data, combining all this with the patient’s genome sequence and medical records. To assist with the medical record search, GEM can be coupled with a natural language processing tool, Clinithink’s CLiX focus, which scans reams of doctors’ notes for the clinical presentations of the patient’s disease.

“Critically ill children rapidly accumulate many pages of clinical notes,” Yandell said. “The need for physicians to manually review and summarize note contents as part of the diagnostic process is a massive time sink. The ability of Clinithink’s tool to automatically convert the contents of these notes in seconds for consumption by GEM is critical for speed and scalability.”

Existing technologies mainly identify small genomic variants that include single DNA letter changes, or insertions or deletions of a small string of DNA letters. By contrast, GEM can also find “structural variants” as causes of disease. These changes are larger and are often more complex. It’s estimated that structural variants are behind 10 to 20% of genetic disease.

“To be able to diagnose with more certainty opens a new frontier,” observed Luca Brunelli, M.D., neonatologist and professor of pediatrics at University of Utah Health, who leads a team using GEM and other genome analysis technologies to diagnose patients in the NICU. His goal is to provide answers to families who would have had to live with uncertainty before the development of these tools. He says these advances now provide an explanation for why a child is sick, enable doctors to improve disease management, and, at times, lead to recovery.

“This is a major innovation, one made possible through AI,” Yandell noted. “GEM makes genome sequencing more cost-effective and scalable for NICU applications. It took an international team of clinicians, scientists, and software engineers to make this happen. Seeing GEM at work for such a critical application is gratifying.”

Fabric Genomics and Yandell’s team at the Utah Center for Genetic Discovery have had their collaborative research supported by several national agencies, including the National Institutes of Health and American Heart Association, and by the University of Utah Health’s Center for Genomic Medicine. Yandell will continue to advise the Fabric team to further optimize GEM’s accuracy and interface for use in the clinic.