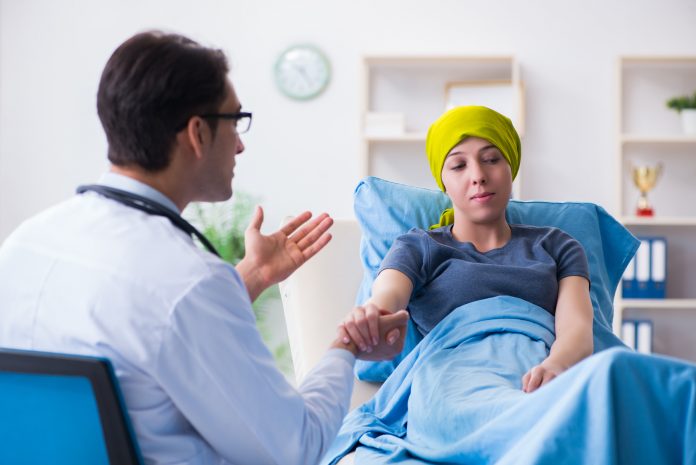 Iridium ? ?a very hard, brittle, second-densest silvery-white transition metal of the platinum group, is a found in meteorites in a much higher abundance than in the Earth’s crust.

As a result, the unusually high abundance of iridium in the clay layer at the Cretaceous?Paleogene boundary resulted in the Alvarez hypothesis, which suggest that the impact of a massive extraterrestrial object, such as an astroid, caused the extinction of dinosaurs and many other species more than 66?million years ago. Similarly, an iridium anomaly in core samples from the Pacific Ocean suggested the Eltanin impact, which is thought to be an asteroid impact in the eastern part of the South Pacific Ocean during the Pliocene-Pleistocene about 2.5 million years ago.

Iridium bioconjugate
Now researchers at the University of Warwick have found that a version of Iridium – a maleimide?functionalized octahedral organo?iridium(III) complex (Ir1) – attached or conjugated to human serum albumin (HSA), a protein in blood – can penetrate into the nucleus of cancer cells and destroy them when blasted with light.[1]

The organoiridium?albumin bioconjugate (Ir1?HSA) can be applied locally and in smaller doses. The researcher’s next step is pre-clinical trials.

In the dark, the Ir1?HSA bioconjugate is nontoxic. However, the conjugate exhibits potent photo?cytotoxicity with significant selectivity for cancer cells and cancer cell spheroids over normal cells.

“It is amazing that this large protein can penetrate into cancer cells and deliver iridium which can kill them.” says Professor Peter Sadler from the Department of Chemistry at the University of Warwick.

Photodynamic therapy
The treatment of cancer using light, called photodynamic therapy (PDT), is based on chemical compounds called photosensitizers which can be switched on by light from a laser or other sources to produce oxidizing species which are able to kill cancer cells. Using this non?invasive cancer therapy clinicians can activate these compounds selectively where the tumor is (using optical fibers) thus killing cancer cells and leaving healthy cells intact.[2]

In addition to directly killing cancer cells, PDT appears to shrink or destroy tumors by damaging blood vessels in the tumor, thereby preventing the cancer from receiving necessary nutrients and by may activate the immune system to attack the tumor cells.

Similar approach
The new conjugated agent works in a similar way. Thanks to the special chemical coating they used, the Warwick group was able to conjugate Iridium to albumin, which then glowed very brightly so they could track its passage into cancer cells, where it converted the cells? own oxygen to a lethal form which killed them.

Not only is the newly formed molecule an excellent photosensitiser, but albumin is able to deliver it into the nucleus inside cancer cells. The dormant compound can then be switched on by light irradiation and destroy the cancer cells from their very center.

The bright luminescence of the iridium photosensitiser allowed its accumulation in the nucleus of tumor cells and its activation leading to the cancer cell death to be followed in real time using a microscope.

In their article the researchers showed a first example of an organo?iridium complex?HSA bioconjugate as a potential nucleus?targeted anticancer photodynamic therapy. Their bioconjugate accumulated mostly in the nucleus of living cancer cells. The researchers observed that r1?HSA exhibited essential characteristics for an efficient photosensitizer, including a long phosphorescence lifetime with a remarkably high 1O2 generation quantum yield along with high photostability. Thes properties confirm that the bioconjugate could be an efficient photosensitizer with novel nucleus?targeting properties for potential clinical PDT applications.

“It is amazing that this large protein can penetrate into cancer cells and deliver iridium which can kill them selectively on activation with visible light. If this technology can be translated into the clinic, it might be effective against resistant cancers and reduce the side effects of chemotherapy,” explained Professor Peter Sadler, Ph.D, from the Department of Chemistry at the University of Warwick.

“It is fascinating how albumin can deliver our photosensitiser so specifically to the nucleus. We are at a very early stage, but we are looking forward to see where the preclinical development of this new compound can lead,” noted Cinzia Imberti, Ph.D, a Sir Henry Wellcome Postdoctoral Research Fellow from Department of Chemistry, University of Warwick, Gibbet Hill, Coventry, UK.

“Our team is not only extremely multidisciplinary, including biologists, chemists and pharmacists, but also highly international, including young researchers from China, India and Italy supported by Royal Society Newton and Sir Henry Wellcome Fellowships,” she added.

*In this approach, light is used to convert cellular triplet oxygen (3O2) into highly reactive and cell?damaging singlet oxygen (1O2).