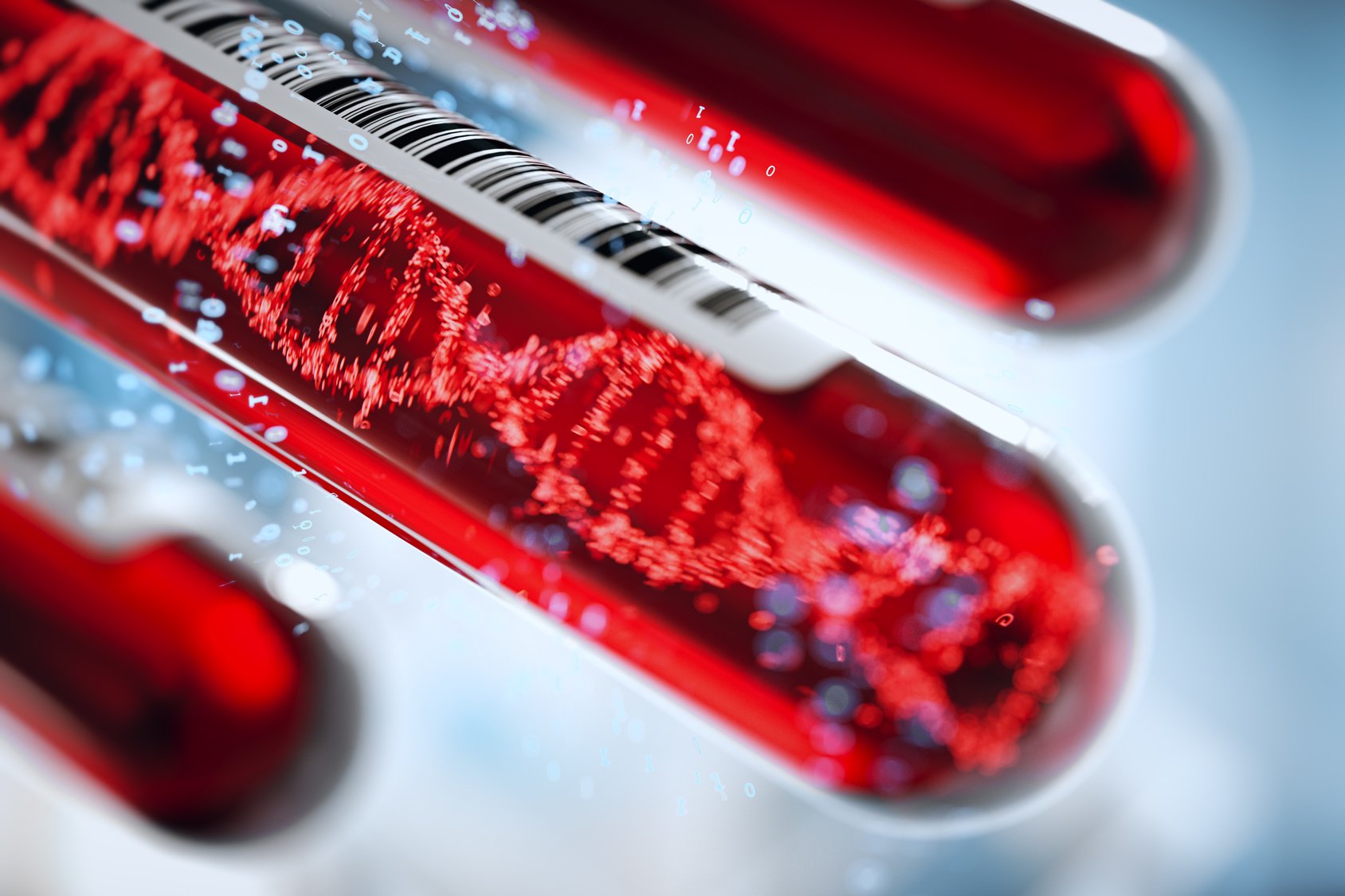 A liquid biopsy, a sampling and analysis of non-solid biological tissue, primarily blood, is mainly used as a diagnostic and monitoring tool for diseases such as cancer. One of the benefits of liquid biopsies is that they are largely non-invasive. Another advantage is that liquid biopsies may potentially help detect, characterize, and monitor cancers earlier in comparison to more conventional approaches.[1]

Using liquid biopsies to assessing plasma cell-free DNA (cfDNA*) integrity could improve the accuracy of magnetic resonance imaging (MRI) for predicting the achievement of complete response among patients with locally advanced breast cancer who had received neoadjuvant chemotherapy. This conclusion is based on results presented during the virtual AACR Annual Meeting 2021, held April 10-15, 2021 [2]

“Breast cancer is the most commonly diagnosed cancer worldwide, with roughly 2 million cases diagnosed in 2020,” noted Francesco Ravera, MD, Ph.D., a fellow in the Department of Internal Medicine at the University of Genoa in Italy.

“Identifying the best ways to evaluate treatment response can help to better guide further management of this common malignancy,” he added.

“Patients who do not experience an axillary-node complete response undergo axillary lymph node dissection, in which all of the lymph nodes in the armpit are removed. This procedure is significantly more extensive than sentinel lymph node biopsy and can have permanent side effects. It is, therefore, important to accurately assess response to neoadjuvant chemotherapy to guide surgical management,” he explained.

Current presurgical assessment
The current presurgical assessment of clinical response among patients with breast cancer is based on MRI, yet this imaging method has suboptimal accuracy. Finding a more accurate method for the assessment of complete response in axillary lymph nodes to neoadjuvant chemotherapy in patients affected by breast cancer may allow the omission of sentinel lymph node biopsy in complete responders, which could be replaced by longitudinal radiological monitoring.

“This would represent substantial progress in the pursuit of an effective, minimally invasive treatment of patients affected by breast cancer,” Ravera noted.

Integrity of cfDNA
Previous research has demonstrated that the integrity of cfDNA can be potentially utilized as a useful biomarker for predictive purposes among patients with breast cancer, noted Ravera. Low cfDNA integrity, which corresponds to high cfDNA fragmentation, is a typical feature of neoplastic patients. When healthy cells die, they typically release similarly sized DNA fragments into the bloodstream.

“However, when cancer cells die, they release DNA fragments of varying sizes. By measuring the number of different fragment sizes, clinicians can estimate the integrity of patients’ cfDNA,” Ravera observed.

To better understand if cfDNA integrity could predict response to neoadjuvant chemotherapy among patients with locally advanced breast cancer, Ravera and colleagues evaluated plasma taken from 38 patients who had completed an anthracycline/taxane-based treatment prior to surgery.

As part of the study, the researchers assessed the concentration of differently sized cfDNA fragments in plasma samples collected before surgery and determined which fragment sizes were the most indicative of response to neoadjuvant treatment upon the result of post-surgical histopathological examination. These parameters were then used to calculate a normalized measure of cfDNA integrity, namely cfDNA integrity index, which was used to build an explorative classifier of response to systemic treatment. Results of such a classifier were then compared to those achieved by MRI in predicting if patients had a complete response to their neoadjuvant chemotherapy.

cfDNA + MRI
Ravera and colleagues also evaluated whether the cfDNA integrity index could be combined with MRI to improve prediction. The two techniques were concordant in their prediction of a complete response in roughly 70% of patients. When both MRI and the cfDNA integrity index were concordant, their combined prediction of a complete response achieved an accuracy of 92.6 percent, with a positive predictive value (accuracy in predicting a positive result) and a negative predictive value (accuracy in predicting a negative result) of 87.5% and 94.7%, respectively.

“Our work identifies a new parameter that is easily combinable with MRI for a more accurate prediction of response following neoadjuvant treatment, with possible implications for current protocols for the evaluation of nodal residual disease among patients with breast cancer undergoing neoadjuvant chemotherapy,” Ravera said.

Study limitation
Limitations of this study include its small sample size. “Future work is needed to validate this new parameter to verify its utility for clinical practice, besides investigating the biological bases underlying cfDNA integrity alterations in patients with breast cancer, which was outside the scope of the present study,” Ravera said.

This study was sponsored by the University of Genoa, grants from IRCCS Ospedale Policlinico San Martino (for Istituto di Ricovero e Cura a Carattere Scientifico), an AIRC (for Associazione Italiana per la Ricerca sul Cancro) investigator grant, and private donations.

Note
Cell-free DNA (cfDNA) are small fragments of DNA that are released from normal cells and tumor cells by programmed cell death (apoptosis) into the blood. Tumor cells may release circulating cell-free tumor DNA (ctDNA), which may contain identical mutations to those seen identified in the primary tumor. ctDNA is a potential marker of residual cancer cells following surgery and may determine which patients will experience recurrence.[3]