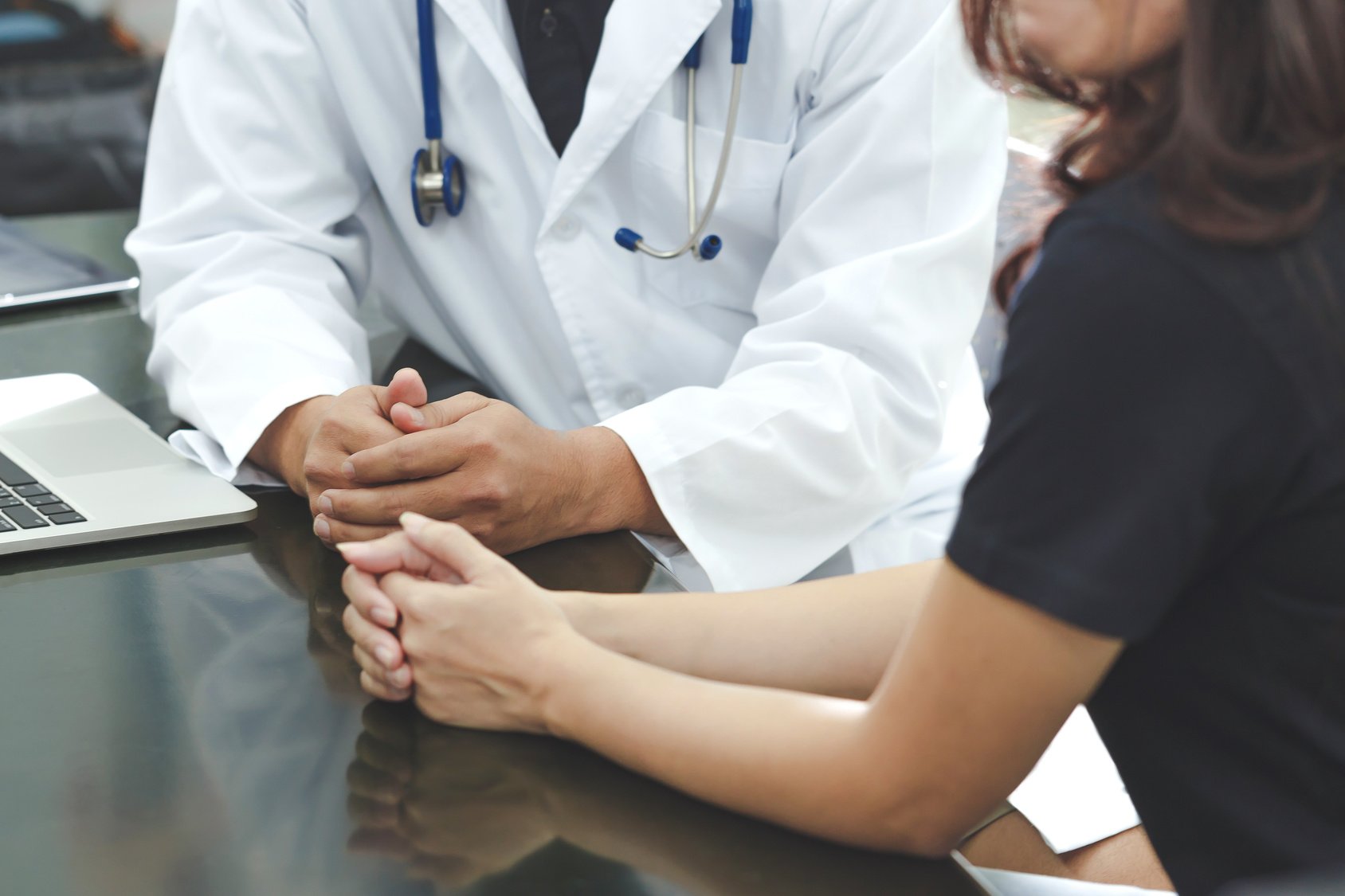 We were admitted onto the oncology/hematology unit. “We” because even though my son was the official patient, our family is a unit, and we were all affected. Nikolas is a social person, and we committed to him that he would never be alone on this journey. 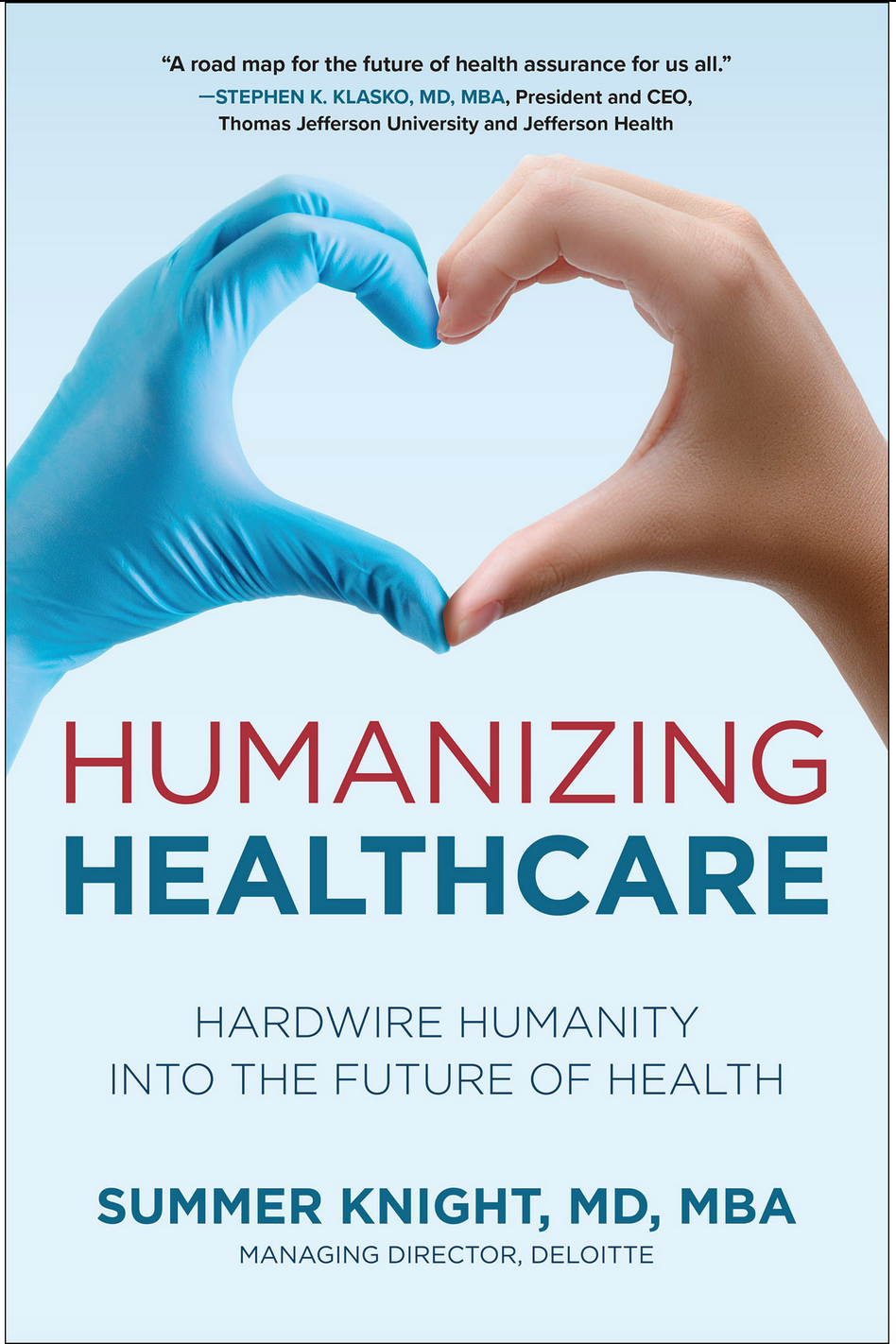 His care affected me, his siblings, and our extended family and friends over the ensuing year. Even neighbors we didn’t know became involved in a significant way. The healthcare consumer is not a single “patient” but rather a group of people interested in and supportive of the individual’s health and well-being.

Nikolas’ case was rare for adults and nearly unheard of for children. It took the clinical team more than a week to generate a formal diagnosis. Because Nik lacked white blood cells and platelets, the clinical team initially thought that he had aplastic anemia, which means that the bone marrow isn’t working properly—a potentially fatal disorder requiring a bone marrow transplant.Unfortunately, Nikolas’ diagnosis was even worse: mature peripheral T-cell lymphoma (PTCL). Lymphoma is a cancer of the lymphatic system, which is part of the body’s germ-fighting network and includes the lymph nodes, spleen, thymus gland, and bone marrow.

An Excerpt from Humanizing Healthcare: Hardwire Humanity into the Future of Health

Lymphoma can affect all those areas as well as other organs throughout the body. Some types are more forgiving for children because there are well-established treatment protocols that can achieve a permanent cure. But PTCL is extremely rare with fewer than 700 children diagnosed worldwide, extremely aggressive, and there is no standardized treatment or cure. Effective treatments have not been established; hence, the hospital had no standard PTCL protocol. So the doctors resorted to treating Nikolas on a standardized chemotherapy treatment with which they were familiar, —in essence taking a “best guess,” shotgun approach to treatment.

The staff members we initially interacted with on the unit were empathetic and spent time explaining what would happen during the stay. The initial doctor was a pediatric oncology fellow, which meant she’d had finished her residency in pediatrics and was focused on her extended training on cancer treatment. She walked us through the decision-making tree, all the testing needed to formalize the diagnosis and preparations such as establishing a line underneath Nik’s skin to access his vascular (blood) system easily and frequently. Nikolas ended up having blood tests and infusions on a daily basis for much of his journey. He also needed surgery to tap into his bones, including his spine to draw on the fluid around his brain to determine whether he had cancer in his neurologic system. His doctor answered our questions and responded with care and empathy.

But the IQ of the approach does not always match the very important EQ emotional quotient referring to emotional intelligence. In other words, optimal clinical care includes both intelligence of the system—doctors and computer-supported diagnosis and treatment algorithms—with emotional compassion and empathy. With the diagnosis of PTCL, the situation changed. For such a rare condition, Nikolas’ care moved from these empathetic, collaborative doctors to the chairperson of the pediatric oncology department. Some of the staff said that it was an honor to have her, but the tenor of the relationship and treatment changed dramatically.

She had a command-and-control style, and our questions seemed to annoy her. At several points, I even felt ridiculed, told to stop being a doctor and just be a mom. I explained that as a concerned mother with a medical education, I might ask questions that were tougher to answer than other parents. But then often she declined to take the time to answer my questions, saying she had to go to a meeting turning on her heels, and walking out of the room.

With a cancer diagnosis, it’s not just about the pain and discomfort that’s already happening in your body. It’s also the discomfort of the treatment, which can make people feel sicker than the cancer itself. It’s also about what’s going on in your head. How fearful are you? Nikolas, as a young teenager, suddenly had to grapple with his own mortality and possible impairment. He had to deal with issues that would challenge a mature adult: should he harvest his sperm because the treatment would likely leave him sterile? Should he shave his head now or let his hair just fall out?

Nikolas and I wanted to have a relationship with his doctor, but we felt a stark distance between her and us. She would come in, demand something of Nikolas, become frustrated if he questioned her, respond sharply with him, and then turn on her heels to leave without asking if we had questions. We wanted to build trust with the goal of optimizing Nikolas’ health.

Eventually, Nikolas and I scheduled a formal conference with his attending oncologist. We explained the importance of a relationship with her, that we were entrusting her with his life, and we were feeling left out of information sharing. Nikolas said that when she just began to examine him without asking permission, he felt assaulted, as though he was being treated not as a person but as a disease. She responded that she was too busy and needed him to submit to the requests.

Nikolas told me that he felt she didn’t have his best interests at heart; it was as though her reputation, and maybe even the chance of publishing a case review about him, mattered more than his care. Without that relationship, Nikolas became outright uncooperative at times, channeling his teenage rebelliousness. He refused to answer questions or offer his arm for a pulse check or blood draw unless the nurse said “Please.” His mood darkened; everything became harder. Many of the staff had not yet had children and hence had little experience with teens and criticized me for not controlling my son. They failed to realize that Nikolas was a young adult who was trying to assert his independence and ownership of his body and care plan.

Thankfully, we had an army of family and friends to support us in our journey. But that blessing came with a challenge. We tried to keep the army coordinated and updated on prognoses and treatment plans while maintaining our normal family activities. Fortunately, for the past fifteen years, I’ve helped to create digital health platforms. I had recently moved to a new area of the country as co-founder of a startup, Firecracker Health, to create a digital experiential platform with the benefit of enhancing communication for patients and providers. Called “Fuse,” it aimed to bring together all the information about an individual’s health, treatment, and related finances. In that way, healthcare consumers and their natural support network (NSN) of family, friends, and other volunteers could collaborate with the care team regardless of location.

We were beginning to work with companies to sponsor the platform for their employee caregivers as well as with healthcare systems. When Nikolas became ill, we quickly adapted the platform to put him at the center of the system and gave access to our natural support network as well as his clinicians and the care manager at the health plan.

Level 1 gave access to the entire system including clinical (provider) and financial (health plan) information. Besides these two stakeholders, we also granted this level of access to me, my sister, and a close friend.

Level 2 did not include the clinical or financial details, but it gave access to all scheduled appointments, events, and to-dos where our natural support network could participate and help.

Level 3 offered visibility only to our blogs. We would post daily about what was happening—updates, our feelings, challenges. We toggled on the capability to add images, especially emojis on how Nikolas was feeling. The people at level 3 could comment through a social media–style layout.

While the platform was centered on Nikolas, it also supported me. Because of our network, unlike other parents on the oncology ward, I got the time and space to maintain my physical and mental health, and Nikolas was never alone in the hospital. The platform connected the clinical providers with the electronic health record, biometrics when we were at home, his combined clinical care plan and personal life plan, medications that shifted weekly, and a virtual health toolset that enabled meetings across multiple facilities. It also enabled a large network of family, friends, and other volunteers who could sign up for tasks or care updates.

Care team members who joined Fuse received another benefit. Medicine has a tendency to turn human beings into bodies to be treated, and the platform reminded the providers that patients have thoughts and feelings as well as financial and life struggles. Care team members were able to see a side of our family that they would have never experienced without the platform . . . as well as how much we cherished those who were compassionate toward us. By joining the platform, they created a therapeutic alliance with us and began to care for Nikolas and me as his primary caregiver in a more holistic way.