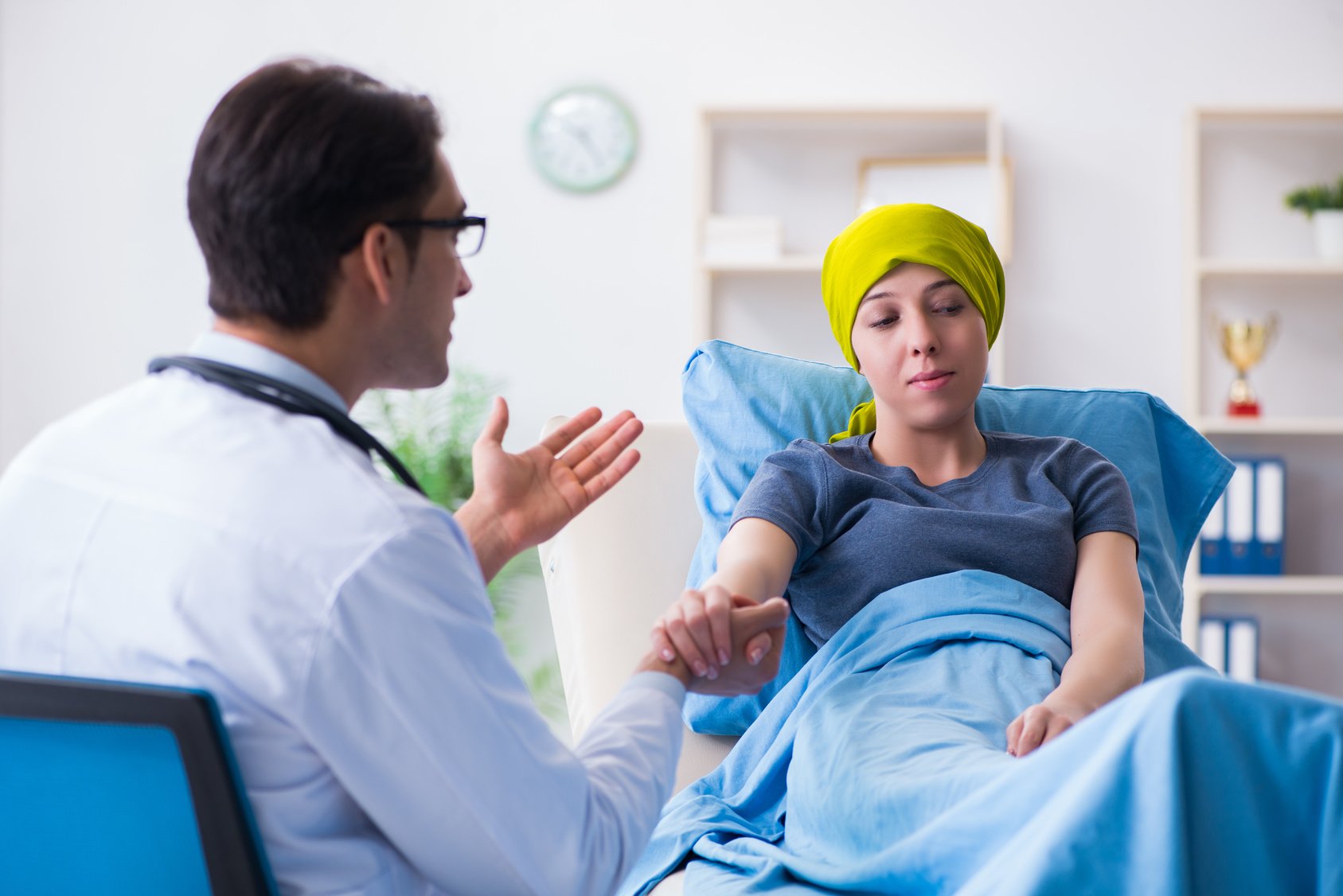 This week U.S. Food and Drug Administration has approved* belantamab mafodotin-blmf (Blenrep®; GlaxoSmithKline/GSK), a prescription-only drug, as a monotherapy treatment for adult patients with relapsed or refractory multiple myeloma, who have received at least four prior therapies including an anti-CD38 monoclonal antibody, a proteasome inhibitor, and an immunomodulatory agent.

The approval follows a favorable 12 – 0 vote by the FDA’s Oncologic Drugs Advisory Committee (ODAC) on July 14, 2020, in which the committee members, after a detailed presentation, agreed that the benefit of monotherapy treatment demonstrated with belantamab mafodotin outweighed the risks for patients.

Although generally considered treatable, multiple myeloma remains incurable and has poor outcomes for patients with limited treatment options whose disease is progressing and has become resistant to the current standard of care. The disease is the second most common blood cancer in the United States [1]

In the US, more than 32,000 people are estimated to be diagnosed with multiple myeloma this year and nearly 13,000 people will die from the disease.[2] Hence, research into new therapies is needed as multiple myeloma commonly becomes refractory to available treatments.[3]

B-cell maturation antigen
The normal function of B-cell maturation antigen (BCMA) is to promote plasma cell survival by transduction of signals from two known ligands, BAFF (B-cell activating factor) and APRIL (a proliferation-inducing ligand). This pathway has been shown to be important for myeloma cell growth and survival. BCMA expression is limited to B cells at later stages of development.

BCMA is expressed at varying levels in myeloma patients and BCMA membrane expression is universally detected in myeloma cell lines.[4]

With the approval of belantamab mafodotin, there are 9 FDA approved and commercially available ADCs in the United States, making this a powerful class of therapeutic agents in oncology and hematology.

The antibody is produced in a mammalian cell line (Chinese Hamster Ovary) using recombinant DNA technology. The microtubule inhibitor and linker are produced by chemical synthesis. The drug has a drug-to-antibody radio of 4.  This means that approximately 4 molecules of mafodotin, the cytotoxic payload, are attached to each antibody molecule. The molecular weight of belantamab mafodotin is approximately 152 kDa.

The approval of the new therapeutic agent is GSK’s fifth major medicine approval in 2020 across areas of significant unmet medical needs, including cancer, HIV, and chronic kidney disease. This approval marks the second FDA approval for GSK’s oncology portfolio in four months.

Accelerated approval
The FDA approved belantamab mafodotin under accelerated approval based on the response rate and continued approval for this indication may be contingent upon verification and description of clinical benefit in confirmatory trials.

Belantamab mafodotin is the first anti-BCMA (B-cell maturation antigen) therapy approved for patients whose disease has progressed despite prior treatment, anywhere in the world.[5]

“As the second most common form of blood cancer in the United States, multiple myeloma is an incurable and devastating disease. Belantamab mafodotin is the first approved anti-BCMA therapy and has the potential to transform the treatment of patients with relapsed or refractory myeloma who have limited treatment options today,’’ said Hal Barron, M.D., Chief Scientific Officer, and President Research & Development, GSK.

Mechanism of Action
Belantamab mafodotin employs a unique, multi-faceted mechanism of action directed toward BCMA, a cell-surface protein expressed on normal B lymphocytes that plays an important role in the survival of plasma cells and is expressed on multiple myeloma cells.[6]

Upon binding to BCMA, belantamab mafodotin is internalized followed by the release of MMAF via proteolytic cleavage. The intracellularly released MMAF disrupts the microtubule network, leading to cell cycle arrest and apoptosis. Belantamab mafodotin has demonstrated antitumor activity in multiple myeloma cells and mediated killing of tumor cells through MMAF-induced apoptosis, as well as by tumor cell lysis through antibody-dependent cellular cytotoxicity (ADCC) and antibody-dependent cellular phagocytosis (ADCP).

Belantamab mafodotin exhibited dose-proportional pharmacokinetics, with a gradual decrease in clearance over time. The time to reach steady-state was ~70 days. After a planned infusion duration of 0.5 hours, maximum belantamab mafodotin plasma concentrations occurred at or shortly after the end of the infusion. Accumulation of belantamab mafodotin was ~70% with a dosing regimen of every 3 weeks (Q3W).

Meeting unmet medical needs
The approval of belantamab mafodotin was based on six-month primary results from the pivotal DREAMM-2 trial (NCT 03525678), an open-label, multicenter study, which enrolled patients with relapsed or refractory multiple myeloma who had actively progressing disease that had worsened despite the current standard of care.

Tin this trial, participating patients had, by the International Myeloma Working Group (IMWG) criteria, measurable disease. Patients with mild or moderate renal impairment (eGFR 30 to 89 mL/min/1.73m2) at baseline were also eligible for the study. However, the investigators excluded patients with corneal epithelial disease, except mild punctate keratopathy, at baseline. Participating patients received either belantamab mafodotin 2.5 mg/kg or 3.4 mg/kg intravenously once every 3 weeks until disease progression or unacceptable toxicity. The major efficacy outcome measure was an overall response rate (ORR) as evaluated by an Independent Review Committee (IRC) based on the IMWG Uniform Response Criteria for Multiple Myeloma.

“While treatable, refractory multiple myeloma is a significant clinical challenge with poor outcomes for patients whose disease has become resistant to the current standard of care. Due to the limited options currently available, these patients are often retreated with drugs from the same classes after they relapse, which is why the approval of belantamab mafodotin, the first anti-BCMA therapy, is significant for both patients and physicians alike,” Sagar Lonial, M.D., Chief Medical Officer, Winship Cancer Institute of Emory University in Atlanta, Georgia, Chair of Emory Department of Hematology and Medical Oncology and Principal Investigator for DREAMM-2 trial

DREAM-2 Study results
The safety of belantamab mafodotin was evaluated in the DREAMM-2 study, which included 218 patients of which 194 received a liquid formulation of the drug (not the approved dosage form) rather than the lyophilized powder.

Patients receiving treatment with single-agent belantamab mafodotin 2.5 mg/kg every three weeks (Q3W) demonstrated a clinically meaningful overall response rate (ORR) of 31% (97.5% CI; 21-43) in patients who had received a median of seven prior lines of treatment (n=97). The median duration of response (DoR) had not been reached at the six-month analysis, but 73% of responders had a DoR equal to or greater than six months.

Keratopathy is characterized as changes in the corneal epithelium as seen on eye examination, which can manifest with or without symptoms.

Ocular adverse reactions occurred in 77% of the 218 patients in the pooled safety population and included keratopathy (76%), changes in visual acuity (55%), blurred vision (27%), and dry eye (19%). Corneal adverse events were monitored with eye exams prior to each dose, allowing for dose reductions or interruptions as appropriate. Patients also used preservative-free eye drops. Keratopathy leading to treatment discontinuation affected 2.1% of patients in the 2.5 mg/kg cohort.[4]

REMS
Because of the risk of ocular toxicity, belantamab mafodotin is available only through a restricted program under a Risk Evaluation and Mitigation Strategy (REMS). This REMS program was developed to ensure the appropriate use of the therapeutic agent. The program requires education for all physicians prescribing belantamab mafodotin and their patients regarding the ocular risks associated with treatment as well as monitoring.

“The approval of belantamab mafodotin is an important advancement for patients with relapsed or refractory multiple myeloma, as it brings a much-needed new treatment to patients who face limited options due to their progressing disease,” Paul Giusti, President, and CEO of the Multiple Myeloma Research Foundation (MMRF)

“We are grateful for GSK’s continued commitment to myeloma patients and their families,” Giusti added.

Breakthrough Therapy
In 2017, belantamab mafodotin was granted Breakthrough Therapy designation by the FDA, which is intended to facilitate the development of investigational medicines that have shown clinical promise for conditions where there is a significant unmet need.

Note
* The approval was granted on August 5, 2020.
** Afucosylated monoclonal antibodies are antibodies engineered so that the oligosaccharides in the Fc region of the antibody do not have any fucose sugar units. When antibodies are afucosylated antibody-dependent cellular cytotoxicity (ADCC) is increased.

Clinical trials
Dose Escalation Study to Investigate the Safety, Pharmacokinetics, Pharmacodynamics, Immunogenicity and Clinical Activity of GSK2857916  – NCT02064387
A Study to Investigate the Efficacy and Safety of Two Doses of GSK2857916 in Participants With Multiple Myeloma Who Have Failed Prior Treatment With an Anti-CD38 Antibody – NCT03525678