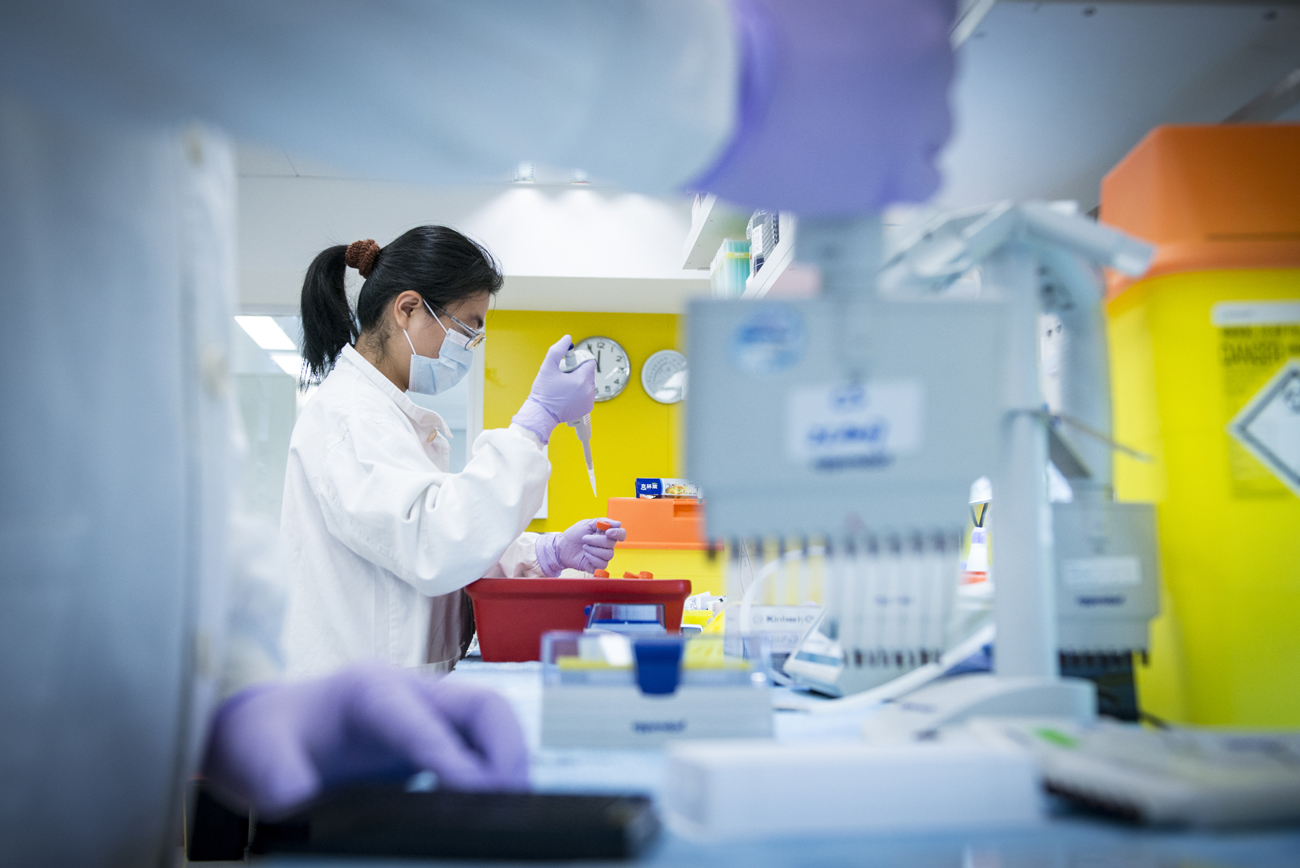 Earlier this week Daiichi Sankyo and AstraZeneca confirmed that the companies had entered into a clinical trial collaboration with to evaluate the combination of patritumab deruxtecan*, also know as U3-1402, a HER3 directed DXd antibody-drug conjugate (ADC), and osimertinib (Tagrisso®) an epidermal growth factor receptor (EGFR) tyrosine kinase inhibitor (TKI), in patients with EGFR-mutated advanced or metastatic non-small cell lung cancer (NSCLC).

There are no human epidermal growth factor receptor 3 (HER3) directed therapies approved for the treatment of NSCLC or any cancer.

Antibody-drug conjugates are targeted cancer medicines that deliver a cytotoxic chemotherapeutic payload to cancer cells via a linker attached to a monoclonal antibody that binds to a specific target expressed on cancer cells.

Patritumab deruxtecan is designed using Daiichi Sankyo’s proprietary DXd ADC technology and includes a human anti-HER3 antibody which is attached to a topoisomerase I inhibitor payload via a tetrapeptide-based linker. It is designed to target and deliver chemotherapy inside cancer cells that express HER3 as a cell surface antigen.

HER3
Patritumab deruxtecan targets Human epidermal growth factor receptor 3 (HER3), a member of the EGFR family of tyrosine kinase receptors, which are associated with normal as well as aberrant cell proliferation and survival.[2] HER3 expression has been associated with an increased incidence of metastases and reduced survival in patients with NSCLC with expression frequency reported being as high as 75%.[1]

HER3 lacks or has little intrinsic tyrosine kinase activity, it is, however, frequently co-expressed and forms heterodimers with other receptor tyrosine kinases (RTKs) to activate oncogenic signaling in cancer cells. Studies have also shown that HER3 is a more potent partner than other HER receptors for the oncogenic activity of HER2 in HER2-overexpressing tumors.

The frequency of HER3 overexpression in EGFR-mutated NSCLC has been reported to be as high as 75%, and there is evidence that HER3 expression may be associated with resistance to TKIs and is implicated as a major cause of treatment failure in the treatment of patients with cancer.[1][2][3]

Activation of HER3 signaling has also been shown to promote cancer metastasis. Numerous studies support the idea that therapeutic inactivation of HER3 and/or its downstream signaling, is required to overcome treatment resistance which may help improve the outcomes of cancer patients.[3]

Globally, lung cancer is one of the most common cancers. It is also the leading cause of cancer mortality worldwide with an estimated 2.1 million new cases of lung cancer in 2018 and 1.8 million deaths.[4] Non-small cell lung cancer (NSCLC) accounts for 80% to 85% of all lung cancers.[5]

Mutations in the epidermal growth factor receptor (EGFR) gene are among the most frequently observed genomic alterations in NSCLC, affecting approximately 14 to 30% of patients with NSCLC. [6] For patients with EGFR-mutated NSCLC, targeted therapy with EGFR TKIs offers higher response rates, overall survival, and progression-free survival compared to chemotherapy.[7] However, most patients eventually develop resistance to the TKIs, and new treatment approaches including combination strategies designed to overcome TKI resistance are needed.[8]

A majority of EGFR-mutated NSCLCs show some level of HER3 expression.[9][10] Currently, no HER3 directed therapies are approved for NSCLC or any cancer.

“The majority of patients with activating mutations of EGFR, or EGFR-mutated NSCLC, overexpress the HER3 protein in the cancer cells, and there is evidence that HER3 expression is a passenger marker of resistance to TKIs.

“This clinical trial collaboration supports our goal to optimize the development of patritumab deruxtecan in patients with EGFR-mutated metastatic NSCLC to further improve current standards of care. Daiichi Sankyo is pleased to begin this focused collaboration with AstraZeneca on this important aspect of patritumab deruxtecan development,” Gallant noted.

“In this trial, we will explore a new potential way to treat patients with the advanced disease by combining osimertinib with patritumab deruxtecan, a HER3 directed ADC,” said Cristian Massacesi, Senior Vice President, Head of Late Stage Development Oncology R&D, AstraZeneca.

“This combination approach represents one of our strategies for addressing tumor resistance. As we work to continue maximizing the benefit osimertinib can bring to patients, we look forward to collaborating with Daiichi Sankyo in this new area of study,” Massacesi said.

Study design
Under the terms of the agreement, Daiichi Sankyo will sponsor and conduct a multicenter, open-label, two-part phase I study evaluating patritumab deruxtecan and osimertinib as both a first-line and second-line combination treatment in patients with advanced or metastatic NSCLC with an EGFR exon 19 deletion or L858R mutation.

Participating patients enrolled in the first-line cohort will receive patritumab deruxtecan and osimertinib combination treatment. Patients in the second-line cohort will be randomized 1:1 to receive treatment with patritumab deruxtecan alone or in combination with osimertinib. The investigators plan to enroll up to 258 patients in this study, which will be conducted in North America, Europe, and Asia including Japan.

Note
* Patritumab deruxtecan (U3-1402) is one of three lead DXd antibody-drug conjugates being developed by Daiichi Sankyo. The investigational drug is currently being evaluated in a phase I study in previously treated patients with metastatic or unresectable NSCLC. The drug is also being evaluated in a phase I/II study in patients with HER3 expressing metastatic breast cancer.

This is an edited version of an article published in ADC Review | Journal of Antibody-drug Conjugates on August 6, 2020.