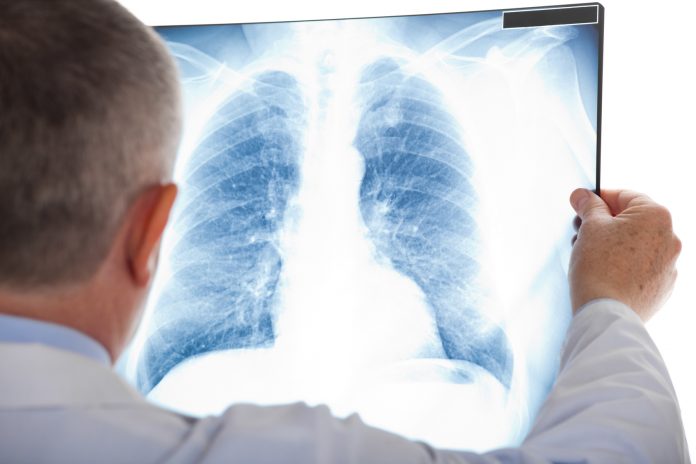 In preclinical lung cancer models harboring chromosomal rearrangements of both ALK and ROS1, lorlatinib has shown to be highly active. The investigational agent was specifically designed to inhibit tumor mutations that drive resistance to other ALK inhibitors and to penetrate the blood brain barrier, the filtering mechanism of the capillaries that carry blood to the brain and spinal cord tissue, which blocks the passage of certain substances – including medicinal drugs.

Treatment resistance resulting in disease progression is a major challenge faced by patients with ALK-positive metastatic NSCLC…. Lorlatinib was developed … to overcome resistance to first- and second-generation ALK-targeted therapies…

The European Medicines Agency and the Japan Pharmaceutical and Medical Devices Agency have also accepted marketing applications for the use of lorlatinib.

?The encouraging results observed in a variety of patients previously treated with ALK inhibitors provides the basis for these applications,? Rothenberg added.

Priority Review
The FDA grants Priority Review to medicines that may offer significant advances in treatment or may provide a treatment where no adequate therapy exists. In April 2017, lorlatinib received Breakthrough Therapy Designation from the FDA for patients with ALK-positive metastatic NSCLC previously treated with one or more ALK inhibitors.

The submissions are based on Phase II data from a Phase I/II clinical trial (NCT01970865) of lorlatinib, evaluating patients treated in distinct cohorts based on prior therapy. Full results from the Phase 2 portion of the trial were presented at the International Association for the Study of Lung Cancer (IASLC) 18th World Conference on Lung Cancer (WCLC) in October 2017. [1]

The Prescription Drug User Fee Act (PDUFA) goal date for a decision by the FDA is in August 2018.

NSCLC accounts for about 85% of lung cancer cases and remains difficult to treat, particularly in the metastatic setting. [3] Approximately 75% of NSCLC patients are diagnosed late with metastatic or advanced disease where the five-year survival rate is only five percent.[2][4][5]

ALK gene rearrangement is a genetic alteration that drives the development of lung cancer in some patients.[6][7] Epidemiology studies suggest that approximately three to five percent of NSCLC tumors are ALK-positive.[8]

A multi-center, open-label expanded access protocol (NCT03178071) is now open in the United States for lorlatinib, making it available for eligible adults with ALK-positive or ROS1-positive advanced NSCLC at select sites.