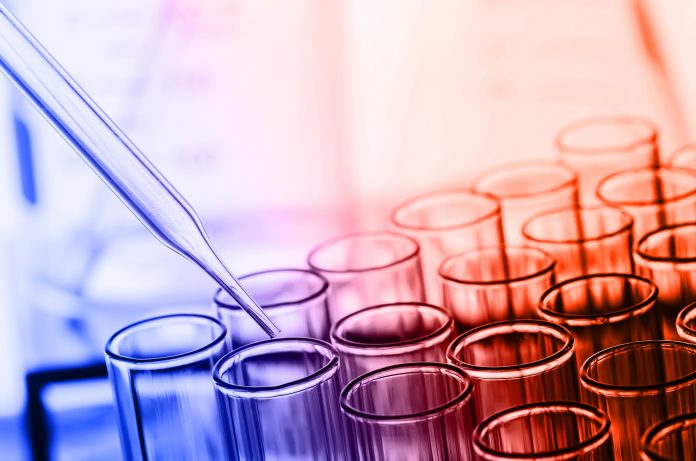 The Signal Transduction Activator of Transcription 3 (STAT3) is a member of the STAT protein family, which is crucial in? intracellular transcription and extracellular signals to the cell’s nucleus mediating many? physiological processes involved in cellular immunity, proliferation, apoptosis and differentiation. They are primarily activated by membrane receptor-associated Janus kinases (JAK) [1]


Researchers have found that in contrast to the transient nature of physiological STAT3 signaling observed in normal, healthy, cells, STAT3 is persistently activated in many malignancies – leading to cell proliferation, survival, angiogenesis, and tumor-mediated immune evasion.[1]

…we now have preclinical evidence to suggest [that] we are capable of controlling a process known as ‘ubiquitination’ to block the activated form of STAT3, an important oncogenic transcription factor…

Considering the available evidence, researchers are regarding STAT3 as an important therapeutic target in cancer since it is frequently activated in a wide range of malignancies.? In-vitro STAT3 inhibition, for example leads to growth inhibition and apoptosis in many human cancer models. [2]

STAT3 activation has also been identified as a mechanism of resistance in oncogene-addicted tumors cells treated with their respective oncogenic pathway inhibitors.

For example, primary pharmacological inhibition of various oncogene-driven models, including EGFR, HER2, ALK, and MET, has shown therapeutic resistance through upregulated STAT3 signaling, leading to increased apoptosis of these cells, and in turn, suggesting that STAT3 is necessary for their survival.[5]

Because resistance to primary pharmacologic inhibition is inevitable in oncogene-addicted tumors, these findings have wide-ranging therapeutic implications.

Cutting Edge Science
Based on preclinical results, clinical stage pharmaceutical company Moleculin Biotech, which focuses on the development of novel anti-cancer drug, and the MD Anderson Cancer Center (The University of Texas) have agreed to continue their collaboration in the development of? STAT3 inhibitors.

“Our WP1066 portfolio has already resulted in multiple collaborations with some of the most prestigious cancer centers in the world and now this new discovery could dramatically improve our ability to treat a broader range of the most difficult cancers, and especially pancreatic cancer.”

Game-changer
“The scientific community recognizes the potential for small molecule immuno-stimulating STAT3 inhibitors to become a game-changer for treating cancer patients. We believe this discovery may not only dramatically improve our ability to develop and deliver such therapies, it may also help support a new mechanistic understanding of oncogenic transcriptional activity,” explained Donald (Don) H. Picker, Ph.D, Moleculin’s Chief Science Officer.

“Specifically, we now have preclinical evidence to suggest we are capable of controlling a process known as ‘ubiquitination’ to block the activated form of STAT3, an important oncogenic transcription factor. The study of the role of ubiquitination in cancer is cutting edge science and appears to hold great promise. And, given the desperate lack of treatment options for indications like pancreatic cancer, we believe clinical researchers across the country have been eagerly awaiting a breakthrough like this.,” Picker added.

“In developing our current lead STAT3 inhibitor, WP1066, for brain tumors, we have focused on its oral bioavailability and brain uptake, but at the same time we have continued our quest to expand this portfolio by the creating alternative inhibitors with increased bioavailability and altered tissue and organ distribution that are not affected by first-pass metabolism,”? he continued.

“The lead molecule resulting from this new discovery is called WP1732 and it not only appears to share the same key mechanistic properties with WP1066, it has markedly different organ distribution and its dramatically increased solubility makes it ideal for administration via standard IV injection. Importantly, preclinical testing has also shown that WP1732’s properties make it a promising candidate for treating pancreatic cancer, one of the most resistant and deadly forms of cancer,” Picker? concluded.

Potentially breakthrough disruptive technologies
Moleculin in developing a number of potentially breakthrough disruptive technologies. This includes Annamycin, a? liposomal anthracycline intended for the treatment of relapsed or refractory Acute Myeloid Leukemia (AML). The investigation drug is active against multidrug resistant tumor cells and has been designed to be non-cardio toxic, which is unlike currently approved drugs in this class, immuno-stimulating STAT3 inhibitors like WP1066, WP1732, and WP1122, a metabolic inhibitor that has been shown in preclinical testing to effectively block the energy supply required by cancer cells to function and proliferate.

The company’s WP1220 is a patented STAT3 inhibitor designed to be compatible with topical formulations and was selected based on its preclinical activity in Cutaneous T-Cell Lymphoma cell lines and based on the need for better topical treatments for CTCL.