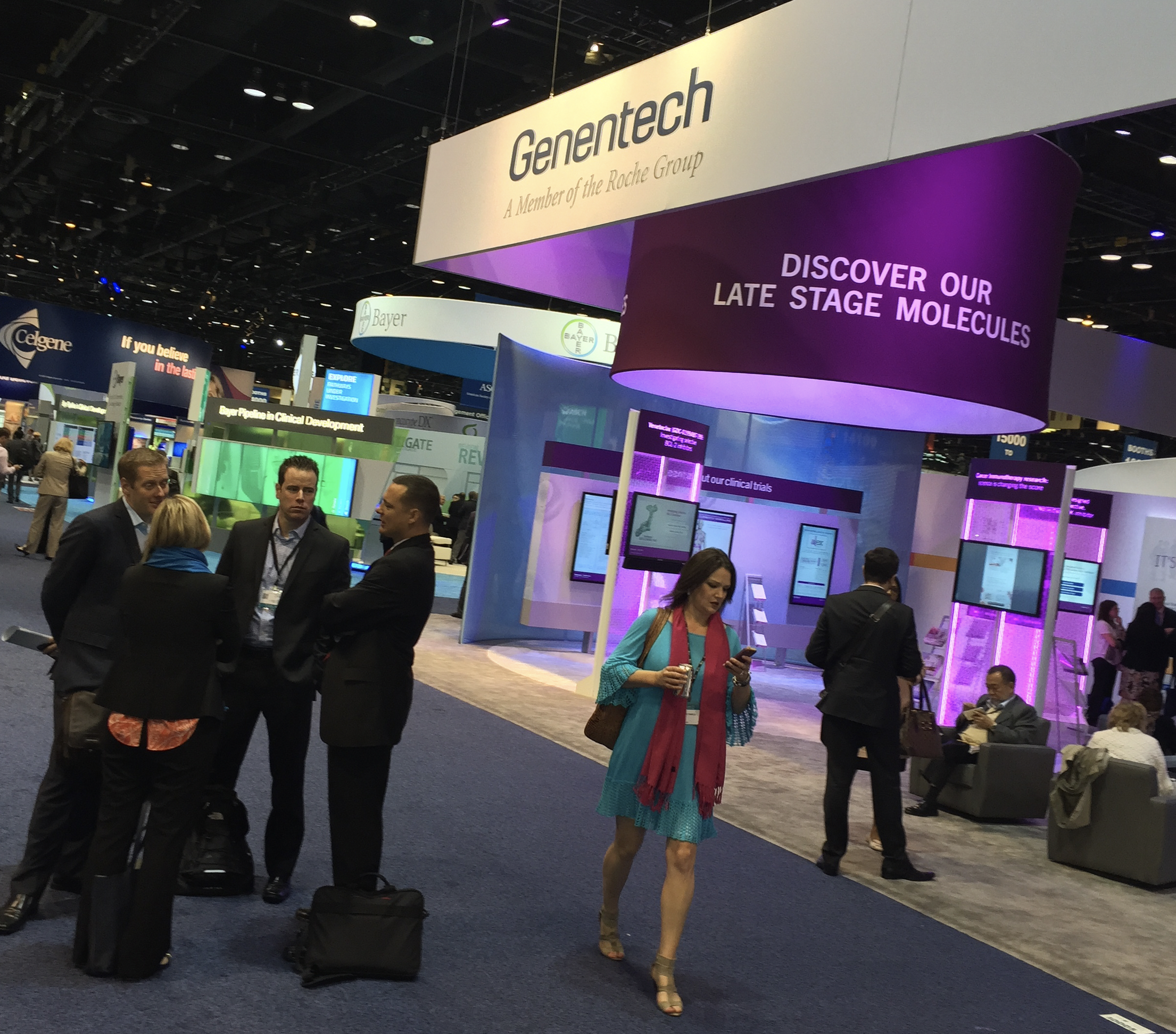 During the upcoming annual meeting of the American Society of Clinical Oncology (ASCO) Annual Meeting, to be held from June 3-7, 2022 in Chicago, Il, Genentech and its research partners will present new data from across the company’s oncology portfolio including new pivotal data on the investigational CD20xCD3 T-cell engaging bispecific antibody, glofitamab.

The data from the Phase II NP30179 multi-center, open-label, expansion study in people with relapsed or refractory diffuse large B-cell lymphoma, which will be presented for the first time during ASCO, demonstrated that, after a median follow-up of more than 12 months, fixed-duration glofitamab (given for a fixed amount of time, and not taken until disease progression) induces durable complete responses (CRs) in patients with relapsed or refractory (R/R) diffuse large B-cell lymphoma (DLBCL), who had received a median of three prior therapies.

DLBCL is an aggressive form of lymphoma, where as many as 40% of patients will relapse, at which point treatment options are limited and survival is shortened.

Glofitamab, previously known as RO7082859,  is an investigational CD20xCD3 T-cell engaging bispecific antibody designed to target CD20 on the surface of B cells and CD3 on the surface of T cells. The investigational agent is based on a novel structural format called ‘2:1’. It is engineered to have two ‘Fab’ regions which bind to CD20, and one ‘Fab’ region which binds to CD3. This dual targeting activates and redirects a patient’s existing T cells to engage and eliminate target B cells by releasing cytotoxic proteins into the B cells.

“These data [which will be presented at ASCO], bring us one step closer towards our goal of finding solutions for people with heavily pre-treated diffuse large B-cell lymphoma, which often relapses and becomes more aggressive each time it returns,” noted Levi Garraway, M.D., Ph.D., chief medical officer and head of Global Product Development.

“The potential of glofitamab as a new fixed-duration, readily available treatment could be instrumental to improving outcomes for people with this difficult-to-treat cancer who otherwise have limited options.”

The pivotal Phase II NP30179 expansion study included patients with heavily pre-treated and highly refractory DLBCL, with 58.3% of patients refractory to their initial therapy and about one-third (33.1%) having received prior CAR T-cell therapy. After a median follow-up of 12.6 months, 39.4% of patients (n=61/155) achieved a CR (primary efficacy endpoint) and half of them (51.6%; n=80/155) achieved an overall response (the percentage of patients with a partial or complete response; secondary efficacy endpoint), as assessed by an independent review committee.

The majority (77.6%) of complete responses were durable and ongoing at 12 months and the median duration of complete response had not yet been reached (not evaluable [16.8 months, not evaluable]). Cytokine release syndrome (CRS) was the most common adverse event occurring in 63.0% of patients. CRS events were predictable, generally low grade (mainly Grade 1 [47.4%] or 2 [11.7%]), occurred at initial doses, and only one patient discontinued glofitamab due to CRS. Incidence of Grade 3+ CRS was low (3.9%), with no Grade 5 events.

New Hope
“I’m encouraged by these data as they signify new hope for these patients who otherwise have limited effective treatment options and have faced disappointment from not responding to multiple rounds of treatments,” said Associate Professor Michael Dickinson, Hematologist and Lead of the Aggressive Lymphoma Disease Group within Clinical Haematology at Peter MacCallum Cancer Centre and Royal Melbourne Hospital, Australia.

“These glofitamab data suggest that patients may be able to achieve durable responses with a set course of treatment that they don’t have to take continuously until disease progression.”

Data from the NP30179 study have been submitted for approval to the European Medicines Agency (EMA), and submissions to additional health authorities worldwide, including to the U.S. Food and Drug Administration (FDA), are planned this year. In addition, glofitamab is being investigated in several clinical trials and explored in earlier lines of lymphoma treatment.

In addition glofitamab is being investigated in several clinical trials including the STARGLO Phase III study, evaluating glofitamab in combination with gemcitabine and oxaliplatin (GemOx) versus rituximab (Rituxan®/MabThera®; Genentech/Roche) in combination with GemOx in autologous stem-cell transplant ineligible relapsed or refractory DLBCL.

Furthermore, key findings from an analysis of the Asia subpopulation from the pivotal Phase III POLARIX study investigating polatuzumab vedotin (Polivy®; Genentech/Roche), an Antibody-drug Conjugates, in combination with rituximab plus cyclophosphamide, doxorubicin and prednisone (R-CHP) in people with newly diagnosed DLBCL will be featured inducing the 2022 annual ASCO. [1][2]

Polatuzumab vedotin plus R-CHP is the first treatment regimen to significantly improve outcomes in previously untreated DLBCL in more than 20 years, potentially transforming treatment for people with this disease.

imCORE
Additionally, three abstracts from the Immunotherapy Centers Of Research Excellence (imCORE) Network will be presented at ASCO. imCORE is an academic-industry network for scientific collaboration, established by Genentech and connecting experts from 26 leading institutions around the globe.

imCORE studies to be presented at ASCO include a Phase I study investigating autogene cevumeran (an mRNA-based individualized neoantigen-specific immunotherapy [iNeST]) in the adjuvant setting of pancreatic ductal adenocarcinoma; a data mining study evaluating intermediate endpoints for survival in metastatic breast cancer in the real-world setting and a study identifying mechanisms of acquired resistance to immune checkpoint blockade.

Clinical trials
A Dose Escalation Study of Glofitamab (RO7082859) as a Single Agent and in Combination With Obinutuzumab, Administered After a Fixed, Single Pre-Treatment Dose of Obinutuzumab in Participants With Relapsed/Refractory B-Cell Non-Hodgkin’s Lymphoma – NCT03075696