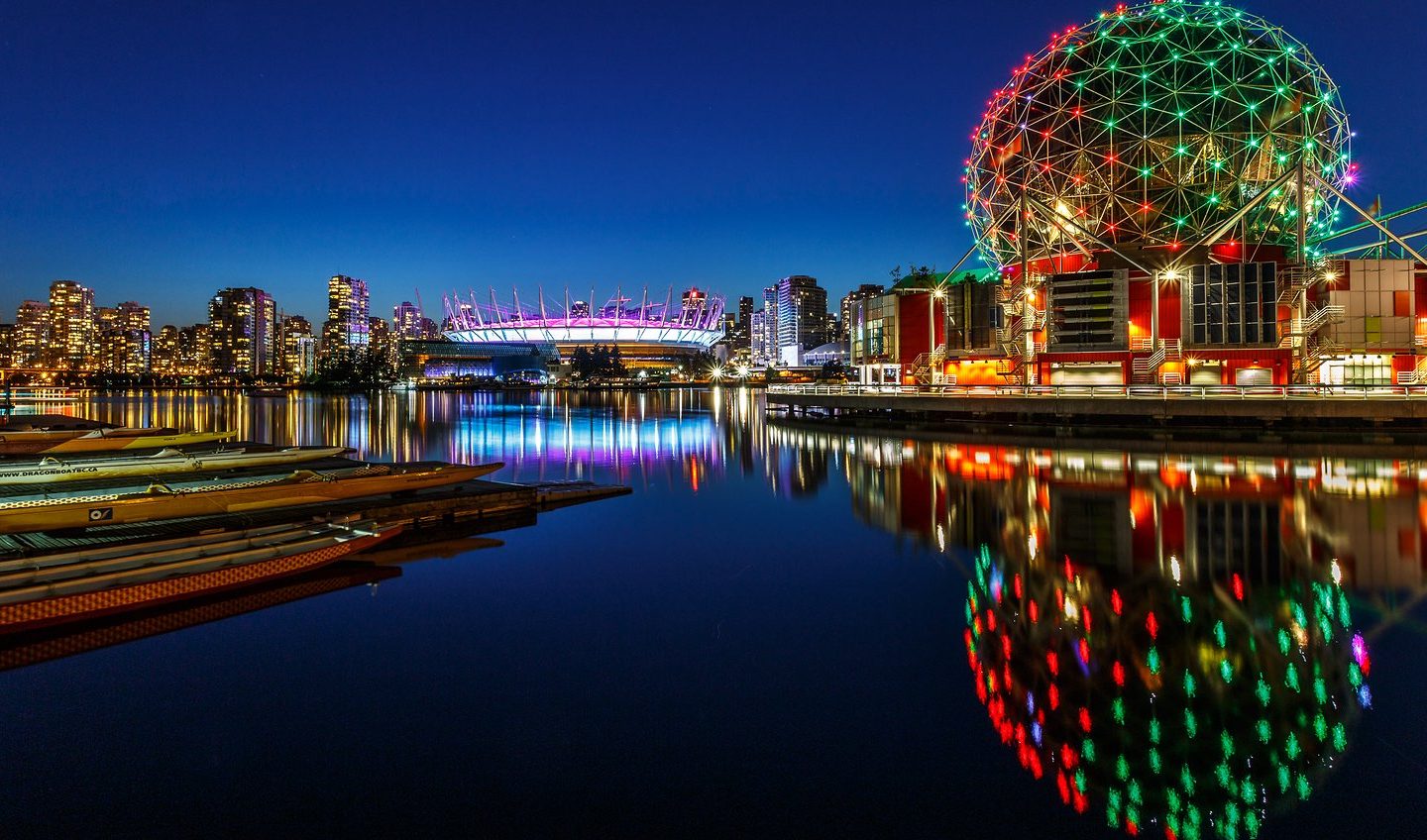 In this interview Paul Schmidt, co-host of The Onco’Zine Brief, asked Laurie H. Sehn, MD, Clinical Professor at the British Columbia Cancer Centre for Lymphoid Cancer in the Division of Medical Oncology at the University of British Columbia, Vancouver, BC, Canada, about new treatment options for patients diagnosed with non-Hodgkin’s Lymphoma, presented at the 2021 Annual Meeting of the American Society of Clinical Oncology (ASCO). 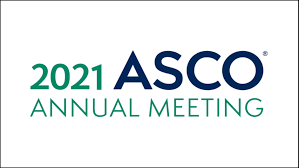 Paul Schmidt: There are some promising data emerging and ASCO 2021 for patients with non-Hodgkin’s lymphoma.

I’m joined by Doctor Laurie H. Sehn, one of the lead authors of this new data, which centers on two investigational CD 20 by CD three. T-cell engaging by specific antibodies, Muslim and an anti-CD79 B antibody-drug conjugate, politically. Doctor Shen, set the scene for us briefly, where are we currently in the treatment of NHL? And what’s different about these antibodies and specifically about Politizumab?

Laurie H. Sehn, MD: Well, you know, as you know, non-Hodgkin lymphoma is not just one entity, but it’s numerous cancers, of lymphoid white blood cells. So we need to think of them as unique problems.

I’d say that to summarize, the challenge, of course, is treating aggressively. B-cell non-Hodgkin lymphomas evolve very quickly and, and can be fatal for patients in the short term. Um, the good news is that we can cure many of these patients with upfront chemotherapy-based platforms, but when they relapse, we really don’t do such a good job, of treating them and curing them moving forward.

So we’re desperately in need of novel therapies for patients with relapses. And refractory aggressive B-cell lymphomas. Similarly, for the indolent B-cell lymphomas, the most common one that we see is follicular lymphoma. These still remain incurable. So. You know, initial therapy still relies very much on rudimentary chemotherapy, usually combined with monoclonal antibodies.

And although we can control the disease, inevitably patients will relapse and require further therapies. And, ultimately, we really struggled to try and control the disease. Patients despite, you know, the relative indolent nature. So I think it’s an extremely exciting time that over the last few years, we’ve seen the development of some novel approaches to treat both aggressive and indolent B-cell lymphomas.

And namely, we’ve seen immunotherapy approaches that have come about including bi-specific monoclonal antibodies. And targeted antibody-drug conjugates (ADCs) which are basically targeted antibodies with cytotoxins attached to them that are showing real promise. So this year at ASCO, we saw updated data on, uh, some of the lead contenders in this area.

So for the antibody-drug conjugates, polatuzumab vedotin (Polivy®; Genentech/Roche) has already been US Food and Drug Administration (FDA) approved in combination with bendamustine and rituximab. And that has really led to a remarkable benefit for many patients with relapsed and refractory diffuse, large B-cell lymphoma. At this year’s meeting, we saw additional data looking at polatuzumab vedotin in a novel combination.

Both not only for aggressive B-cell lymphomas but also for indolent B-cell lymphomas. just briefly talking about the bi-specific monoclonal antibodies, mosunetuzumab and glofitamab are two of the agents that I would say are furthest along in development have also shown longer-term data that is certainly very exciting.

Paul Schmidt: So give us the highlights. What are the most remarkable findings of the data in your view?

Laurie H. Sehn, MD: Well, I would say let’s, let’s focus on bi-specific monoclonal antibodies, to start. So both mosunetuzumab and glofitamab. So two of the lead contenders in development right now have a very similar mechanism of action. These drugs are basically like two antibodies stuck together, but one of the antibodies is targeting CD-20 which is typically present on most B-cell non-Hodgkin lymphomas. And the other antibody is targeting CD-3, which is generally present on some of the body’s cytotoxic T-cells. So the idea is to bring the malignant B cells close together with the body’s own immune system, the T-cells that could recognize the lymphomas and then activate and react against it.

It is a novel form of immunotherapy, both drugs, mosunetuzumab and glofitamab, are slightly different in design, but the concept is the same. These drugs are being evaluated separately and ongoing trials are testing them in both patients with aggressive and indolent B-cell lymphoma. And what we saw presented at this year’s meeting was longer-term data of these ongoing single-agent trials and across the board, I have to say that, um, you know, we’re quite enthusiastic about the benefit that we’re seeing reported from these trials, and it shouldn’t be stated that these trials are already, or are focused, on patients who have already received standard treatment. So most of the patients have already received at least two lines of standard therapy and in many scenarios have very limited options. And what we’re seeing is that, um, for both aggressive and indolent non-Hodgkin lymphomas, the response rates are, uh, notably quite high for lymphomas.

We’re seeing response rates of over 50% and for indolent lymphoma, we’re seeing responses closer to the range of 70% with many of these patients achieving complete remissions. Of course, these are still ongoing trials that actually phase one trial, and, had an initial dose escalation, but essentially with the ongoing follow-up that’s being reported we’re seeing many patients having quite a durable benefit and this, you know, exceeds the expectations that we would have with some of the standard therapies we currently have.

Paul Schmidt: And you’re near 70%, that’s amazing, that’s great news! Talk, if you would, a little bit about the adverse offense that you’re finding in the study and the side effects that you found.

Laurie H. Sehn, MD: So, you know, again, this is a unique form of immunotherapy that is still in development. The exciting thing is it takes us away from chemotherapy, which we’ve relied on for decades that comes with many side effects, including hair loss and lowering of the immune system and the white blood cells, and nausea and vomiting.

That’s a big term that really refers to the release of chemicals in the body. So cytokines and these chemicals, um, and cytokine release. Um, is a phenomenon that can happen if you wake the immune system up too quickly. And the immune cells actually release chemicals that can cause symptoms and side effects.

The good thing is that this is a side effect that can be very easily anticipated and managed. But it can cause allergic-type reactions, high blood pressure, low blood pressure, changes in breathing, and, for the most part, tends to be relatively low level in nature. But for patients who have a more extreme reaction, we do have a drug called tocilizumab (Actemra®; Genentech/Roche) that can counteract it and bring it under control. [1] So it’s a learning curve with these drugs for short. This is a unique type of reaction that occurs with immunotherapies, such as these bi-specific antibodies, but we have a way of controlling it with another drug. And importantly, to know that this is a side effect that generally only occurs with the first cycle of treatment. So once patients get beyond their first cycle is very unlikely to happen.

The other side effects we worry about with immunotherapies are neurologic side effects. You might be familiar with car T-cell therapy, which is a type of cellular immunotherapy and neurologic side effects have been a very big worry associated with that type of immunotherapy. The good news is that with the bi-specific antibody immunotherapy, the risk of neurologic side effects has been very, very low with grade three or four of the more serious [cases], which really only occurred in under 5% or under 3% of patients. So it’s, it’s, in regard to neurologic concerns, a very low risk. And then I’d say the last side effect I mentioned is that, although it’s not a form of chemotherapy, we do see effects on other immune cells. So we do get a lowering of some of the body’s normal white blood cells, including neutrophils, making the risk of infection, and lowering of the white cells is also a side effect. But again, this is manageable and something that we’re used to dealing with chemotherapy, where it’s much more likely to have.

Paul Schmidt: Where are we in the development timeline? How soon will patients start seeing these new treatments in the meantime?

Laurie H. Sehn, MD: So it’s funny to say that to, you know, the main data that’s emerged has actually come from phase one trials, which have been ongoing now for probably at least three to four years.

So within these phase  I trials, we’ve seen hundreds of patients treated, and we’re now seeing follow-up times that are years in duration. So while we’re used to thinking about phase 1 trials as very short initial studies with small numbers of patients, the phase 1 trials that we have for both mosunetuzumab and glofitamab, have enrolled many patients and our follow-up time is quite long. So it’s, it’s quite likely that what we’ll see is that this data, because these trials that have been done in patients who really have limited treatment options. This is a unique mechanism of action and a novel therapy approach, and because of the tremendous benefit that we’re seeing, it’s quite likely that these phase 1 trials will be used to try and seek regulatory approval.

So I think we’re expecting that sometime within the next six months, We might see both, most of them seek regulatory approval based on the data that’s already available. And we think that they could emerge on the market within the next year or so. The other thing that’s important is that there are many ongoing trials.

So in addition to these initial trials that I described, these are being tested in larger trials and are being tested in randomized trials. More importantly, we’re starting to see. Combination trials emerge, where they’re being combined with other novel therapies and being tested against some of our standard approaches, as I said, they still rely on chemotherapy, so, this initial data is very exciting.

I think there’s a good chance. It could lead to regulatory approvals that we can get these drugs, you know, Into the hands of clinicians and, and benefiting patients. But I think in addition to this, we’re seeing, you know, we’ll be seeing for sure more data emerging from additional trials including combination trials and comparative trials that I think will also solidify, you know, where these drugs, uh, should be used and, and how they can benefit patients.

Paul Schmidt: Lots of possibilities, lots of promising data, and some hope. Dr. Laurie Sean, thanks for joining us this afternoon.

ASCO 2021: Promising Data for a New Treatment Option of non-Hodgkin’s Lymphoma By The Onco’Zine Brief with Peter Hofland is licensed under a Creative Commons License.