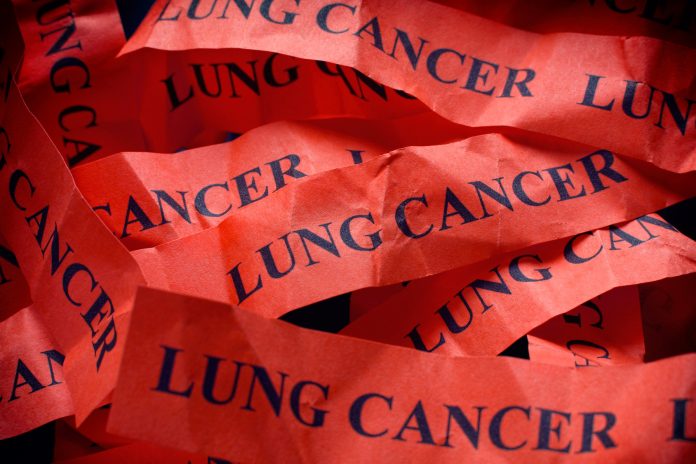 A late breaking subanalysis of the phase III CONVERT trial to be presented at the 7h edition of the European Lung Cancer Conference (ELCC), held 5-8 May 2017, in Geneva, Switzerland,
showed that white blood cell boosting drugs are safe during concurrent chemo-radiotherapy of small cell lung cancer (SCLC).[1]

?The optimal treatment for limited-stage SCLC is concurrent chemo-radiotherapy,? said lead author Fabio Gomes, a medical oncologist at the Christie NHS Foundation Trust, Manchester, UK. ?The efficacy of this intensive treatment is balanced by more toxicity, mainly hematological but also esophageal and pulmonary. Meaning this is not a treatment to be considered for every patient and many more will struggle to stay on track with the planned treatment?.

Boosting survival
Granulocyte colony-stimulating factors (G-CSFs) are commonly used as a supportive measure to boost the survival, proliferation and differentiation of neutrophils. The expected neutropenia is less severe and patients recover more quickly, reducing their risk for infectious complications. However, its use during concurrent chemo-radiotherapy in SCLC is controversial and the American Society of Clinical Oncology (ASCO) recommends against its routine use.[2] This is due to a randomized trial with 215 eligible patients performed between 1989 and 1991, which showed a significant increase in severe thrombocytopenia, severe anemia, pulmonary complications and toxic deaths when granulocyte-macrophage CSFs (GM-CSFs) were used during concurrent chemo-radiotherapy.[3]

?There have been two major changes since this trial was published in 1995 which may affect the safety of CSF in this context. First, the trial tested GM-CSFs which act on more than one blood cell lineage and are not commonly used nowadays. Instead we use G-CSFs, which are more specific and aim for the neutrophil lineage only. Second, modern radiotherapy techniques have evolved significantly since then and are more precise, which reduces the risks of toxicity,? Gomes said.

CONVERT trial
The phase III CONVERT trial enrolled 547 patients with limited-stage SCLC for concurrent chemo-radiotherapy who were randomized to once-daily or twice-daily radiotherapy. There was no difference in overall survival between the two groups.4

The trial protocol allowed the use of G-CSF, and around 40% of patients received it at some point during the treatment. For the analysis presented today, the researchers compared the toxicities and outcomes between patients who received G-CSF during concurrent chemo-radiotherapy and those who did not.

They confirmed that the chance of severe thrombocytopenia or anaemia during treatment almost doubled in patients given G-CSF to around 30% and 20%, respectively, however these were lower than previously reported. That was followed by a significantly higher use of further supportive measures such as platelets and blood transfusions. However, there was no difference in the incidence of pulmonary complications or in survival.

?G-CSF had no significant negative impact on the outcomes of these patients, which is a very comforting result. The higher haematological toxicity was balanced by an appropriate supportive care throughout treatment,? Gomes added.

?We can conclude from this analysis that the use of G-CSF during thoracic radiotherapy is safe and should support patients to receive the full planned course of concurrent chemo-radiotherapy and achieve the best possible benefit. These findings should give clinicians the confidence to use G-CSF when needed in this context. We aim to publish a complete analysis later this year which may hopefully help change the current guidelines,? he observed.

?In this analysis, the use of G-CSF did not result in an increased risk of pneumonitis, but the incidence of severe thrombocytopenia is a concern,? he continued. ?The use of G-CSF was not detrimental to progression-free survival or overall survival. We can conclude that primary or secondary prophylaxis of febrile neutropenia with G-CSF is justified, but patients at higher risk for thrombocytopenia should be treated with caution,? Zimmermann concluded.