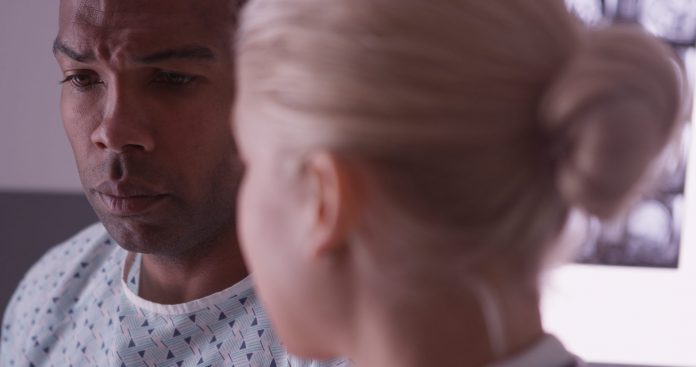 The U.S. Food and Drug Administration (FDA) has granted a priority preview status to Incyte‘s New Drug Application (NDA) for pemigatinib (also known as INCB054828) , a drug that may offer a major advance in treatment options. The designation shortens the review period to eight months compared to 12 months for the FDA’s Standard Review.

Pemigatinib is a selective fibroblast growth factor receptor or FGFR inhibitor for the treatment for adult patients (≥ 18 years) with previously treated, locally advanced or metastatic cholangiocarcinoma with documented FGFR2 fusions or rearrangements.

FGFRs, a family of receptor tyrosine kinases upregulated in many tumor cell types, plays an key role in cellular proliferation, migration, survival and angiogenesis. Activating fusions, rearrangements, translocations and gene amplifications in FGFRs are closely correlated with the development of various cancers.

Pemigatinib is a potent, selective, oral inhibitor of FGFR isoforms 1, 2 and 3 which, in preclinical studies, has demonstrated selective pharmacologic activity against cancer cells with FGFR alterations.

The disease has high mortality owing to its aggressiveness, resulting in patients being diagnosed at a late or refractory (advanced) stage, when the prognosis is poor.[1][2] The incidence of cholangiocarcinoma, which varies regionally and ranges between 0.3 – 3.4 per 100,000 in North America and Europe, influenced by factors such as treatment allocation, including age, education, comorbidities, cancer stage, grade, and treatment center. [1][2]

FGFR2 fusions or rearrangements occur almost exclusively in iCCA, where they are observed in 10-16% of patients. [3][4][5]

NDA Submission
The NDA submission is based on data from the phase II FIGHT-202 study (NCT02924376), an open-label, multicenter study evaluating the safety and efficacy of pemigatinib, which was funded by Incyte.

Participating patients were enrolled into one of three cohorts – Cohort A (FGFR2 fusions or rearrangements), Cohort B (other FGF/FGFR genetic alterations) or Cohort C (no FGF/FGFR genetic alterations). All patients received 13.5 mg pemigatinib orally once daily (QD) on a 21-day cycle (two weeks on/one week off) until radiological disease progression or unacceptable toxicity.

The study results, presented earlier this year at the annual meeting of the European Society for Medical Oncology (ESMO) in Madrid, Spain, during a late-breaking oral session (Abstract #LBA40), demonstrated an overall response rate (ORR) in Cohort A, assessed by independent review per RECIST v1.1 (primary endpoint)

The study results showed that in patients harboring FGFR2 fusions or rearrangements (Cohort A), pemigatinib monotherapy resulted in an overall response rate (ORR) of 36% (primary endpoint), and median duration of response (DOR) of 7.5 months (secondary endpoint) with a median follow-up of 15 months.

Secondary endpoints also included ORR in Cohorts B, A plus B, and C and progression free survival (PFS), overall survival (OS), duration of response (DOR), disease control rate (DCR) and safety in all cohorts.

The results of the study also show that the adverse events were manageable and consistent with the mechanism of action of pemigatinib.

“There is a significant need for new therapies for patients with cholangiocarcinoma, who have limited treatment options beyond first-line chemotherapy and often face a poor prognosis,” Langmuir said.

“We are very pleased that the FDA has accepted our NDA for Priority Review which we believe represents an important step toward providing the first treatment option for patients with previously treated, locally advanced or metastatic cholangiocarcinoma with FGFR2 fusions or rearrangements,” Langmuir added.

“We intend to work closely with the FDA to bring this innovative targeted therapy to patients suffering from this devastating disease as soon as possible,” he concluded.

Finally, FIGHT-302 is a recently initiated Phase III study investigating pemigatinib as a first-line treatment for patients with cholangiocarcinoma with FGFR2 fusions or rearrangements.