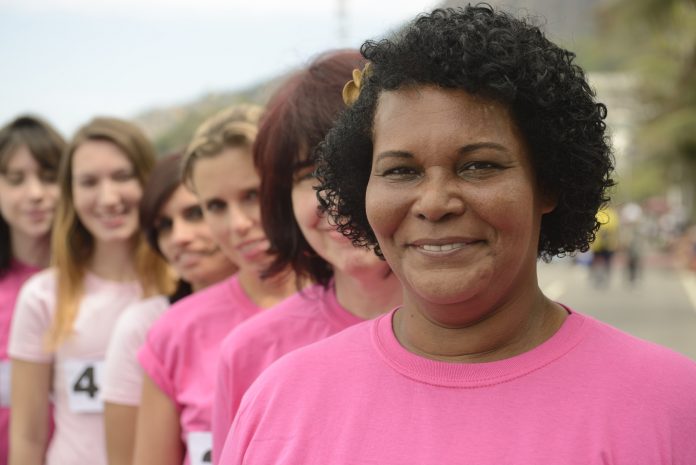 A study funded by the National Institute on Minority Health and Health
Disparities of the National Institutes of Health, published early online in CANCER, a peer-reviewed journal of the American Cancer Society, demonstrates that women of color and young women may face elevated risks of developing triple-negative breast cancers (TNBC), which are often aggressive and do not respond to hormone therapy or targeted therapy.[1]

Previous studies in the United States have found racial disparities in triple-negative breast cancer diagnoses, but few have looked beyond the scope of one state.

To conduct a larger study, Lia Scott, PhD, MPH, of the Georgia State University School of Public Health, and her colleagues analyzed all breast cancer cases diagnosed during 2010–2014 from the United States Cancer Statistics database, a population-based surveillance system of cancer registries with data representing 99% of the U.S. population.

More than 21% of non-Hispanic black women were diagnosed with triple-negative breast cancer, compared with less than 11% for all other types of breast cancer.

Defined by the absence of estrogen and progesterone receptors and the absence of HER2 overexpression, triple-negative breast cancers represent a heterogeneous breast cancer subtype characterized by shorter overall survival (OS) and an early peak of distant recurrences at 3 years after diagnosis. The majority of deaths occur in the first 5 years following initial diagnosis. To date few systemic treatment options exist besides the use of chemotherapy. The heterogeneity of the disease has limited the successful development of targeted therapy. [2]

Better understanding
“With the advent and availability of more comprehensive cancer data, such as the United States Cancer Statistics database, it is important that we continue to explore disparities in order to better inform practice and policy around screenable cancers like breast cancer,” Scott said.

“We hope that this update on the epidemiology of triple-negative breast cancer can provide a basis to further explore contributing factors in future research,” she concluded.