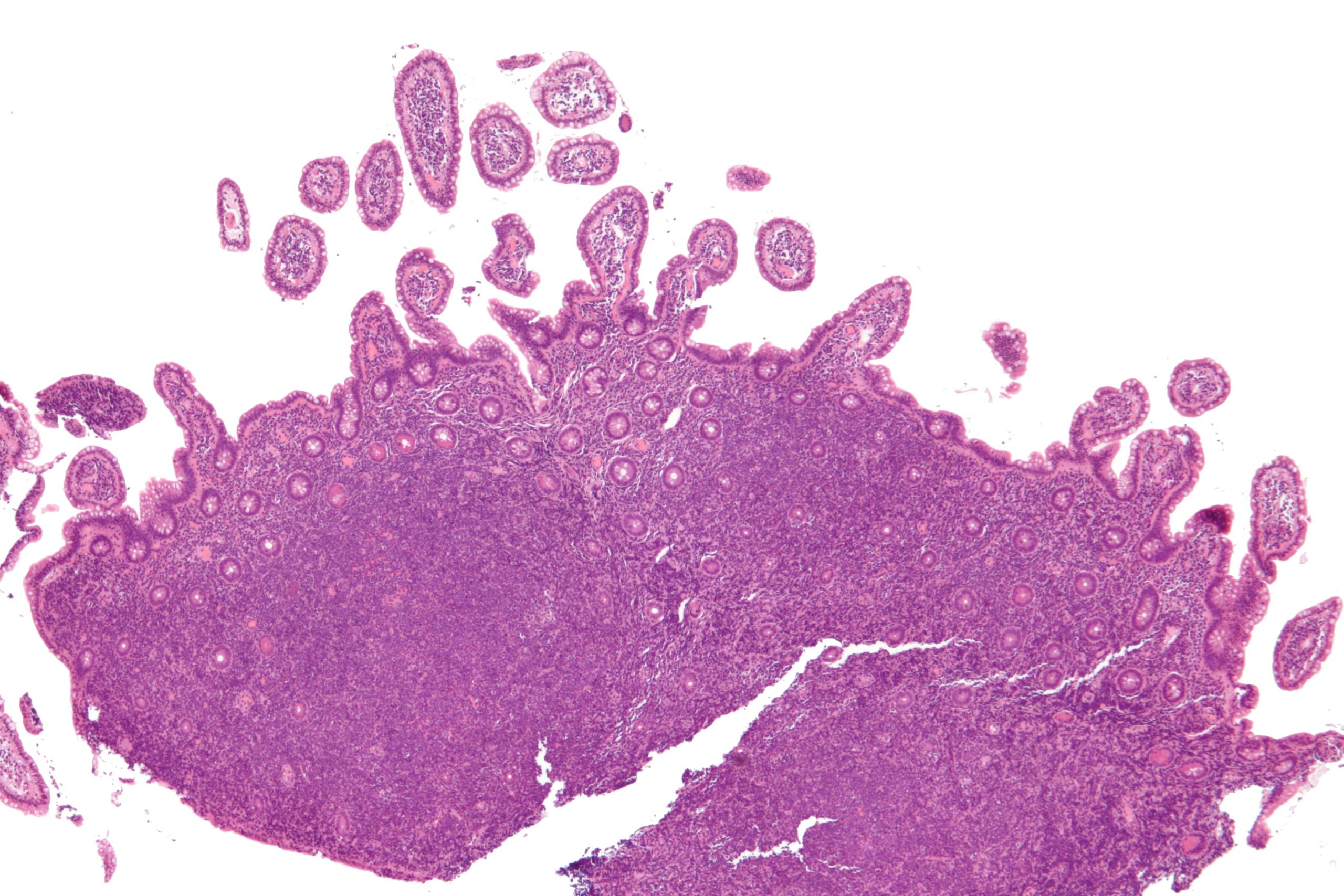 The drug is currently being evaluated in a Phase 1/2 clinical trial in combination with ibrutinib for the treatment of MCL or chronic lymphocytic leukemia (CLL), in a collaboration with the University of California San Diego (UC San Diego) School of Medicine and the California Institute for Regenerative Medicine (CIRM). In addition, Oncternal Therapeutics is supporting two investigator-sponsored studies being conducted at the UC San Diego School of Medicine, including a Phase 1b clinical trial of zilovertamab in combination with paclitaxel for the treatment of women with HER2-negative metastatic or locally advanced, unresectable breast cancer, and a Phase 2 clinical trial of zilovertamab in combination with venetoclax, a Bcl-2 inhibitor, in patients with relapsed/refractory CLL.

In the United States approximately 4,200 and 21,000persons respectively are diagnosed with MCL and CLL annually. There are currently no curative therapies. Patients with MCL or CLL generally require successive rounds of therapy and often develop refractory disease.

Ibrutinib (IMBRUVICA®) is an orally administered inhibitor of Bruton’s tyrosine kinase, that has become a standard of care in the modern treatment of CLL and MCL. However, most patients with CLL achieve only a partial response with ibrutinib, which then must be administered continuously, resulting in a greater potential for side effects, which is an enhanced health care burden for patients, and substantial therapeutic costs. The proportion of patients with CLL who achieve a complete response to ibrutinib after 12 months of therapy is below 10%.

Attractive target
ROR1 is a potentially attractive target for cancer therapy because it is an onco-embryonic antigen – not usually expressed on adult cells, and its expression confers a survival and fitness advantage when reactivated and expressed by tumor cells. Researchers at the UC San Diego School of Medicine discovered that targeting a critical epitope on ROR1 was key to specifically target ROR1 expressing tumors. This led to the development of zilovertamab, which binds this critical epitope of ROR1, which is highly expressed on many different cancers but not on normal tissues.[1][2]

Preclinical data showed that when zilovertamab bound to ROR1, it blocked Wnt5a signaling, inhibited tumor cell proliferation, migration, and survival, and induced differentiation of the tumor cells. The FDA has granted Orphan Drug Designations to zilovertamab for the treatment of patients with MCL and CLL/small lymphocytic lymphoma.[1]

Consensus
Oncternal Therapeutics and the FDA agreed on key elements of the company’s potentially pivotal Phase 3 clinical trial of zilovertamab for the treatment of patients with relapsed or refractory mantle cell lymphoma (MCL). The FDA has also reviewed and agreed upon the key design features and operational details of the company’s Phase 3 clinical trial protocol and Statistical Analysis Plan, which is being finalized based on the FDA’s input.

“The agreement underscores our productive dialogue with the FDA on key elements of our program and the Phase 3 clinical trial design as we align on the potential path to commercialization for zilovertamab, which offers potential advantages to patients suffering from aggressive lymphomas such as MCL. The positive data from our ongoing Phase 1/2 CIRLL study recently presented at ASH 2021 underscore those advantages and are supportive of our registration strategy,” Breitmeyer added.

Phase 3 Study: ZILO-301
Michael Wang MD, Endowed Professor in the Department of Lymphoma & Myeloma at MD Anderson Cancer Center, will serve as the U.S. Principal Investigator and Chairman of the steering committee for the new phase 3 superiority study ZILO-301. The study randomizes patients with relapsed or refractory MCL who have experienced stable disease or partial response after receiving four months of oral ibrutinib therapy to receive either blinded zilovertamab or placebo, and all patients will continue receiving oral ibrutinib.

The primary endpoint, intended to support submission of a Biologics License Application (BLA) seeking regular FDA approval, will be progression-free survival (PFS). An interim analysis potentially supporting submission of a BLA seeking accelerated FDA approval will be conducted with a primary endpoint of Overall Response Rate (ORR) plus Duration of Response (DOR). The FDA previously provided positive feedback on the sufficiency of the preclinical and pharmacology studies of zilovertamab needed to support a BLA submission.

The ZILO-301 study will be conducted internationally in at least 50 centers with demonstrated expertise treating MCL, with initiation expected in the second quarter of 2022. Sample size calculations are being finalized for this novel enrichment study, based on input from the FDA.

Oncternal Therapeutics is also planning to conduct Study ZILO-302, an open-label companion study of zilovertamab plus ibrutinib for patients who have progressive disease during the initial four months of ibrutinib monotherapy from Study ZILO-301.