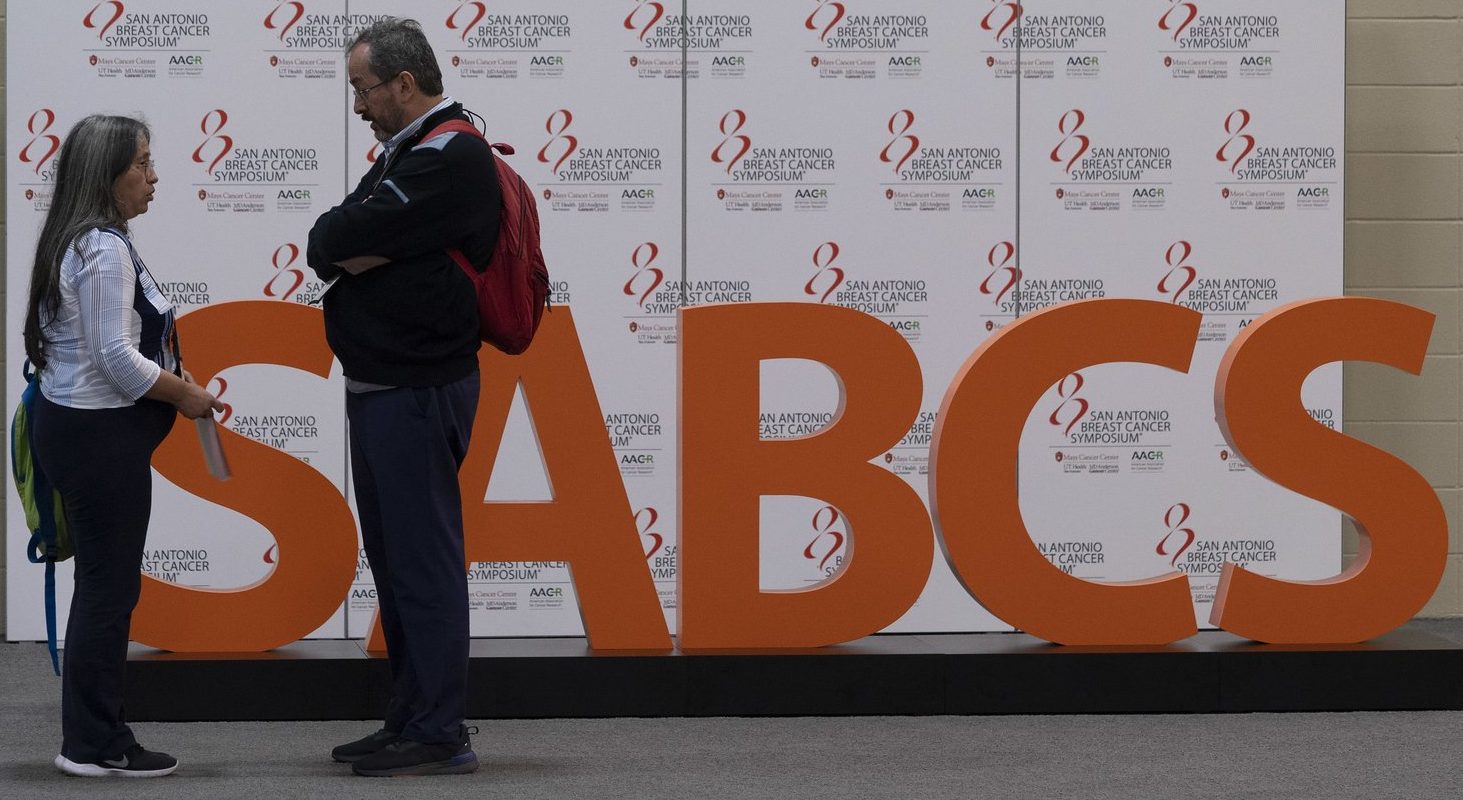 These results also suggest a possible clinical utility of CTC to adjust systemic treatment for mBC in second and later lines, after progression on CDK4/6 inhibitors.

This conclusion is based on data from the STIC CTC trial, funded by the Institut National du Cancer, the Institut Curie SIRIC2 program, and Menarini Silicon Biosystems. The study results were presented at the San Antonio Breast Cancer Symposium (SABCS), held December 6-10, 2022 in San Antonio, Tx.

“The validity of CTC count has been studied extensively in metastatic breast cancer in the past two decades, and we and others have previously demonstrated its clinical validity as a biomarker of prognosis,” said study presenter François-Clément Bidard, MD, PhD, a professor of medical oncology at Institut Curie and Versailles Saint-Quentin University, Paris, France.

“In the absence of any recent trial comparing the two treatment strategies, the consensus among experts is to exhaust all endocrine therapy options before switching to chemotherapy to treat patients with metastatic breast cancer. Such recommendation is based on the limited side effects of endocrine therapy compared to chemotherapy. However, treatment decisions are highly heterogenous among physicians and centers,” Bidard added.

Study design
To test the ability of the CTC count to improve patient outcomes when used to drive the treatment decision between chemotherapy and endocrine therapy in women with metastatic, ER-positive/HER2-negative breast cancer, Bidard and colleagues designed the STIC CTC trial, in which 755 patients were randomly assigned (1:1) to having their treatment decided by the investigator or by their CTC count.

Updated reports
The primary results of this trial, reported at SABCS in 2018, showed a progression-free survival benefit in patients whose treatment was escalated from endocrine therapy to chemotherapy based on their CTC count.

After a follow-up of nearly five years, the authors now report the overall survival analysis of the trial, showing that, in patients with discordant recommendations between the investigator’s choice of therapy and the CTC count, the strategy based on CTC count resulted in better long-term outcomes.

A pooled analysis of the study results further showed:

“The STIC CTC trial is the first to establish the clinical utility of the CTC count as a biomarker in breast cancer care, indicating that a single assessment of the CTC count before the start of treatment can guide the treatment decision between chemotherapy and single agent endocrine therapy in ER-positive/HER2-negative metastatic breast cancer,” said Bidard.

“Our study demonstrates that integrating prognostic biomarkers into the treatment algorithm can improve the management and outcomes of metastatic breast cancer patients.

“Interestingly, the subgroup of patients with concordant favorable estimates by clinician assessment and CTC count, representing 48% of the study population, had a median overall survival of about five years, even though these patients did not receive cyclin-dependent kinase 4 and 6 (CDK4/6) inhibitors as part of their first-line treatment,” added Bidard.

Study limitations
The limitations of this study include that it was conducted before the introduction of CDK4/6 inhibitors, which are now widely used for the first-line treatment of metastatic ER-positive/HER2-negative breast cancer.

“In that scenario, based on the STIC CTC trial results, the CTC count, in combination with predictive biomarkers, whenever available, may help customize the early use of chemotherapy or antibody-drug conjugates, which are becoming more and more attractive,” continued Bidard.