Home Editorials and Commentaries The Dictatorship of Cancer: How to Topple it in Three – Not... 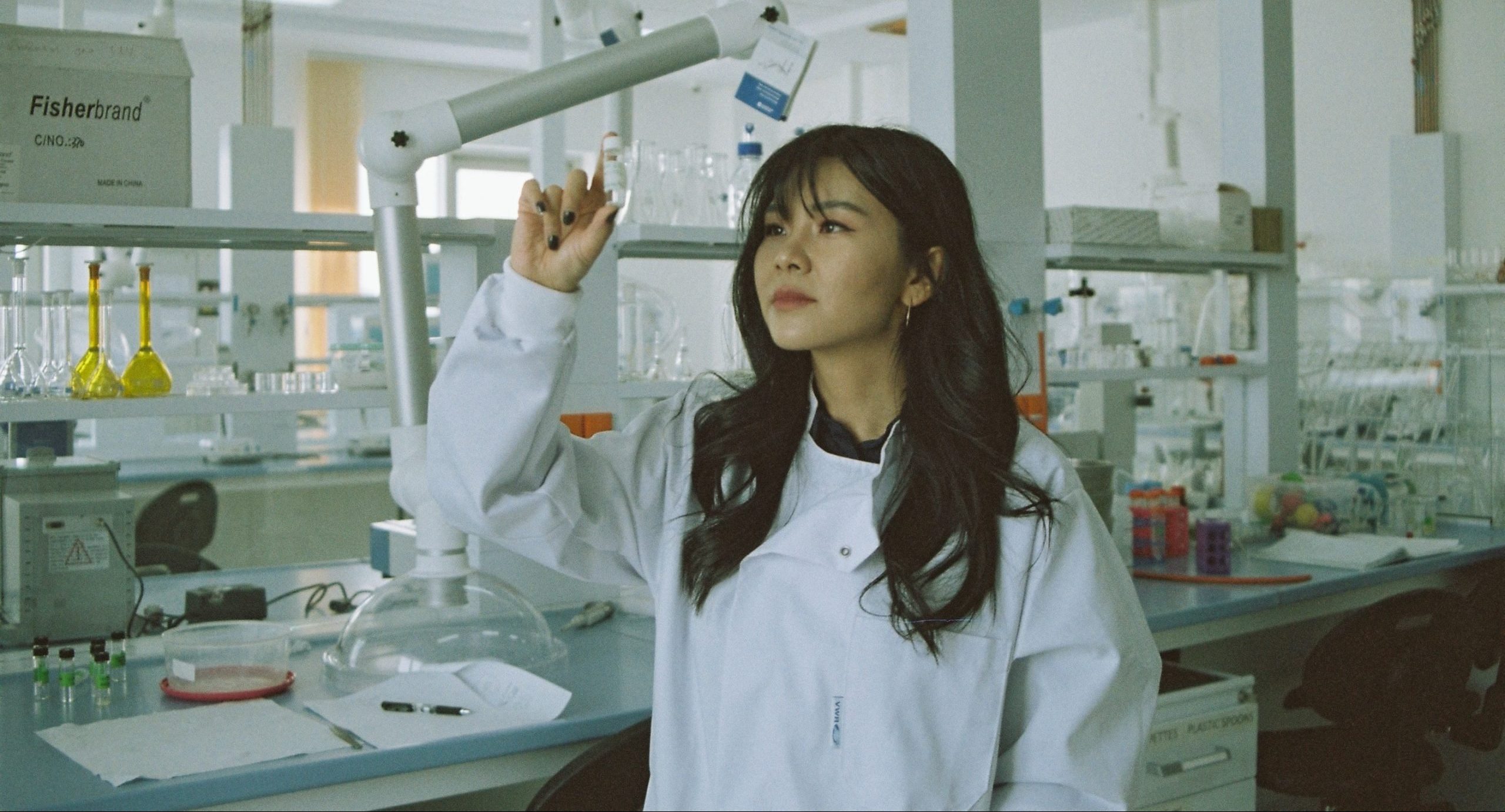 What do dictators and the military have in common with tumors and stroma? The answer: symbiosis – a relationship in which two different types closely and intimately interact with each other to the benefit of at least one of the types.

The famous phrase, “no man is an island” is especially true for tumors, which depend on stromal cells for their survival. Stromal cells are to tumors as the military is to unelected despots, underpinning or propping up their dictatorial rule. Make no mistake: cancer is a cruel, predatory dictator, the “emperor of all maladies”, given how it geographically takes over, extending its crab-like, infiltrative tentacles into every nook and cranny, as it mercilessly chokes off resources to the rest of the organism, resources which are used to maintain a despotic grip on power.

To topple a rogue dictatorship, concentrate on what protects it, which, in the case of cancer, is the tumor microenvironment (TME) or stroma. In a lab, minus the supporting or microenvironmental stroma, cancer cells are less-than-hardy and easy to kill, even with tap water or saliva; in vivo is a totally different story—the presence of the stroma makes cancer formidably resistant, and, hence, hard to treat and even harder to eradicate.

Another famous phrase, “treat the whole person not just the disease”, also applies to cancer where it is possible to substitute in the words, “stroma” and “tumor” so that the phrase reads, “treat the whole stroma not just the tumor”. Stromal cells are host cells such as fibroblasts, vascular or endothelial cells, fat cells (adipocytes), and immune cells that have ‘broken bad’ and work in support of, rather than against, tumors, providing them with protection against the immune system and therapeutic attack.

This article presents a roadmap to treat tumors with the use of anti-stromal therapies. Easier said than done perhaps and the reason why the title references three not so easy steps, since cancer, an implacable foe, has been at war with humankind since the dawn of time, or at least since ancient Egypt, where cancer was discovered in mummified remains,[1] and is unlikely to disappear anytime soon no matter what is thrown at it. However, to date, antitumor tactics have (somewhat inexplicably it must be said) focused mainly on the cancer cells themselves rather than on the microenvironmental stromal cells, which provide aid and comfort, shelter and succor to the cancer cells, insuring their survival. Below are three steps to target components of the stroma.

Step 1: Target the Extracellular Matrix (ECM) with TGF-b Inhibitors such as AdAPT-001
The most prevalent component of the extracellular matrix (ECM), a structural support network made up of diverse proteins, sugars, and other components, is collagen. This is a fibrous protein with high tensile strength and stability. An abnormally large deposition of collagen is a hallmark of many cancers, including breast, liver, and pancreatic. This increase in collagen deposition makes ECM from cancer stiffer and denser than normal ECM. Acting as a protective shield, which encapsulates the tumor cells, the rigid dense ECM traps immune cells and impedes entry of anticancer therapies, such as checkpoint inhibitor antibodies, as shown in the figure below.[2]  Tumors also use the protein-rich ECM as a source of nutrients.

Since transforming growth factor beta (TGF-b) is a protein or cytokine that directly stimulates the production of ECM, one anti-stromal strategy is to target TGF-b. This is potentially accomplished with AdAPT-001, an oncolytic adenovirus in a Phase 1/2 clinical trial called BETA PRIME (ClinicalTrials.gov identifier – NCT number 04673942) from EpicentRx for the treatment of cancer, both alone and in combination with immune checkpoint inhibitors like Opdivo, Imfinzi, and Keytruda, which stimulate the immune system to attack tumor cells.

An oncolytic adenovirus (the prefix “onco” means “cancer” and the suffix, “lytic”, means to burst) is one that lyses or eliminates cancer cells. An adenovirus is an agent of the common cold, which has been modified in such a way as to only eliminate cancer cells; normal cells are spared. AdAPT-001 is engineered or “armed” with an additional piece of DNA, a TGF-b trap that is expressed when the virus copies itself or replicates, which amounts to many thousands of times in cancer cells, effectively turning them into TGF-b trap “factories”.[3]

The purpose of the TGF-b trap is to bind to and eliminate TGF-b, which tumors use to wall off or isolate themselves as a means of protection. TGF-β is also one of the main immunosuppressive cytokines, so its elimination via the TGF-b trap has the potential to reinvigorate antitumor immune responses. In animal studies and in the BETA PRIME trial, evidence of decreased collagen content and increased T cell activity has been observed in tumors after administration of AdAPT-001.[4] To date, the side effects of AdAPT-001, when they occur, consist of mild short-lived fever and fatigue.

Step 2: Target the Tumor Associated Macrophages (TAMs) with RRx-001
By far the most abundant immune cell in the extracellular matrix is the macrophage, also known as the tumor-associated macrophage (TAM). The TAM is divided into two main subsets: M1 or “good”, because these TAMs eat or engulf cancer cells (the word “macrophage” literally means “big eater”), and M2 or “bad” because these TAMs aid and abet the tumor. One strategy is to convert these bad, pro-tumor M2 TAMs, which are in the majority, to good, anti-tumor M1 TAMs is with RRx-001 from EpicentRx.

This is a small molecule anticancer agent in Phase 3 for the treatment of small cell lung cancer (SCLC), in a late-stage trial for head and neck cancer, and on the critical path for evaluation under the FDA’s Animal Rule as a nuclear countermeasure in case of exposure to radiation from a nuclear bomb or reactor meltdown; the Animal Rule, which involves well-controlled animal studies, serves as a mechanism to seek FDA marketing approval when human studies are patently impossible or unethical, as with exposure to lethal or sub-lethal doses of radiation.[5]

The main function of RRx-001 in tumors is to reprogram/repolarize these M2 TAMs so that they engulf and destroy cancer cells like M1 TAMs. RRx-001 accomplishes this repolarization in two main ways: 1) it downregulates CD47, a “do not eat me” signal on cancer cells, whose function is to protect them from macrophages[6] and 2) it activates signaling pathways, which are associated with macrophage polarization and activation. To date, RRx-001, which has been evaluated in over 300 patients and 12 clinical trials, is not associated with any dose limiting toxicities and combines well with other standard therapies like chemotherapy, radiotherapy, and immunotherapy.[7]

Step 3: Target Tumor Blood Flow with RRx-001
A hallmark of tumors is disordered, chaotic vessels, which leads to blood flow that slows or even stagnates, like a poorly oxygenated swamp rather than a healthy stream. This is beneficial to tumors in three ways: 1) low levels of oxygen or hypoxia results, which is associated with therapeutic resistance 2) poor blood flow impedes drug delivery, which is also associated with therapeutic resistance and 3) it causes tumors to rely on sugar (glucose) uptake and fermentation or glycolysis as an energy source. This is called the Warburg Effect and it is the reason that cancer lights up on a PET scan, which uses radiolabeled glucose, because of how much more glucose the tumor consumes compared with the surrounding tissues.

In addition to its effects on TAMs, RRx-001 also prunes or “normalizes” the abnormal tumor vessels so that blood flow and, consequently, drug delivery and oxygenation are improved. This normalization effect on tumor blood flow has been observed, not only in animal models, but also in the liver during the treatment of metastatic colorectal cancer in a randomized Phase 2 trial called ROCKET (ClinicalTrials.gov Identifier: NCT02096354) and across the blood brain barrier during the treatment of brain metastases in a Phase 1/2 clinical trial called BRAINSTORM (ClinicalTrials.gov Identifier: NCT02215512).[8] The mechanism of normalization is related to inhibition of a protein called vascular endothelial growth factor or VEGF; this inhibition prevents the sprouting of new abnormal tumor vessels and improves delivery of chemotherapy.[9]

Conclusion
Any description of cancer is incomplete without inclusion of the stroma, which comprises more of the tumor, volume-wise, than the malignant cells. Inexplicably, however, most anticancer therapies are designed to target cancer cells specifically, rather than the stroma; this strategy makes little sense, and entirely misses the bigger picture, like the blind men that palpated and “described” only one part of an elephant, considering that it is the stromal cells, which are mostly responsible for therapeutic resistance, leading to recurrence and eventually fatal disease.[10] Just as cooperation with the military is key to the establishment and perpetuation of a despotic or authoritarian regime, so, too, are tumors entirely reliant on their symbiosis with the stromal microenvironment for protection and survival.

Its ‘normalization’ from well-tolerated experimental agents like AdAPT-001 and RRx-001 may hold the key to better patient outcomes, especially when they are combined with each other and already approved therapies like chemotherapy, immunotherapy, and radiation therapy.