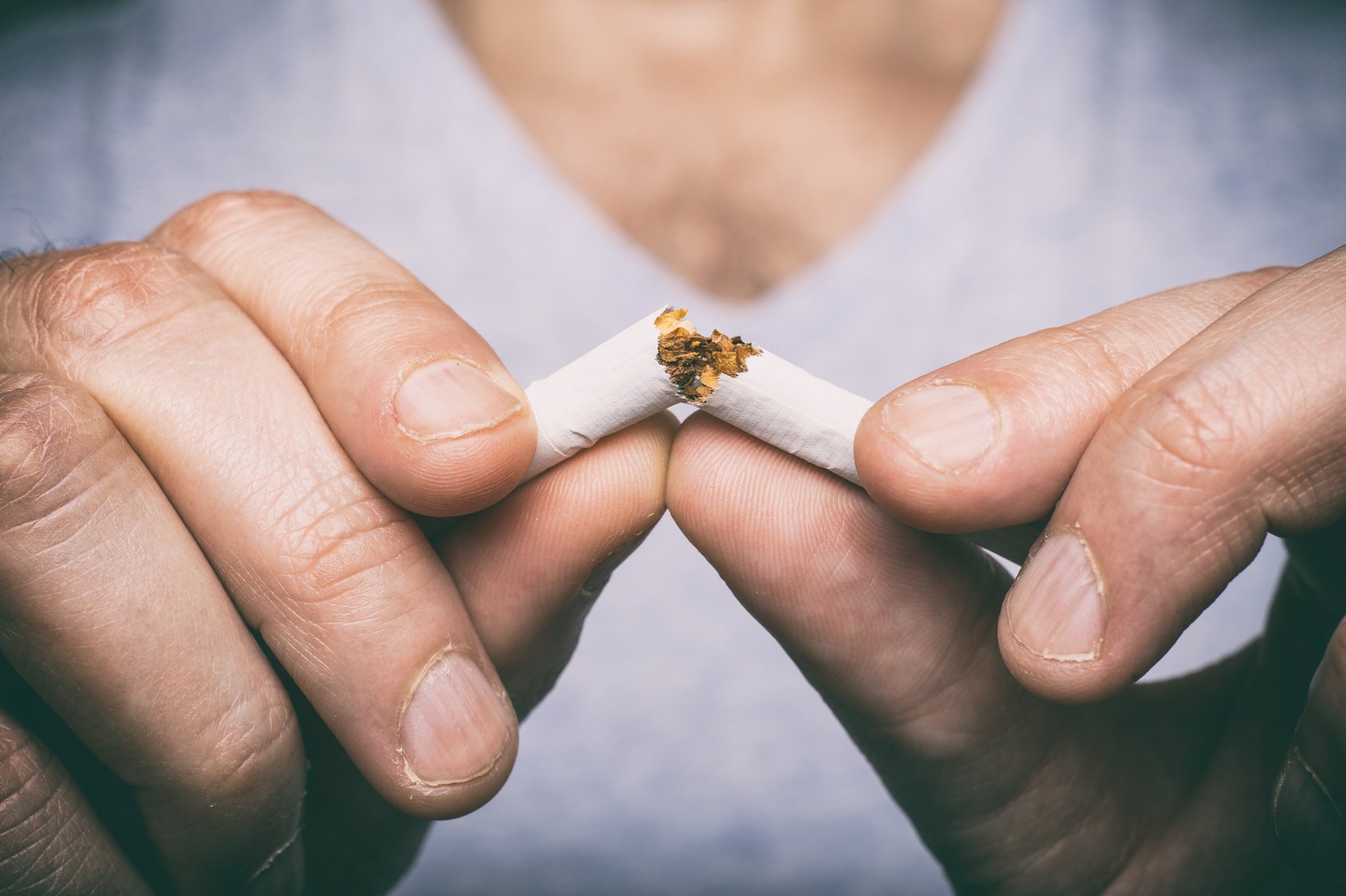 This outcome is based on the results of a national, randomized trial conducted by investigators at Georgetown Lombardi Comprehensive Cancer Center and colleagues. The findings were published in the July 12, 2022, in the Journal of the National Cancer institute (JNCI) and will also be presented at the the IASLC World Conference on Lung Cancer held in Vienna, Austria, in August 6 – 9, 2022. [1]

People with a long-term smoking history are at high risk for lung cancer. Screening with computed tomography (CT) scans can potentially detect lung nodules early so that the disease can be treated in its less advanced stages. When undergoing CT screening, people are routinely offered cessation support, including counseling and nicotine replacement, to help them quit.

“Quitting smoking is very difficult, and people who seek medication and support are more successful than those who try to quit on their own,” noted Kathryn L. Taylor, Ph.D., professor in the Department of Oncology and a member of the Georgetown Lombardi Comprehensive Cancer Center’s Cancer Prevention and Control Program, and corresponding author of the study.

Trial
The Georgetown Lung Screening, Tobacco, and Health trial randomized 818 people between 50 to 80 years of age with a 20-plus pack year smoking history (e.g., smoking two packs a day for a 10-year period equals 20 pack years). Enrollees at eight lung screening sites nationwide were randomly assigned to either intensive phone counseling of eight 20-minute sessions along with up to eight weeks of nicotine patches, or three counseling sessions and two weeks of patches, which is similar to what many state tobacco quitlines currently offer people who call seeking assistance with quitting.

During the counseling sessions, tobacco treatment specialists discussed smoking-related goals, nicotine patch use, strategies to address triggers for smoking, readiness to quit, and confidence and motivation to quit.

“Tobacco treatment specialists met participants where they were in their readiness to quit — which ranged from not being ready to make any changes at the moment, but willing to talk about smoking, versus being very ready to quit and wanting specific ideas for making changes to their smoking habits,” noted Randi M. Williams, Ph.D., MPH, assistant professor in the Department of Oncology at Georgetown University and second author of the study.

Cost effective
Bolstering the value of intensive counseling for smoking cessation was a companion article appearing concurrently in JNCI Cancer Spectrum and led by researchers at the University of Michigan.

Looking at the effects of the intervention (life-years gained, quality-adjusted life-years saved [QALYs]), the researchers found that even modest cessation rates achieved with intensive telephone counseling and nicotine replacement in the study group of people currently smoking and receiving lung screening led to savings in costs and lives compared to screening alone and would therefore be considered very cost-effective.[2]

Based on the outcome, the researchers concluded that integrating smoking cessation interventions with lung screening programs has the potential to maximize long-term health benefits at reasonable costs.[2]

“Although the quit rates were modest overall, when comparing three-month and 12-month outcomes, both groups maintained the quit rates over time,” Taylor said.

“Our next step is a planned trial with enhanced interventions and strategies to increase enrollment and treatment engagement among people undergoing lung screening in a large health care system, including underserved racial and ethnic minority groups, uninsured patients, and people not ready to quit,” she concluded.