Home Conference Coverage ASCO Surgery Rather than Radiation Associated with Lower Stroke Risk in Head and... 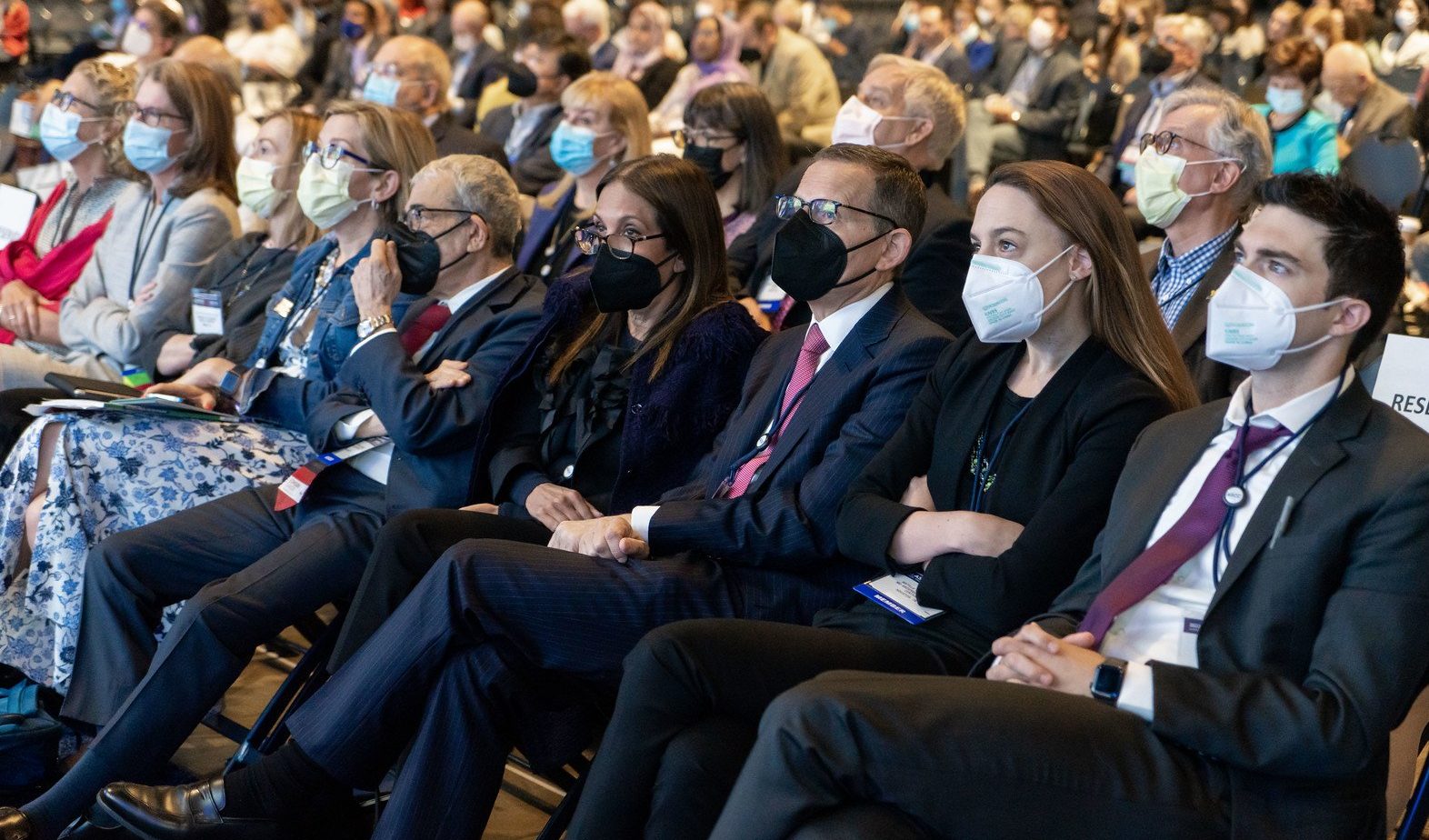 Cardiovascular disease and stroke are recognized as important causes of long-term morbidity and mortality in patients with oropharyngeal squamous cell carcinoma (OPSCC). And radiation therapy and chemotherapy for head and neck cancer may be associated with a significantly increased risk of stroke compared to initial surgery.

This is the conclusion from a new study from researchers at the Perelman School of Medicine at the University of Pennsylvania in Philadelphia, PA. The study was funded by a faculty pilot grant from the Department of Otorhinolaryngology at Penn.

The results were presented during a poster session at the annual meeting of the American Society of Clinical Oncology (ASCO) held June 3-7, 2022 in Chicago, Il.

Difference in stroke risk
The researchers analyzed health records of more than 10,000 United States veterans who were diagnosed with non-metastatic oropharyngeal squamous cell carcinoma during the period 2000-2020. They found that patients in this cohort who received initial surgery, rather than radiation or chemotherapy with radiation, had a 23% lower risk of stroke in the following 10 years.

“We should consider factoring this difference in stroke risk into patient counseling and treatment decisions, and conduct further studies of cardiovascular events in this high-risk population,” said lead author Lova L. Sun MD, MSCE, an assistant professor of Hematology-Oncology.

“There’s a significant subset of oropharyngeal squamous cell carcinoma patients for whom it’s reasonable to offer either surgery or radiation up front, and for these patients the potential increase in stroke risk should be an additional risk- benefit consideration.”

Oropharyngeal Cancers
Each year more than 50,000 people in the U.S. are diagnosed with oropharyngeal cancers, and more than 10,000 die of them.

Standard treatment includes either surgery or radiation therapy and chemotherapy. However, in recent years, researchers have begun to find evidence that radiation and chemotherapy for these cancers may increase the risk of stroke—potentially by damaging arteries that serve the brain.

By comparison, the average 65-year-old American male would face a 10-year stroke risk of about 7% (95% CI 0.66-0.91, p = 0.002). This association was consistent across subgroups defined by age ( > /≤65 years) and baseline cardiovascular risk factors, including hypertension, hyperlipidemia, and diabetes.

The analysis also revealed that patients who underwent surgery had a 23% lower risk of stroke, after accounting for differences between patients who underwent surgery and non-surgical treatment with propensity score weighting methods, which estimate the likelihood of getting a treatment and help isolate the effect of a treatment from other differences that may exist between treatment and comparison groups.

These patients had, on average, shorter courses of radiation and chemotherapy compared to the no- surgery group, which suggests that the reduced exposure to these sources of tissue damage may have been a factor in the lowered stroke risk. Moreover, the link between surgery and lower stroke risk was seen in different age groups, and in groups with and without hypertension, high cholesterol, and diabetes— implying that differences in these other risk factors cannot fully explain the lower stroke rate in the surgery group.

Next steps
Sun and her colleagues suggest that more research should be done to further clarify the effect of radiation and chemotherapy on risk of stroke and other cardiovascular events, but in the meantime doctors and patients should consider the possibility of lower stroke risk with up-front surgery when considering options for OPSCC treatment.