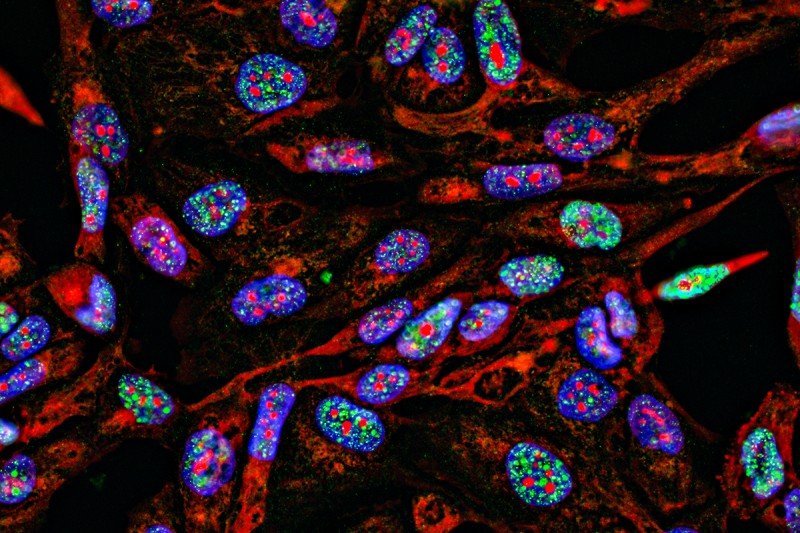 New findings from researchers at Memorial Sloan Kettering Cancer Center (MSK) support the idea that cancer metastasis is not primarily driven by genetic mutations, but is rather driven by epigenetic changes that occur in cancer cells because of their interactions with normal cells in the surrounding environment.

Collaborative effort
Almost six years ago, a collaborative effort began to determine whether it would be possible to predict the organs a tumor would metastasize to based on the tumor’s genomic profile alone. Specifically, researchers wanted to know whether certain mutations — or groups of mutations — correlate with the spread of cancer to particular organs, across many different cancer types.

In simple terms, the scientist wanted to find out if it would be possible to predict, based on the genomic profile of an individual tumor, which organs it might metastasize to.

“While we did find some gene mutations to be slightly more common in tumor samples with specific metastatic transitions, we found no single gene that, when mutated, will predict a tumor’s likelihood of metastasizing to a particular organ,” noted Nikolaus Schultz, PhD, MSK computational oncologist in the Department of Epidemiology and Biostatistics, Head of Knowledge Systems in the Marie-Josée and Henry R. Kravis Center for Molecular Oncology, and the study’s lead author.

Since 2014, MSK has compiled genetic tumor profiles from over 50,000 MSK patients, including 25,000 patients whose data was analyzed for this project.

Genomically different
At the highest level, the data showed that metastatic disease is genomically different from primary disease. In many — but not all — cancer types, metastatic tumors have more of what geneticists call DNA-copy number changes compared with primary tumors. A DNA copy-number change occurs when a particular segment of DNA is present in greater or fewer than the normal number of copies.

These copy-number changes, when observed in primary tumors, were an indicator of metastatic potential. In addition, some cancer-driving mutations were detected at different frequencies in metastases compared with primary tumors across different cancer types.

By analyzing the data the researchers identified specific associations that strongly correlated with metastatic burden in some tumor types, including prostate adenocarcinoma, lung adenocarcinoma, and HR+/HER2+ breast ductal carcinoma, but not in others, including colorectal cancer and high-grade serous ovarian cancer, where copy-number alteration patterns may be established early in tumor development.

Cancer Ecosystem Project
Exploring the ramifications of this data and other findings will be the focus of MSK’s new Marie-Josée and Henry R. Kravis Cancer Ecosystems Project.

This project aims to create a new generation of therapies rooted in the understanding of both the intrinsic drivers of cancer, including genes, and emerging insights about the environment that nurtures and sustains these dangerous cells. This ambitious research and technology development effort approaches cancer as a systemic disease — one that begins in a single location but relies on conditions throughout the body to thrive, grow, and spread.

Altogether, there is potentially so much more information to be uncovered in the mass sequencing and associated patient clinical data that could help inform treatment decisions. To help researchers mine these new data for additional insights, the MSK team is making them publicly available through the cBioPortal for Cancer Genomics at MSK-MET (Memorial Sloan Kettering-Metastatic Events and Tropisms).

“When properly mined, this data could tell us a lot more about the prognosis of these patients, whether or not their tumors will metastasize, and maybe even to what tissue,” Schultz explained.

“This information might help determine how these patients are monitored or provide insight into what treatments they might be more or less sensitive to. I think there’s enormous potential for personalized medicine that goes beyond the single biomarker, and therefore justification to keep sequencing more patients with broader sequencing panels to increase our power to make new discoveries,” he concluded.