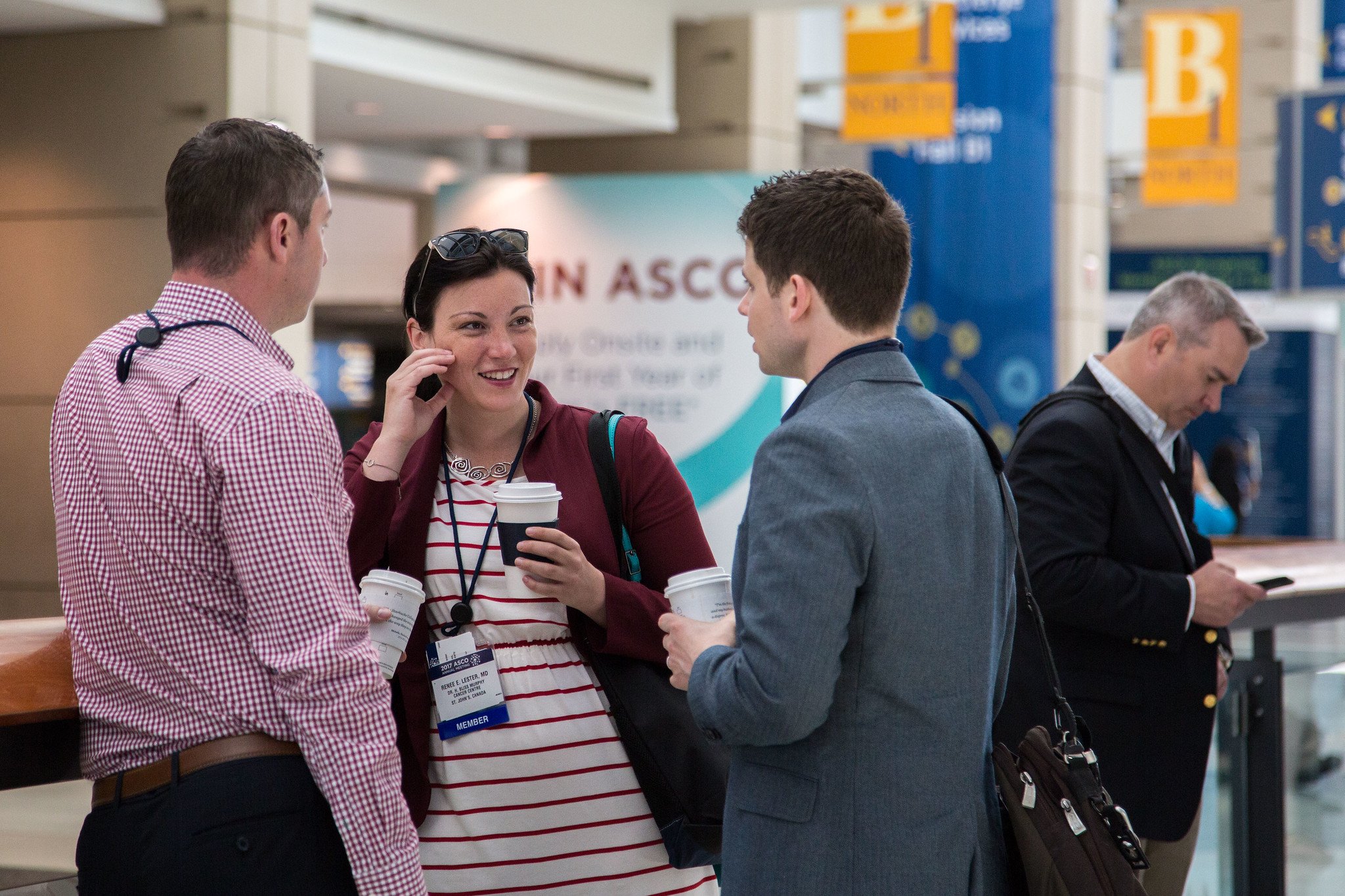 This is the conclusion based on two new datasets with additional efficacy data from the pivotal SORAYA study, a clinical trial evaluating mirvetuximab soravtansine, an antibody-drug conjugate being developed by ImmunoGen, presented as posters during the annual meeting of the American Society for Clinical Oncology (ASC), held June 3 – 7, 2022 in Chicago, Ill.* [1][2]

Ovarian cancer
Ovarian cancer ranks fifth in cancer deaths among women, accounting for more deaths than any other cancer of the female reproductive system.  According to the American Cancer Society, about 19,880 women will receive a new diagnosis of ovarian cancer and about 12,810 will die from the disease this year (2022).  Overall, a woman’s risk of getting ovarian cancer during her lifetime is about 1 in 78, while het lifetime chance of dying from it is about 1 in 108. [3][4]

Ovarian cancer is generally diagnosed at an advanced stage. About half of the women who are diagnosed with ovarian cancer are 63 years or older. It is more common in white women than African American (black) women. [3][4]

And while the disease is initially chemotherapy sensitive, and the majority of patients achieve remission with first-line platinum-based chemotherapy therapy, up to 80% of patients will eventually relapse and require further treatment without the expectation of cure.[4]

Folate receptor alpha
Folate receptor alpha (FRα) is a cell-surface transmembrane glycoprotein that facilitates the unidirectional transport of folates into cells. The receptor demonstrates a restricted distribution pattern in normal, healthy, tissues, with expression limited to a variety of polarized epithelia, including those found in the choroid plexus, kidney, uterus, ovary, lung, and placenta.** However, in contrast, aberrant folate receptor alpha (FRα) over-expression is known to be characteristic of a number of epithelial tumors, including ovarian, endometrial, and non–small-cell lung cancers.

A novel strategy
In an attempt to target the folate receptor, researchers evaluated molecularly targeting as a novel approach and realized that this could have the potential to maximize anti-tumor efficacy while minimizing treatment-related toxicity. The researchers investigated various therapeutic strategies.[5]

Initial strategies were based on the use of an anti-FR antibody, including a non-conjugated humanized antibody called farletuzumab, as well as a folate conjugates of folate-targeted chemotherapies and companion radiodiagnostic imaging agents (e.g. vintafolide and technetium (99mTc) etarfolatide; BMS-748285).  However, while initial phase 1 and 2 studies demonstrated promising results, investigators observed disappointing clinical activity in subsequent in phase 3 clinical trials, and the further development of these agent was discontinued. [4][5]

It was time for a new strategy.

Antibody-drug conjugate
The folate receptor alpha (FRα) has several unique properties, making it a rational target for the treatment of cancer. For example, the the high and differential expression of folate receptor alpha (FRα) in several tumor types and its ability to internalize large molecules make this receptor well suited for selective delivery of folate receptor targeted agents, including antibody–drug conjugate (ADC-) based strategies that can couple the targeting and pharmacokinetic features of an antibody with the cancer-killing impact of a cytotoxic agent.[4]

Early-stage clinical data suggest that mirvetuximab soravtansine has the potential for use  as a single agent as well as in combination with other standard approved agents.

The investigational agent binds with high affinity and specificity to folate receptor alpha (FRα) on the surface of tumor cells, which, upon antigen binding, promotes ADC internalization and intracellular release of DM4, which subsequently acts as an anti-mitotic agent to inhibit tubulin polymerization and disrupt microtubule assembly, resulting in cell-cycle arrest and apoptosis.

In addition, as a result of the cleavable linker design of mirvetuximab soravtansine, intracellular reduction of the disulfide bond between linker and DM4 generates the free thiol species, which convert to S-methyl DM4 by cellular methyl transferase activity. The resulting active DM4 metabolites diffuse into proximal tumor cells and kill them, an effect that is better known as bystander killing of neighboring tumor cells.

Furthermore, in the liver S-methyl DM4 is converted into sulfoxide and sulfone derivatives, hence, the hepatic catabolism of the DM4 payload results less cytotoxic maytansinoid species which, in turn, contributes to the overall therapeutic window mirvetuximab soravtansine.

Regulatory decisions
The US Food and Drug Administration (FDA) granted orphan drug designation to mirvetuximab soravtansine for the treatment of ovarian cancer. In addition, the investigational drug has also received this designation in the European Union.

In June 2018, the FDA granted mirvetuximab soravtansine Fast Track designation for the treatment of patients with medium to high folate receptor alpha (FRα-) positive platinum-resistant ovarian cancer who received at least one, but no more than three prior systemic treatment regimens, and for whom single-agent chemotherapy is appropriate as the next line of therapy. This designation is intended to facilitate the development and expedite the review of drugs to treat serious and life-threatening conditions.

In December 2019, the FDA advised the drug developers that a new single-arm study in platinum-resistant ovarian cancer could support accelerated approval for mirvetuximab soravtansine. Based on this advice, the researchers initiated the SORAYA study, a pivotal trial to evaluate mirvetuximab soravtansine monotherapy in women with folate receptor alpha (FRα-) high platinum-resistant ovarian cancer who have been previously treated with bevacizumab (Avastin®; Genentech/Roche) .

The data from SORAYA was selected for the Best of ASCO® Program.

“Despite advances in the platinum-sensitive setting, most patients with ovarian cancer eventually develop platinum-resistant disease, for which there are limited treatment options, especially for those patients who have previously received bevacizumab,” said Robert Coleman, MD, Chief Scientific Officer of US Oncology Research and SORAYA Co-Principal Investigator.

“Data from SORAYA have the potential to redefine the standard of care for patients with FRα-high platinum-resistant ovarian cancer, as this trial has demonstrated that mirvetuximab delivers clinically meaningful benefit in this setting, with significant and durable responses and a favorable tolerability profile,” Coleman added.

“Treatment options remain limited for patients with platinum-resistant ovarian cancer, particularly for those who have received prior bevacizumab, and are associated with low response rates, short durations of response, and considerable toxicities,” said Anna Berkenblit, MD, Senior Vice President and Chief Medical Officer of ImmunoGen.

Study design
The SORAYA study enrolled 106 platinum-resistant ovarian cancer patients with high FRα expression who have been previously treated with 1 to 3 prior systemic treatments, at least one of which included bevacizumab. The primary endpoint was confirmed objective response rate (ORR) as assessed by investigator.

The preliminary median OS was 13.8 months, with 54% of the evaluable patient population event-free.

Adverse events
Overall, mirvetuximab soravtansine well-tolerated, consistent with previous studies. The most common treatment-related adverse events (TRAE) included blurred vision (41% all grade, 6% grade 3+), keratopathy (29% all grade, 9% grade 3+), and nausea (29% all grade, 0% grade 3+). The observed TRAEs were generally resolved with supportive care or, if needed, dose modifications. The discontinuation rate due to TRAEs was 9%.

“I believe these additional analyses from SORAYA further support mirvetuximab soravtansine’s potential to become the first biomarker-directed agent indicated for patients with platinum-resistant ovarian cancer,” said Ursula Matulonis, MD, Chief of the Division of Gynecologic Oncology at the Dana-Farber Cancer Institute, Professor of Medicine at the Harvard Medical School, and SORAYA Co-Principal Investigator.

“The tumor reduction observed in over 70% of patients, along with the PFS curve and the preliminary median overall survival of 13.8 months, are impressive. If approved, I look forward to being able to offer mirvetuximab to my patients and continuing to support its further development in patients with ovarian cancer,” Matulonis added.

The results demonstrated that mirvetuximab soravtansine monotherapy has a differentiated safety profile consisting primarily of low-grade gastrointestinal and ocular events; adverse events generally resolved and were managed with supportive care and, if needed, dose modifications.

“Having personally treated over 100 patients with mirvetuximab soravtansine, I have helped my colleagues better understand how to manage the associated ocular events,” said Kathleen Moore, Director of the Oklahoma TSET Phase I Program, Professor of the Section of Gynecologic Oncology at The University of Oklahoma College of Medicine, and MIRASOL Principal Investigator.

“With prevention and mitigation strategies in place, patients presenting with ocular events have been able to complete their treatment, maintain their responses, and had no permanent sequelae from these events. These data demonstrate mirvetuximab’s differentiated safety profile and I look forward to the potential approval and launch later this year.”

* Note: Initial positive top-line data from the SORAYA study were announced in November 2021 and  first presented at the Society of Gynecologic Oncology (SGO) 2022 Annual Meeting, the updated analyses reported in this article were be presented at ASCO are based on the 120-day cut-off date of April 29, 2022.

** Note: FRα expression is notably restricted to the apical surfaces of polarized epithelial cells in the kidney (facing the lumen of the tubule) and therefore is not exposed to the bloodstream. Similarly, lung alveolar lining cells (type I and II pneumocytes) and epithelial cells of the bronchi stain intensely for FRα on the apical membranes facing the airway, which are not accessible to blood-borne folates. [6]