Home Cancer Risk Scientists Identify a Molecular Biomarker for Cancer that Ventures Off to Form... 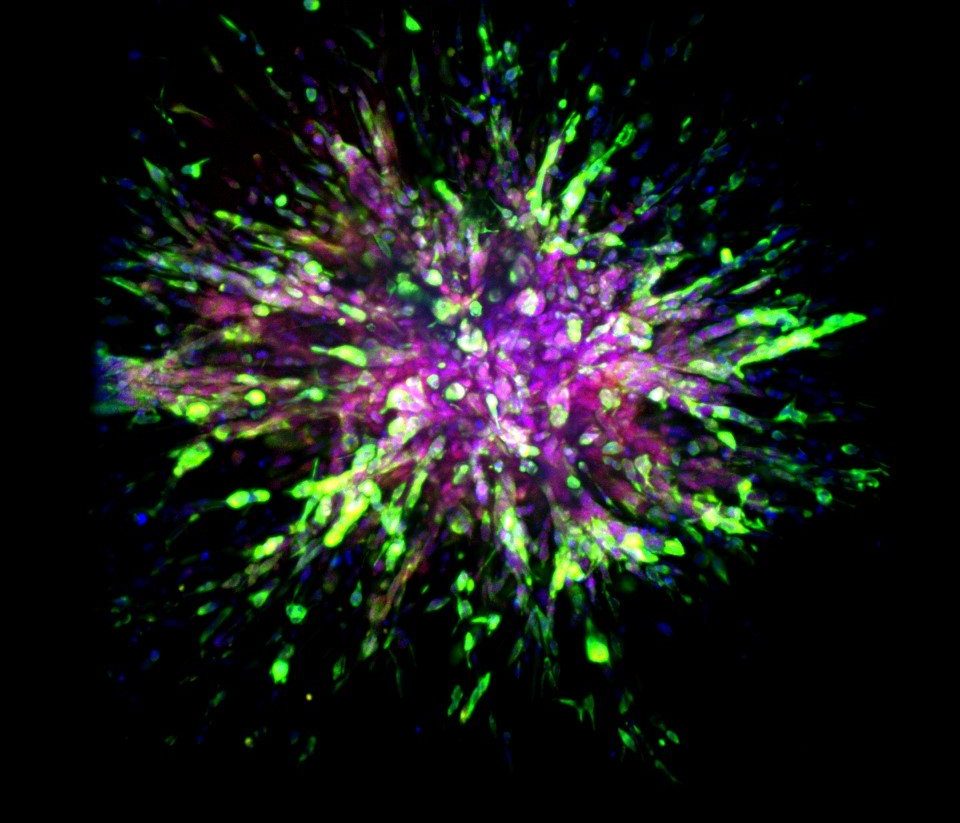 Studying triple negative breast cancer (TNBC), a type of cancer that tests negative for the hormones estrogen and progesterone and a protein called HER2, scientists at Johns Hopkins Medicine scientists say they have identified key molecular differences between cancer cells that cling to an initial tumor and those that metastasize – venture off and spread to other sites in the body.

The results of this research, using mouse models and human tissues, in the August 3rd edition of Science Translational Medicine, could pave the way for developing new treatments that target such molecular variations.[1]

“We have long needed new treatment targets and options for triple negative breast cancers,” said Andrew Ewald, Ph.D., the Virginia DeAcetis Professor in Basic Cancer Research and Director, Department of Cell Biology at the Johns Hopkins University School of Medicine and co-leader of the Cancer Invasion and Metastasis Program at the Johns Hopkins Kimmel Cancer Center.

An estimated 10%–20% of the 280,000 breast cancers diagnosed in the U.S. each year are triple negative, and the rate is higher among African American women, who are twice as likely as others to experience this form of the disease. [1]

The lethal nature of this type of cancer is marked by the fact that its cells lack molecular flags on its surface that connect with the hormones estrogen and progesterone and a cancer growth-promoting protein called Her2-neu. Many current breast cancer therapies work by targeting those flags, rendering them of little use to those with triple negative tumors.

For the current study, the research team looked at molecular differences between initial, or primary, triple-negative breast cancer sites and areas where it spread, or metastatic sites, among three different types of cells: mouse models, human cancers implanted into mice and samples of both primary and metastatic tissues taken from eight patients treated at The Johns Hopkins Hospital.

The researchers used a combination of machine learning, cellular imaging, and biochemical analysis to identify differences in the genetic expression patters of initial and metastatic tumors.

Good news – bad news
“The bad news from our study is that cells from metastatic sites are super optimized for migration and resisting treatment,” says Ewald.

The scientists found that when triple negative breast cancer cells invade other tissues on their way to another part of the body, they gain two cellular properties: better movement and survival.

To do this, breast cancer cells gain a cellular skeleton protein dubbed vimentin, which enhances the migratory ability of so-called mesenchymal cells, a cell type typically found in bones and bone marrow that moves around and makes new cells.

To look more closely at molecules involved in hybrid EMT states, the scientists sought the help of Elana J. Fertig, Ph.D., division director and associate director of quantitative sciences and co-director of the Convergence Institute at the Johns Hopkins Kimmel Cancer Center, to track the molecular patterns of individual cells in cell assays that model invasion out of the primary tumor and formation of a colony in a metastatic site.

Fertig’s computational team used machine learning techniques to find patterns among each cell’s expression of RNA, a cousin of DNA involved in protein production. The scientists found that most of the metastatic cells morph into the more mobile, better surviving, hybrid EMT state. Ewald’s team then validated these states in samples from eight patients with triple negative tumors, examining both primary tumors and tissues from metastatic sites of the same patients.

At the molecular level, the most metastatic cells produced five proteins called transcription factors, including Grhl2, Foxc2, Zeb1, Zeb2 and Ovol1, that foster the making of proteins involved in either cancer cell invasion or colony formation.

“The molecular differences between metastatic and primary tumors are likely the reason why metastatic tumor cells are so resistant to current treatments,” says Ewald.

His team is studying ways to block the transcription factors’ genes or their resulting proteins to halt metastatic cancer growth as well as whether the same molecular and cellular changes happen in other cancers, such as those in the colon, adrenal glands, stomach, and small intestine.