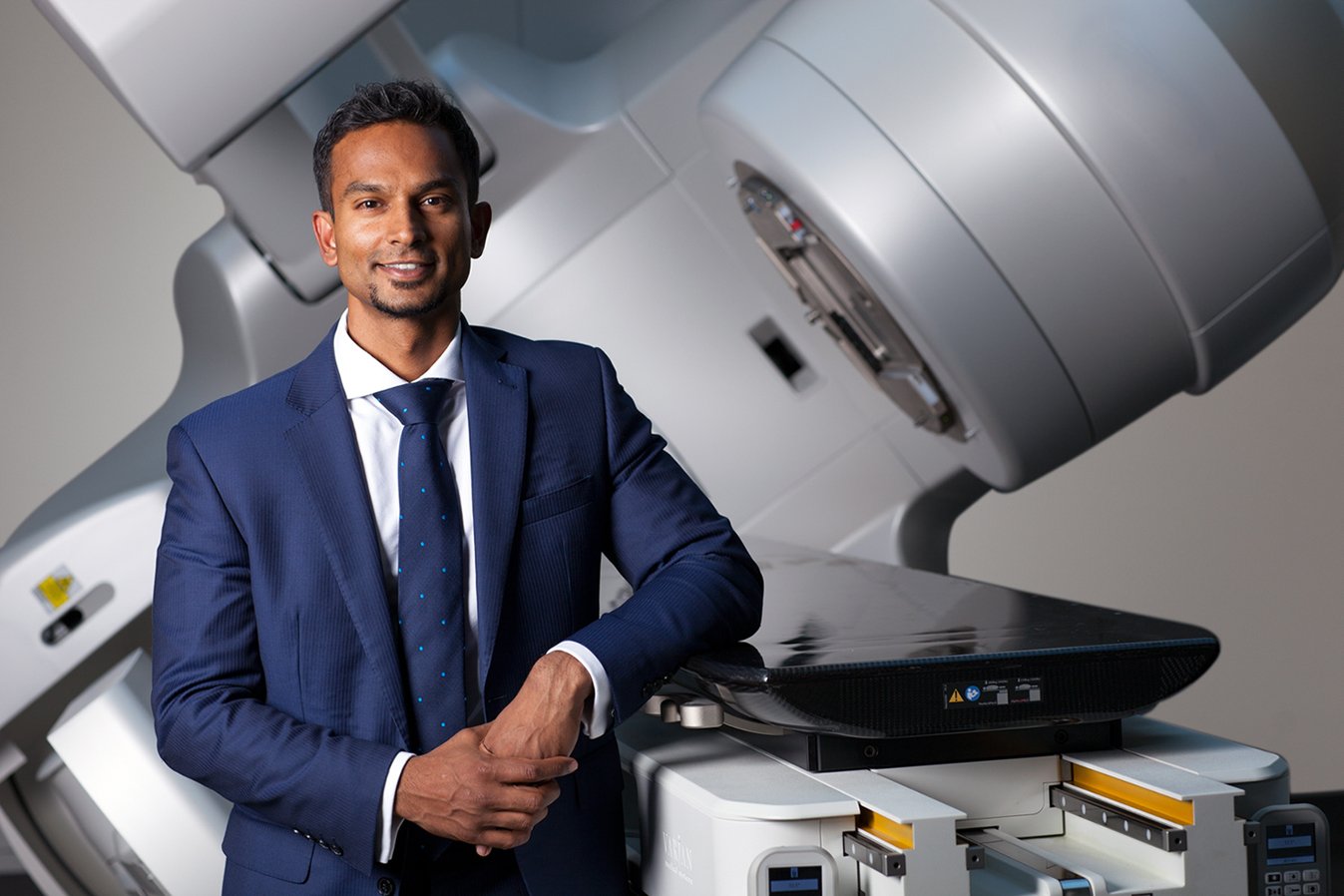 Radiation oncology and the treatment of patients with metastatic disease has drastically changed during the past decade. In these last 10 years, the combination of stereotactic body radiation therapy (SBRT)/stereotactic ablative radiation therapy (SABR) became an important treatment modality for patients with metastatic disease. In addition, radiation oncologists noted that they could improve progression-free survival (PFS) and overall survival (OS) and potentially begin flattening Kaplan-Meier curves in metastatic disease through the combination of SBRT/SABR and promising systemic therapies.

In trying to improve treatment for their patients. radiation oncologists wondered if single-fraction or multifraction stereotactic ablative body radiotherapy (SABR) would be optimal for the treatment of patients with 1 to 3 oligometastases to the lung.

This week, results from the SAFRON II study (NCT01965223) trying to answer that question showed that neither single-fraction nor multifraction stereotactic ablative radiation therapy (SABR) in patients with pulmonary metastases was superior in terms of safety, efficacy, or symptom burden; however, single-fraction SABR is of shorter duration and more efficient to deliver.[1][2]

This is the conclusion of the Trans Tasman Radiation Oncology Group (TROG) 13.01 phase II randomized clinical study that compared the researchers from Australia and New Zealand which compared both approaches.

The results of the study were published on 29 August 2021 in the JAMA Oncology by Shankar Siva, MD, an Associate Professor and Radiation Oncologist and current Cancer Council Victoria (CCV) Colebatch Fellow who leads the Stereotactic Ablative Body Radiotherapy (SABR) program at the Department of Radiation Oncology, Peter MacCallum Cancer Centre and Sir Peter MacCallum Department of Oncology, The University of Melbourne in Victoria, Australia and the Stereotactic Ablative Fractionated Radiotherapy Versus Radiosurgery for Oligometastatic Neoplasia to the Lung (SAFRON) II study investigators. [1][2]

The authors of the study wrote that about the lack of evidence from the randomised clinical studies to guide the optimal approach for SABR in patients with pulmonary oligometastases. The objective of their study was to determine if single-fraction or multifraction SABR is more effective for the treatment of patients with 1 to 3 oligometastases to the lung.

Study design
In this multicentre, unblinded, phase II randomised study, the TROG researchers enrolled 90 patients in 13 centres in Australia and New Zealand. Enrolled patients had 1 to 3 lung oligometastases less than or equal to 5 cm from any solid tumour malignancy located away from the central airways. It was required that patients have ECOG performance status 0 or 1, and primary and extrathoracic disease controlled with local therapy. Patients were enrolled in this study from January 2015 to December 2018, with a minimum follow-up of 2 years.

Patient-reported outcomes were similar between the 2 groups.

Future studies
Based on these results, the researchers concluded that single-fraction SABR, as assessed by the most acceptable outcome profile from all study endpoints, could be selected for future studies.

Arya Amini, MD, Assistant Clinical Professor, Department of Radiation Oncology and Chief of Thoracic Radiotherapy, City of Hope National Medical Center in Duarte, CA, wrote in an invited commentary that the landscape in radiation oncology for treatment of patients with metastatic disease has drastically changed during the past decade. Through the combination of stereotactic body radiation therapy (SBRT)/SABR, it is possible to improve PFS, OS and potentially begin flattening Kaplan-Meier curves in metastatic disease.

Immunogenic effects
An additional novelty of the analysis performed by Siva et al. is on the immunogenic effects of SABR in which the TROG investigators demonstrated expected changes in T-regulatory cells, cytotoxic T-lymphocyte–associated antigen, and programmed cell death 1 expression, which all had increased expression levels after SABR. However, differences of expression between the single-fraction and multifraction arms appeared to be similar.