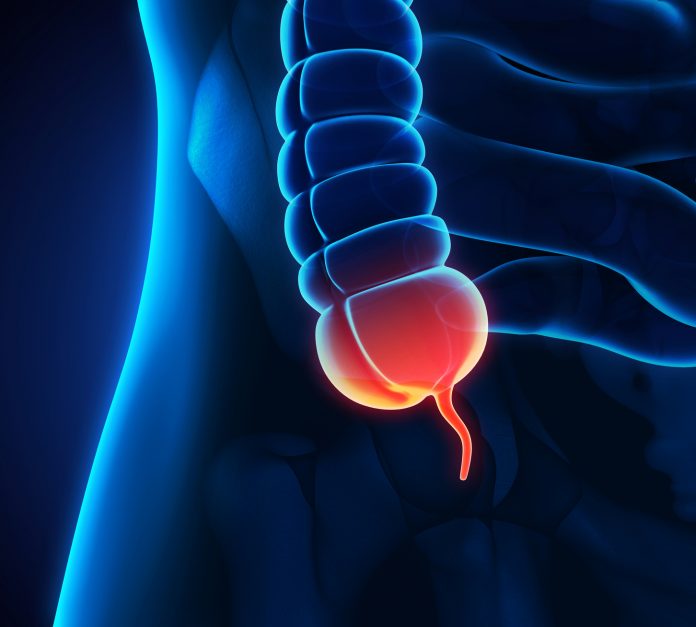 As reported in the June 7, 2017 issue of in the journal PLOS ONE by researchers of the University of California San Diego School of Medicine, a tumor of the appendix known low-grade appendiceal mucinous neoplasm or LAMN is being over diagnosed as invasive cancer.[1]

Tumors of the appendix are generally rare, occurring in less than 2% of all appendectomies. In most cases, appendiceal tumors can be confidently placed a low-grade group,? confined to the appendix, and considered clinically benign. [2]

Patients with low-grade appendiceal mucinous neoplasm may initially present with acute abdominal pain. But despite the use of computed tomography, ultrasound or colonoscopy, preoperative diagnosis remains difficult. Additionally,about 25% of patients are asymptomatic.? In these cases LAMN may be only found incidentally on abdominal imaging or intraoperatively or during histopathologic examination of the excised specimen.[3][4][5]

?This is in part because the appendix can harbor not only invasive cancer, but also an enigmatic and confusing low-grade malignancy called LAMN. In addition, the literature on classification of appendix cancer utilizes inconsistent terminology and is constantly evolving. Our findings highlight a critical need for universally accepted criteria to diagnose appendix tumors to help pathologists separate benign, low grade and invasive tumors,? Valasek added.

With few exceptions mucinous appendix tumors (also known as mucinous appendiceal neoplasms) can lead to pseudomyxoma peritonei? (PMP, i.e. mucinous ascites), a rare cancer syndrome that most often starts as a lesion in the appendix that bursts, liberating mucus-secreting tumor cells which grow within the abdominal cavity. Properly identifying the type of tumor strongly influences both prognosis and treatment.

A controversy regarding terminology, diagnostic criteria, classification and therapy of these tumors has lasted for decades. The revised edition of the World Health Organization Classification of Tumors of the Digestive System (WHO) proposes a uniform reporting system for mucinous appendiceal neoplasms and the associated peritoneal disease, creating a comparable basis for pathological diagnosis, clinical therapy and ongoing studies.[6]

Retrospective review
Together with researchers from UC San Diego Moores Cancer Center, Valasek and his team performed a retrospective pathological chart review to measure agreement between the diagnosis of originating pathologists and a single large academic medical center during patient referral. A search of pathology reports for appendiceal lesions that were first evaluated by an outside pathology group and then referred to UC San Diego Health identified 46 cases over a two-year period.

In 57% of the cases UC San Diego Health reviewers were in agreement with an invasive cancer diagnosis – the overall agreement was 72%.

The originating pathologist practices were usually non-academic, mid-sized and did not have subspecialty training in gastrointestinal pathology.

?A second evaluation of appendiceal lesions changed the diagnosis and therefore management of a significant number of patients,? noted Andrew M. Lowy, MD, professor of surgery, chief of the Division of Surgical Oncology and senior author of the study.

?It is important for someone with expertise in appendix cancer to evaluate pathology reports for the benefit of patients. In addition, recently published guidelines may help facilitate improvement of diagnostic interpretations and reduce over-interpretation and potential overtreatment,? Lowy concluded.

The authors conclude that additional studies are needed to incorporating emerging biomarkers to help provide improved prognostic and therapeutic information for patient care.