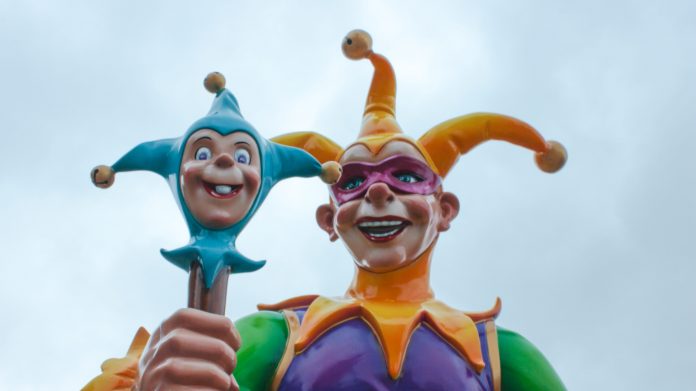 Results from the I-SPY 2 TRIAL show that a neoadjuvant therapy combination of the antibody-drug conjugatetrastuzumab emtansine, also known as T-DM1(Kadcyla; Genentech/Roche) and pertuzumab (Perjeta; Genentech) was more beneficial than paclitaxel plus trastuzumab for women with HER2-positive invasive breast cancer, according to research presented at the 2016 Annual Meeting of the American Association for Cancer Research (AACR), being held April 16-20, 2016.[1]

In this portion of the I-SPY2 TRIAL, the investigators tested if T-DM1 plus pertuzumab could bring a substantially greater proportion of patients to the primary endpoint of pathological complete response [pCR] compared with paclitaxel plus trastuzumab.

They also examined whether this combination could meet that goal without the need for patients to receive paclitaxel. pCR is an outcome in which, following neoadjuvant therapy, no residual invasive cancer is detected in the breast tissue and lymph nodes removed during surgery.

?The combination of T-DM1 and pertuzumab graduated from I-SPY 2 in all biomarker signatures tested,? said lead author and presenter, Angela DeMichele, MD, MSCE, professor of medicine and epidemiology at the Perelman School of Medicine at the University of Pennsylvania (Photo left), meaning that it substantially improved pCR for all subgroups of HER2-positive breast cancers compared with those in the control group, and would be likely to succeed in a confirmatory 300-patient, neoadjuvant, phase III, randomized trial testing this combination against paclitaxel plus trastuzumab.

?This could, in turn, result in fewer women developing recurrent, metastatic breast cancer without the short- and long-term toxicity of taxane therapy.?

Traditional trials have simply added new drugs to the existing regimens, but paclitaxel has some very bothersome and disabling symptoms, including neuropathy, which is describes as a numbness in the fingers and toes, which can progress to pain and, in some cases, become permanent, lowering of blood counts, which may create a risk of infection or bleeding, and hair loss, DeMichele explained.

… [this may] result in fewer women developing recurrent, metastatic breast cancer without the short- and long-term toxicity of taxmen therapy…

?Being able to offer patients a more effective and less toxic regimen would be extremely beneficial to patients? overall prognosis, and quality of life,? she added.

?The process of developing cancer drugs currently requires well over $2.5 billion, 12 to 15 years, and the involvement of 1,000 to 6,000 patient-volunteers to bring one drug to market, and despite this high cost, historically, 60 to70 percent of drugs fail or do not complete phase III trials,? said Laura Esserman, MD, MBA, professor of surgery and radiology at the University of California San Francisco, and senior author on the report.

?The I-SPY approach to clinical trials is designed to reduce the cost, time, and number of patients required, in order to identify active drugs and the tumor types most likely to respond and get such drugs to market sooner, as well as to identify inactive drugs that should not be further developed.?

Standing Platform Trial
Donald Berry, PhD, professor of biostatistics at the University of Texas MD Anderson Cancer Center, and co-principal investigator of I-SPY 2, noted, ?The I-SPY2 TRIAL is a ?standing platform trial,? in which drugs can be evaluated on an ongoing basis, without designing a new trial for each new drug. This trial platform allows drugs to enter and leave the trial quickly and seamlessly. We use adaptive randomization to learn faster about better performing drugs and also to treat trial participants more effectively, depending on their tumors? molecular characteristics.?

Prior studies have shown that a combination of T-DM1 and pertuzumab was safe and effective against advanced, metastatic HER2-positive breast cancer, DeMichele said. In this trial, the investigators tested whether this combination would also be effective if given earlier in the course of treatment, before surgery.

In this trial, using a statistical approach called the Bayesian probability of superiority versus control, patients whose HER2-positive invasive breast cancers were 2.5 cm or bigger were adaptively randomly assigned to 12 weekly cycles of paclitaxel plus trastuzumab (control) or T- DM1 plus pertuzumab (test). Following this, all patients received four cycles of the chemotherapies doxorubicin and cyclophosphamide, and surgery.

At the time of assessment, there were 52 patients in the test arm and 31 patients in the control arm. The trial?s unique statistical method confirmed that, based on pCR data, there is a 90 to 94 percent chance that T-DM1 plus pertuzumab combination will deliver positive results in a 300- patient phase III trial in women with HER2-positive breast cancers with any of the three biomarker signatures aforementioned.

?These data provide a possible new treatment option for patients with newly diagnosed breast cancer that can not only effectively shrink the tumor in the breast but potentially reduce the chance of the cancer coming back later, in another part of the body, which is an incurable situation,? DeMichele explained.

?This also shows that by replacing older, nontargeted therapies with more effective, less-toxic new therapies, we have the potential to both improve outcomes and decrease side effects,? she added.

Phase III Confirmatory Study Needed
?While these results are promising, a phase III confirmatory study is necessary. In addition, since pertuzumab received accelerated approval in the neoadjuvant setting, many patients now receive a taxane with both trastuzumab and pertuzumab [THP]. The THP regimen was also tested in I- SPY2, and is also superior to standard paclitaxel and trastuzumab [results being presented at a Poster Session on Tuesday, April 19],? DeMichele said.

?Though we found both T-DM1 plus pertuzumab and the THP regimen to be superior to paclitaxel plus trastuzumab, our trial was not designed to compare THP to T-DM1 plus pertuzumab directly,? DeMichele, who receives institutional research support from Pfizer, Novartis, Johnson & Johnson, Calithera, Incyte, and Genentech, and has participated in scientific advisory boards for Pfizer and Novartis, said.

?However, the toxicity seen in the TDM-1 plus pertuzumab arm was clearly less than with paclitaxel plus trastuzumab or THP,? she added.

The I-SPY 2 Trial is sponsored by QuantumLeap Healthcare Collaborative, a 501(c)3 charitable foundation, dedicated to accelerating health care solutions. Over the course of the trial, important philanthropic support has been provided by a range of other organizations, including Safeway Foundation, Bill Bowes Foundation, Quintiles Transnational Corporation, and others.