Triple-negative breast cancer is an aggressive type of breast cancer that characteristically has a high recurrence rate within the first five years after diagnosis. While some breast cancers may test positive for estrogen receptors, progesterone receptors, or overexpression of human epidermal growth factor receptor 2 (HER2), TNBC tests negative for all three.

Approximately 10-15% of patients with breast cancer are diagnosed with TNBC. Triple-negative breast cancer tends to be more common in people who are younger than 40 years of age, who are African American, or who have a BRCA1 mutation.

TNBC cancer differs from other types of invasive breast cancer. They generally grow and metastasize faster, have limited treatment options, and have, overall, a worse prognosis.

Treatment
Pembrolizumab is an anti-PD-1 therapy. The drug is indicated for the treatment of patients diagnosed with high-risk early-stage TNBC in combination with chemotherapy as neoadjuvant treatment and then continued as a single agent as adjuvant treatment after surgery. In addition, pembrolizumab, in combination with chemotherapy, is indicated for the treatment of patients with locally recurrent unresectable or metastatic TNBC whose tumors express PD-L1 (CPS ≥10) as determined by an FDA-approved test.

Together with its ligand, programmed cell death ligand 1, also known as PD-L1, they are immune checkpoint proteins. Found on the surface of T-cells, PD-1 is a type of protein that acts as an “off switch” that helps keep the T-cells from attacking other cells in the body. Under normal conditions, their interaction results in T-cell immune suppression. Cancer cells can hijack this pathway, and, as a result, escape immune detection. However, this process can be reversed by blocking PD-1’s interaction with PD-L1.  This inhibits T-cell proliferation, cytokine production, and cytolytic function.

In simple terms, when PD-1 binds to PD-L1, it basically tells the T-cell to leave the other cell alone. Because some types of cancer cells have large amounts of PD-L1, they can hide from an immune attack. Antibodies – such as the anti-PD-1 drug pembrolizumab that target can block the binding between PD-1 and PD-L1 and boost the immune response against cancer cells.

Results from one earlier study showed that after a median follow-up of 39 months, the pembrolizumab regimen reduced the risk of events or death by 37% (HR=0.63 [95% CI, 0.48-0.82]; p<0.001) versus the chemotherapy-placebo regimen. A total of 15.7% (n= 123/784) of patients who received the pembrolizumab regimen had an EFS event compared to 23.8% (n= 93/390) of patients who received the chemotherapy-placebo regimen. These results also showed that the estimated three-year EFS rates were 84.5% (95% CI, 81.7-86.9) in the pembrolizumab group compared with 76.8% (95% CI, 72.2-80.7) in the chemotherapy-placebo group. Event-free survival was defined as the time from randomization to the first occurrence of either disease progression that precluded definitive surgery, a local/distant recurrence, a second primary malignancy, or death from any cause.[1]

The safety profile of the pembrolizumab regimen was consistent with the known profiles of each regimen, and no new safety concerns were identified. Additional detailed efficacy and safety data are also featured in the publication.

Pembrolizumab in combination with chemotherapy as neoadjuvant treatment and then continued as a single agent as adjuvant treatment after surgery is approved in the U.S. for the treatment of patients with high-risk early-stage TNBC. Additional global regulatory submissions are ongoing. 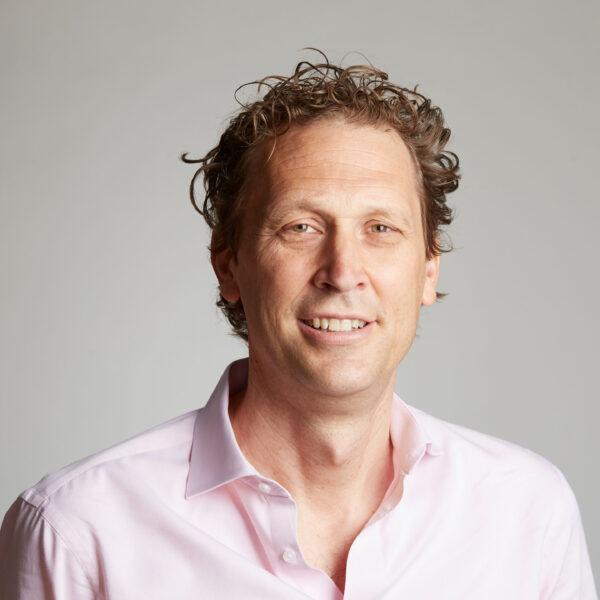 “KEYNOTE-522 is the first prospective randomized Phase 3 trial to show an improvement in event-free survival among patients with stage II and stage III TNBC,” Schmid added.

“We are incredibly proud that the New England Journal of Medicine has chosen to publish data from this pivotal neoadjuvant/adjuvant trial of pembrolizumab in high-risk early-stage TNBC for the second time,” Baynes added.

“Results from KEYNOTE-522, in which the pembrolizumab regimen showed a significant 37% reduction in the risk of EFS events compared to neoadjuvant chemotherapy, represent an important advance and support earlier intervention with pembrolizumab in these patients,” he continued.

Study Design
KEYNOTE-522 is a Phase 3, randomized, double-blind trial (ClinicalTrials.gov, NCT03036488). The dual primary endpoints are pathological complete response (pCR), defined as pathological stage ypT0/Tis ypN0 at the time of definitive surgery, and EFS, defined as the time from randomization to the first occurrence of either disease progression that precluded definitive surgery, a local/distant recurrence, a second primary cancer, or death from any cause in all patients randomized. Secondary endpoints include pCR rate using alternative definitions, overall survival (OS) in all patients randomized, pCR rate according to all definitions, EFS and OS in patients whose tumors express PD-L1 (Combined Positive Score [CPS] ≥1), safety and health-related quality of life assessments. The study enrolled 1,174 patients who were randomized 2:1 to receive either:

Although the OS data did not cross the boundary for statistical significance at the fourth interim analysis, there was a 28% reduction in the risk of death with the pembrolizumab regimen versus the chemotherapy-placebo regimen (HR=0.72 [95% CI, 0.51-1.02]). The study is continuing to allow for additional follow-up of OS.