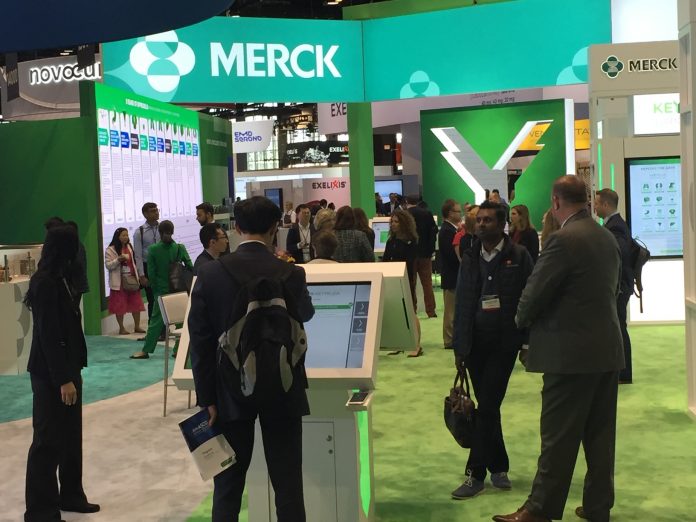 Results from the Phase III KEYNOTE-522 trial investigating pembrolizumab (Keytruda®; Merck/MSD), an anti-PD-1 therapy that works by increasing the ability of the body’s immune system to help detect and fight tumor cells, in combination with chemotherapy met one of the dual-primary endpoints of pathological complete response (pCR) following the neoadjuvant part of the neoadjuvant/adjuvant study regimen in patients with triple-negative breast cancer (TNBC).

The drug, a humanized monoclonal antibody, blocks the interaction between PD-1 and its ligands, PD-L1 and PD-L2, thereby activating T lymphocytes which may affect both tumor cells and healthy cells.

Triple negative Breast Cancer
TNBC is an aggressive type of breast cancer that characteristically has a high recurrence rate within the first five years after diagnosis. While some breast cancers may test positive for estrogen receptor, progesterone receptor or human epidermal growth factor receptor 2 (HER2), TNBC tests negative for all three. As a result, TNBC does not respond to therapies targeting these markers, making it more difficult to treat. Approximately 15-20% of patients with breast cancer are diagnosed with TNBC.

The dual-primary endpoints are pCR and EFS. Secondary endpoints include pCR rate using alternative definitions (i.e. no invasive or noninvasive residual cancer in breast or nodes) at the time of definitive surgery, EFS in patients whose tumors express PD-L1, overall survival, safety and patient-reported outcomes.

The study enrolled 1,174 patients who were randomized 2 vs.1 to receive either:

Analyses
Based on an interim analysis conducted by the independent Data Monitoring Committee (DMC), pembrolizumab in combination with chemotherapy demonstrated a statistically significant improvement in pCR rates compared with chemotherapy alone, regardless of PD-L1 status. A pathological complete response or pCR is defined as a lack of all signs of cancer in tissue samples analyzed following completion of neoadjuvant therapy and definitive surgery.

Based on the recommendation of the DMC, the trial will continue without changes to evaluate the other dual-primary endpoint of event-free survival (EFS), per the trial design. The safety profile of pembrolizumab in this trial was consistent with previously reported studies; no new safety signals were identified.

“TNBC is an aggressive malignancy with a high rate of recurrence within the first five years of diagnosis. We are encouraged by these results and plan to discuss these data with health authorities and to present these findings at an upcoming medical congress,” Perlmutter announced.