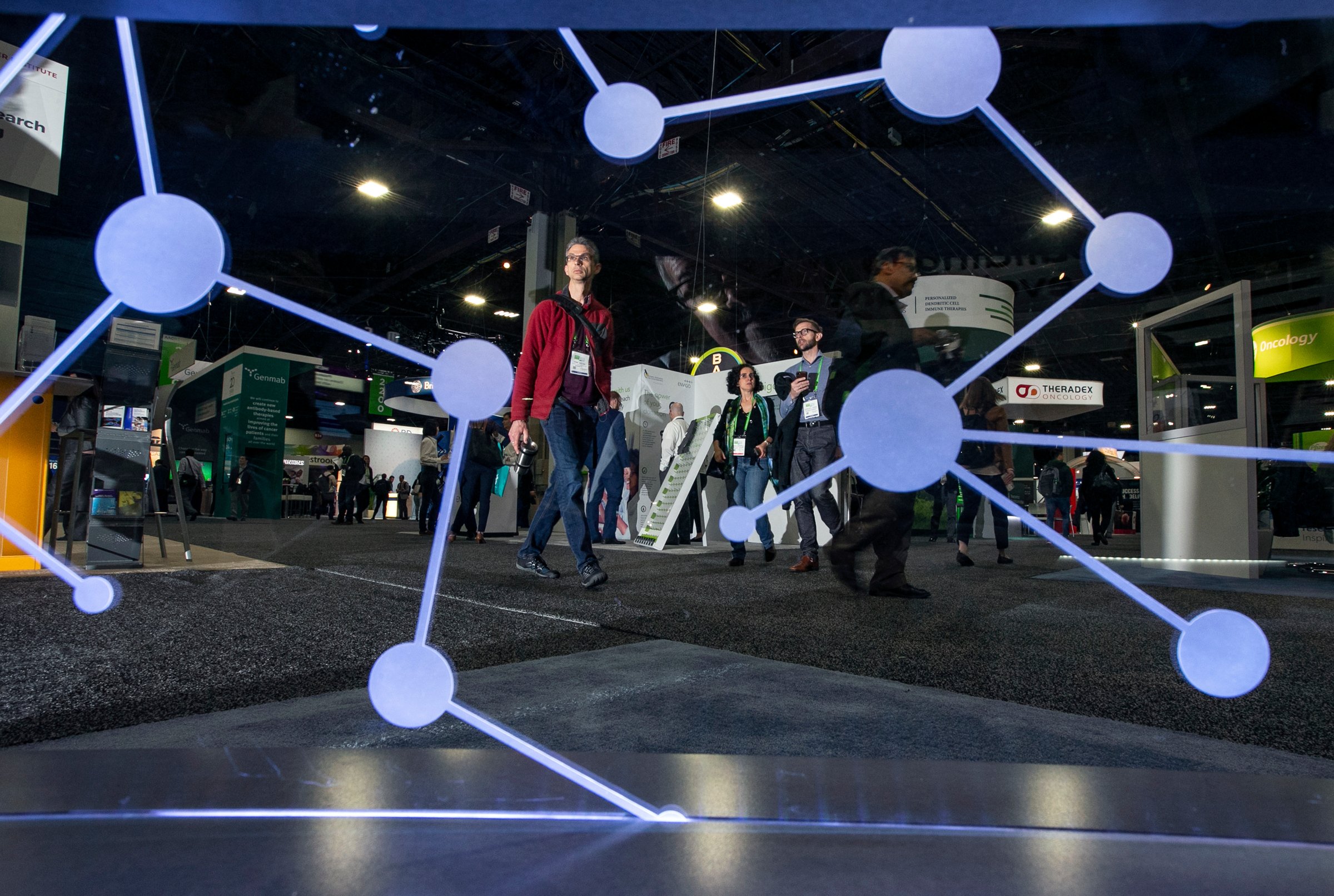 Natural killer (NK) cells derived from cord blood that was activated and complexed with a CD30/CD16A bispecific antibody, elicited an 89% overall response rate (ORR) in patients with relapsed or refractory (R/R) CD30+ lymphoma.

This is the conclusion based on the results from an investigator-sponsored phase I/II clinical trial presented at the American Association for Cancer Research (AACR), held April 8-13, 2022 in New Orleans, LA. The study was funded by Affimed Therapeutics.

The study results also demonstrated an improvement in complete response (CR) rate to 62% at the recommended phase 2 dose (RP2D) in 13 patients after 2 cycles of therapy.

“We were favorably surprised by the quality of tumor responses in patients who had resistant lymphomas, some of whom were in a very poor condition at enrollment,” noted Yago Nieto, MD, Ph.D., a professor of medicine in the Department of Stem Cell Transplantation and Cellular Therapy at The University of Texas MD Anderson Cancer Center, who presented the study.

Antibody-drug conjugate
CD30 is a receptor expressed on certain cells in many Hodgkin lymphomas and some non-Hodgkin lymphomas, and its activation promotes the growth of cancer cells. The current standard of care for relapsed CD30+ lymphomas is brentuximab vedotin (Adcetris®; Seagen), an antibody-drug conjugate or ADC that delivers a toxic cytoskeleton destabilizing agent to cells expressing CD30. However, not all tumors respond.

“Relapsed CD30+ lymphoma is successfully treated, in many cases, with brentuximab vedotin and, in the case of Hodgkin lymphoma, checkpoint inhibitors as well,” Nieto said. “But if these treatments fail, these patients’ tumors become extremely resistant to killing, and patients are left with very few effective therapeutic options.”

NK-cells are lymphocytes in the same family as T- and B-cells, coming from a common progenitor. As cells of the innate immune system, NK-cells are classified as group I Innate Lymphocytes (ILCs) and respond quickly to a wide variety of pathological challenges, including virally infected cells and the detection as well as controlling early signs of cancer.

AFM13, which is being developed by Affimed Therapeutics, is a first-in-class innate cell engager (ICE®) that uniquely activates the innate immune system to destroy CD30-positive hematologic tumors. [2] The investigational agent induces specific and selective killing of CD30-positive tumor cells, leveraging the power of the innate immune system by engaging and activating natural killer cells and macrophages.

Prior studies with AFM13 demonstrated preliminary efficacy in clinical trials of patients with Hodgkin lymphoma, T-cell lymphoma, and peripheral T-cell lymphoma. In preclinical studies, however, Nieto’s colleague Katy Rezvani, MD, Ph.D., also a professor of medicine in the Department of Stem Cell Transplantation and Cellular Therapy at MD Anderson, found that linking AFM13 to cord blood-derived activated NK cells prior to infusing them into mice was more effective than treating mice with AFM13 or the unlinked NK-cells alone.

Evaluating tolerability
“We wanted to evaluate the tolerability and activity of this novel adoptive cellular immunotherapy using allogeneic natural killer cells, whose intact killing capacity can be further increased by cytokine pre-activation and whose numbers can be largely expanded in the lab,” Nieto said.

Nieto and colleagues isolated NK cells from cord blood, a readily available source of adaptable hematopoietic cells that have been shown to produce fewer immunological side effects than cells from peripheral blood. The researchers used a mixture of cytokines to activate the cells into a memory-like state, making them more persistent and effective. They expanded the cells in culture and complexed them with AFM13.

Clinical study
So far, the researchers have recruited 22 patients with relapsed CD30+ lymphoma, all of whom had received prior treatment with brentuximab vedotin, and most of whom had received a stem cell transplant. Patients were treated with AFM13-NK cell complexes following immune cell depletion using fludarabine and cyclophosphamide. They received two cycles of 1 million cells/kg (three patients), 10 million cells/kg (three patients), or 100 million cells/kg (13 patients), with the highest dose selected as the recommended phase II dose. Patients were given additional infusions of AFM13 alone seven, 14, and 21 days after treatment with the complexed cells.

At a median follow-up of 11 months across all dose levels, the progression-free survival (PFS) rate was 53%, and the overall survival rate was 79%. Apart from the expected hematological toxicity resulting from pre-infusion immune cell depletion, the researchers observed no adverse events from the natural killer cells and only one adverse event of grade 3 or higher from a subsequent AFM13 infusion.

“We hope that this new therapeutic option can potentially be used as a bridge to stem cell transplantation or perhaps even as a curative treatment and will bring hope to this patient population with a large unmet medical need,” he concluded.

Study limitations
The researchers confirmed that the limitations of this study include a relatively short duration of follow-up as well as limited information about the durability of response after two cycles.