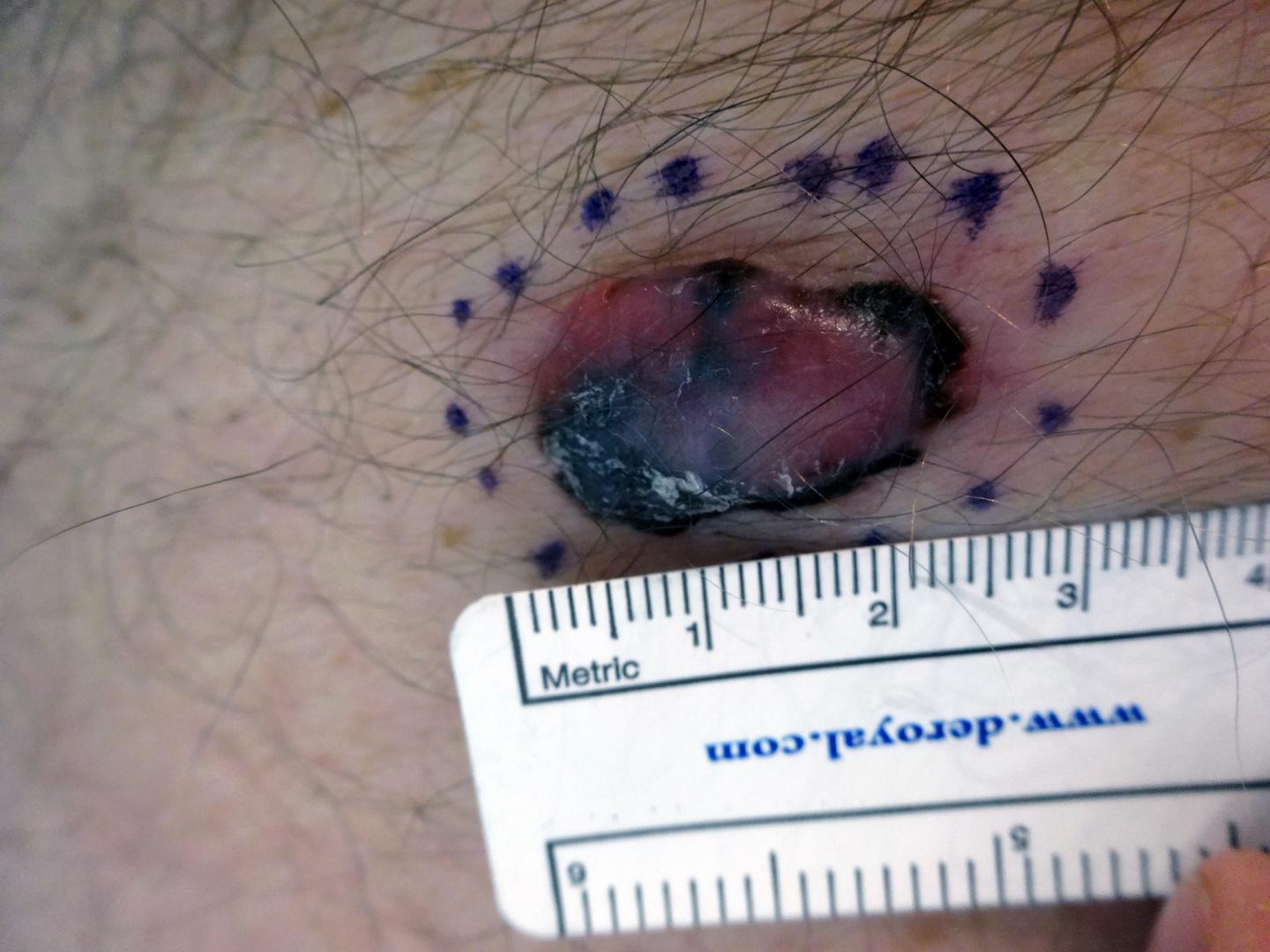 Research supported by the National Cancer Institute, the Wistar Science Discovery Fund, the Melanoma Research Foundation, the E.V. McCollum Endowment and the Dr. Miriam and Sheldon G. Adelson Medical Research Foundation, shows that age may cause identical cancer cells with the same mutations to behave differently.

In animal and laboratory models of melanoma cells, age was a primary factor in treatment response. In general, cancer has long been known to be a disease of aging, with 60% of cases and 70% of deaths occurring in people over age 65.

And while cancer of the skin is by far the most common of all cancers, melanoma accounts for only about 1% of skin cancers. The disease is, however, the cause a large majority of skin cancer deaths. [3]

Altough melanoma is one of the most common cancers in young adults under 30 years of age (especially young women), the average age of people diagnosed with the disease is 65.[4]

The increase incidence of melanoma and the poorer prognosis compared younger patients, may be due to accumulated cellular damage, decreases in adaptive immunity, and chronic inflammation.[4]

Fibroblasts
In the laboratory, study senior author Ashani Weeraratna, Ph.D., study first author Gretchen Alicea, Ph.D., and collaborators combined fibroblasts — cells that generate connective tissue and allow the skin to recover from injury — from people age 25 to 35 or 55 to 65 with lab-created artificial skin and melanoma cells.

“Taking up a lot of fat protects melanoma cells during therapy,” explains Weeraratna, the E.V. McCollum Professor and chair of the Department of Biochemistry and Molecular Biology at the Bloomberg School of Public Health, a Bloomberg Distinguished Professor (cancer biology), a professor of oncology, and co-director of the cancer invasion and metastasis program at the Kimmel Cancer Center.

The findings build on a 2016 study in Nature, which reported on a mouse model of melanoma in which the cancer-promoting BRAF, PTEN and CDKN2A oncogenes were deleted to easily grow tumors. The study found that cancers grew better in the skin of young mice, age 6 to 8 weeks old, but metastasized from the skin to the lung more easily in older mice, age 1 year or older.[4]

Using drugs to inhibit the BRAF oncogene is a targeted therapy approach used to treat melanoma in the clinic.

In the 2016 study, Weeraratna’s laboratory showed that targeting the BRAF oncogene was less effective in reducing tumor growth in aged mice, and a study of patient responses to the BRAF inhibitor corroborated the laboratory findings, showing that complete responses occurred most frequently in patients under age 55.

In the current study, Weeraratna and collaborators used newer-generation inhibitors of this pathway, including drugs targeted at two arms of the BRAF pathway, and they assessed the impact of simultaneously depleting FATP2.

In older mice, the BRAF-targeted therapy alone worked initially, reducing tumor volume, but tumors came back in 10 to 15 days, the researchers reported. However, when they added an FATP2 inhibitor to the targeted therapy, the tumors went away and did not come back during the 60-day period they were monitored.

“In young models, melanoma cells responded to targeted therapy initially, and targeting FATP2 had no further impact. In aged models, melanoma cells did not respond to targeted therapy until we depleted FATP2, and then the response was dramatic. When FATP2 was depleted, in all of the aged models, tumors regressed in size completely, and did not start to grow back for over two months, a significant amount of time in a mouse experiment,” she further noted.

This was a critically important finding because Weeraratna says most cancer research animal models use young mice, which could mask age-related factors.

“Because we are using mouse models in which the genetic components are identical, these studies point to the critical involvement of the normal surrounding cells and tell us that it is more than genes that are driving the cancer,” Weeraratna explained.

Weeraratna says the next step is development of an FATP2 inhibitor that, once proved to be effective, could be given in combination with targeted therapies to improve treatment responses, particularly for older patients. Alicea points out that, although less common, FATP2-related treatment resistance can occur in patients under age 55 too.

Angiogenesis refers to the blood supply that nourishes tumors and transports cancer cells to other parts of the body to seed metastasis. As such, angiogenesis is thought to be critical for tumor metastasis. However, inhibiting angiogenesis using anti-angiogenesis drugs like bevacizumab, to cut cancers off from their blood supply, has had little impact on melanoma patient survival.[2]

In prior studies, scientists demonstrated that both angiogenesis and metastasis are increased in older individuals.

Prior study
Using data from a prior United Kingdom study of 1,343 patients with melanoma who received Avastin after surgery, the researchers went back and broke down responses to the drug by age.

Angiogenesis increases with age, so Weeraratna expected to see a greater benefit for older patients than younger patients, but the opposite was true. Patients age 45 or older had virtually no benefit from Avastin and, conversely, patients under age 45 had longer progression-free survival.

Bevacizumab blocks the angiogenesis-promoting gene VEGF, so Weeraratna and the team studied age-stratified melanoma samples from the Cancer Genome Atlas database to see what role VEGF was playing among younger and older patients and to find clues to explain why Avastin did not work for older patients. The researchers found that the expression of both VEGF and its associated receptors was significantly decreased among aged patients. Instead, they found that another protein, sFRP2, was driving angiogenesis in patients over age 55.

Their findings were backed up by studies on mouse models. When the researchers gave mice an anti-VEGF antibody, it reduced the growth of new blood vessels by almost 50%, but when the sFRP2 protein was simultaneously administered, the anti-VEGF antibody had no effect, confirming that sFRP2 was another driver of angiogenesis.

“Older patients have more angiogenesis, which helps cancer spread, but it is driven by sFRP2, not VEGF,” says Fane, a postdoctoral fellow at the Johns Hopkins Bloomberg School of Public Health and co-lead author of the study along with Brett Ecker, M.D., and Amanpreet Kaur, Ph.D.

The researchers plan to study antibodies that block sFRP2 as a potential treatment for patients over age 55 who do not respond to bevacizumab.

Both studies, Weeraratna says, make it clear that age is a parameter that must be considered when developing experiments and clinical trials.

“Cancer treatment is not one-size-fits-all,” she says.

“Our research shows that younger patients can have very different responses to treatment than older patients. Recognizing that the age of a patient can affect response to treatment is critical to providing the best care for all patients,” ashe added.