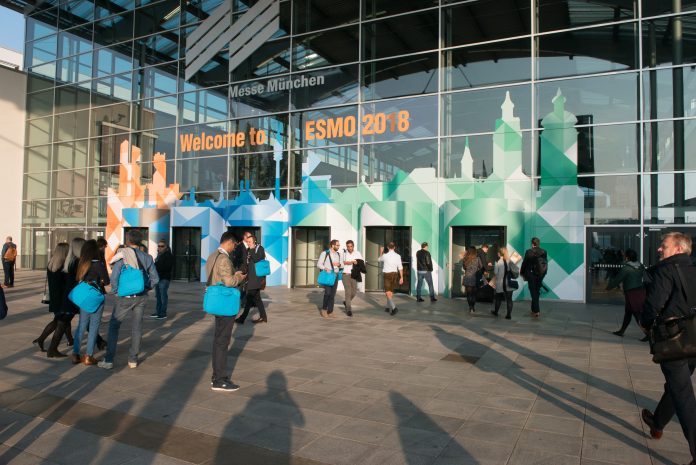 DNA mismatch repair (MMR) deficiency is one of the best understood forms of genetic instability in colorectal cancer. An average 3% to 5% of colorectal cancers can be attributed to a hereditary cancer predisposition related to DNA mismatch repair deficiency, whicj is characterized by the loss of function of the MMR pathway. In turn, deficient MMR (dMMR) results in an inability to correct DNA replication errors and can result in an increased risk of cancer. [2][3]

Restoring patients? immune response against cancer cells with checkpoint inhibitors is an established treatment strategy for several tumor types. These agents are of particular interest in mismatch repair deficient (dMMR) tumours because they have high mutational load and upregulation of immune checkpoints. [5]

Results presented at the annual congress of the European Society for Medical Oncology – ESMO 2018, showed that 100% (7/7) of the patients with dMMR colon cancer had major pathological responses (defined as <5% of viable tumor cells remaining). Four of these seven patients (57%) had complete responses.

In contrast, no major pathological responses were seen in pMMR tumors, however there were significant increases in T cell infiltration.

Overall, the immunotherapy regimen was well tolerated and all of the patients underwent radical resection of their tumors without delays in surgery.

Further research warranted
?This is the first study with immune checkpoint inhibitors in early stage colon tumors. Our data suggest that neoadjuvant immunotherapy in dMMR colon cancer warrants further research and has the potential to change the standard of care,? said lead author Myriam Chalabi, MD, a Medical Oncologist, at the Netherlands Cancer Institute in Amsterdam, The Netherlands.

?The response we saw is much more dramatic than in metastatic disease,? she added.

?For MMR deficient tumours, the results were amazing, with 100% of patients so far having either complete or near complete responses within the short time-frame of treatment, which is usually 4 weeks,? she continued.

?I think the finding will have implications for clinical practice in the future. At this stage, it?s too early to call it practice changing but it could be if similar results are seen in larger studies,? Chalabi concluded.

Earlier stage disease
?The study positions immunotherapy at an earlier stage of the disease history for patient with localized disease, and, interestingly, in the neoadjuvant setting as opposed to the adjuvant setting that is now approved in melanoma and non-small-cell lung cancer,? said Aur?lien Marabelle, MD, PhD, a Senior Medical Oncologist in the Drug Development Department (DITEP), a group leader in Professor Laurence Zitvogel‘s lab (INSERM U1015) and the Clinical Director of the Cancer Immunotherapy Program at the Gustave Roussy Cancer Centre, Villejuif, France. Commenting on the study for ESMO, commenting on this study.

Marabelle further cautioned that the study was small, not randomized and there was no control arm of patients not treated with immunotherapy.

?Limited data are available but if they show complete pathological responses in the neoadjuvant setting, this therapeutic strategy might become standard of care for dMMR colorectal cancer,? Marabelle said.

He also noted that dMMR tumours are more frequent in localized cancers (~15% of patients) than at the metastatic stage (~5%).