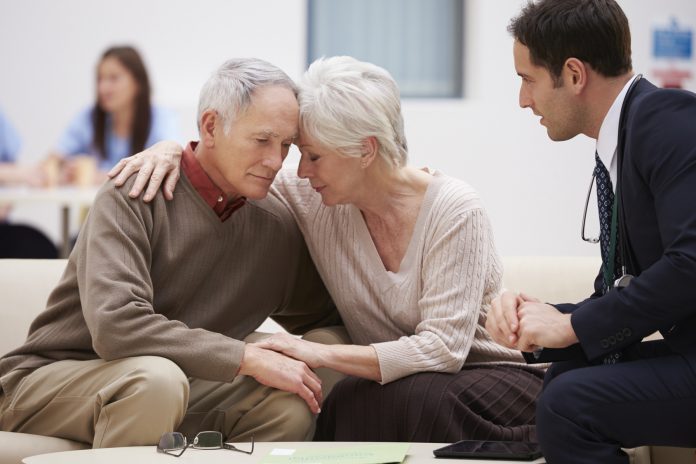 A randomized, phase III trial, called PREOPANC-1, funded in part by the Dutch Cancer Society KWF/Koningin Wilhelmina Fonds, found that people who received chemotherapy with radiation, also known as chemoradiotherapy, before pancreatic cancer surgery had better disease-free survival than those who started their treatment with surgery, which is the current standard of care. [1][2]

The results of the study, were presented at the annual meeting of the American Society of Clinical Oncology (ASCO), held June 1 – 5, 2018 in Chicago, Illinois.

?This is the first randomized clinical trial to show that pre-operative treatment improves outcomes for people with early stages of pancreatic cancer who can have surgery,? said principal investigator Geertjan Van Tienhoven, MD, Ph.D, radiation oncologist at the Department of Radiation Oncology, Academic Medical Center (AMC) in Amsterdam, The Netherlands.

?We believe that this may be a practice-changing trial,? Tienhoven added.

Study design
The PREOPANC-1 trial (Dutch Trial Register: NTR3709) enrolled 246 patients with pancreatic cancer that can be surgically removed. The patients were randomly assigned to receive immediate surgery or chemoradiotherapy for 10 weeks, followed by surgery. Both treatment groups also received chemotherapy after surgery, and the total amount of chemotherapy given was equal in both groups.

Of note is that patients in the chemoradiotherapy group received part of the chemotherapy before surgery and the rest after.

Rapidly worsening condition
In pancreatic cancer, the disease and the patient?s condition can worsen so rapidly that even though surgery is attempted, removal of the tumor (resection) is not possible. Also, despite treatment, mortality among a proportion of patients remains high in the first several months after diagnosis.

Resection was performed in 72% of patients in the immediate surgery group and 62% in the chemoradiotherapy group. Among the patients who had a resection, the tumor was microscopically completely removed in a greater proportion of patients who received preoperative treatment (63% vs. 31%).

According to the authors, after the final analysis and publication of this trial, the next step is to attempt to find even more effective preoperative treatments.

FOLFIRINOX chemotherapy or FOLFIRINOX combined with stereotactic body radiation therapy (SBRT, a specialized treatment that delivers a high dose of radiation precisely to the tumor, while sparing surrounding tissue from damage) appear promising from other studies and should be tested against pre-operative gemcitabine (Gemzar?; Eli Lily) and radiation in a randomized clinical trial.

Over the past several decades, the incidence of carcinoma of the pancreas has markedly increased. The disease now ranks as the fourth leading cause of cancer death in the United States. Despite the high mortality rate associated with pancreatic cancer, its etiology is poorly understood. This means that research in trying to find a cure is imperative.

Commenting on the study, ASCO Expert Andrew Epstein, MD said: ?This study is an example of how treatments can be refined in an attempt to work better for patients. It?s also a step in the right direction for people with pancreatic cancer, a disease that has proved extremely difficult to cure.?