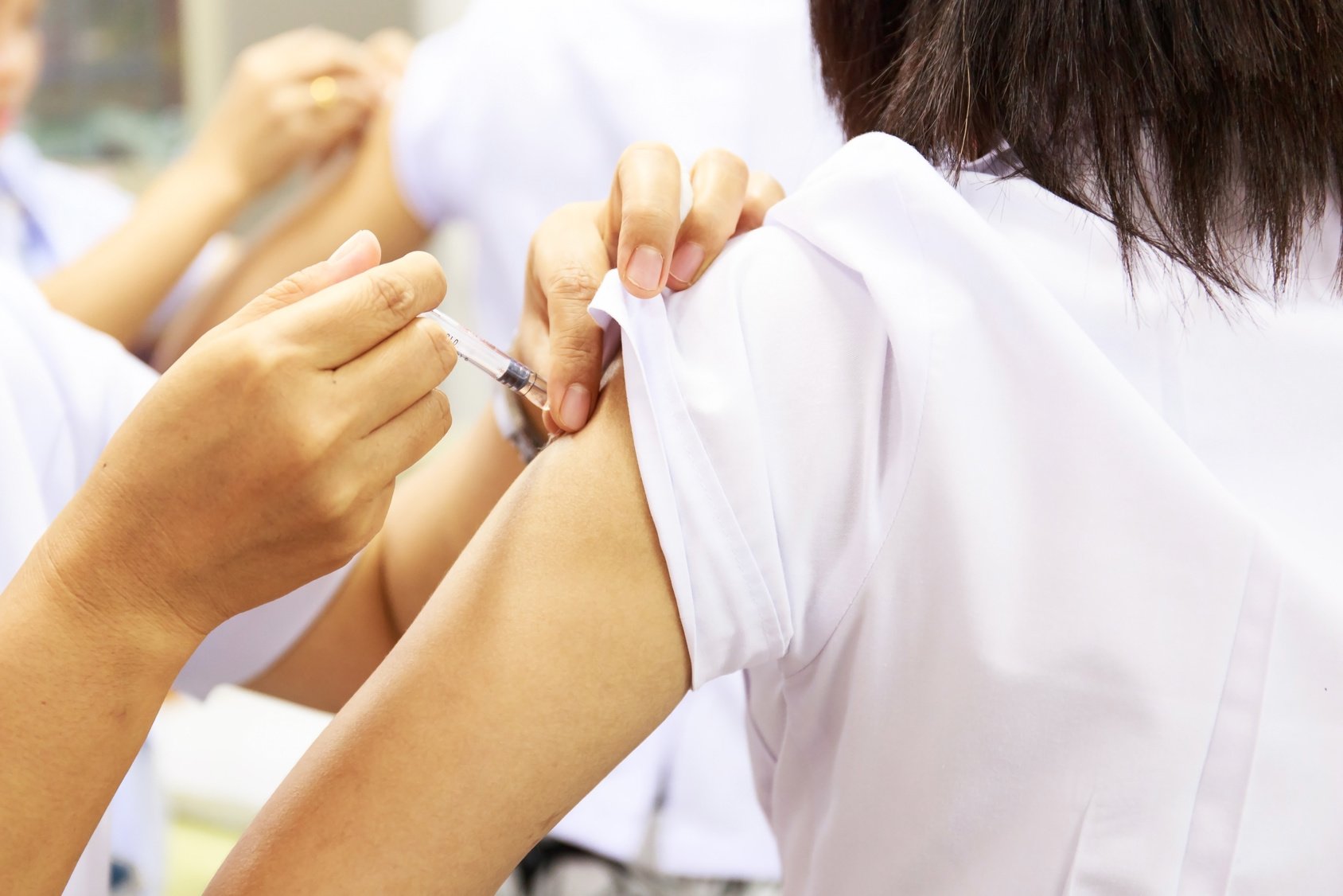 Led by researchers at Duke Cancer Institute, a 19-question survey was sent to caregivers of childhood cancer survivors (CCS) and completed between February 25 and April 13, 2021.

The results of the survey suggest that vaccine hesitancy took hold even among those who are highly engaged with the medical community and among a population that has a high rate of participation in clinical trials.[1]

The results of the study, which was supported by Alex’s Lemonade Stand Foundation, the National Institutes of Health, and The Children’s Health and Discovery Initiative of Translating Duke Health, are published in the November 17, 2021 online-first edition of the journal Pediatric Blood & Cancer.[1]

“Part of the reason we wanted to survey about vaccine hesitancy in this group is that they have such frequent contact with the medical system, so we were looking for anything that might be potentially unique about this patient population that might set them apart,” said Kyle Walsh, Ph.D., senior author and associate professor in the departments of Neurosurgery and Pediatrics at Duke.

“And actually, the rates of hesitancy were quite high,” Walsh added.

Survey
Walsh and colleagues were conducted before COVID-19 vaccines were initially rolling out, and before pediatric vaccines were authorized. The 19-question survey was sent to caregivers of children with cancer who had completed treatment but could still be receiving surveillance/follow-up care. Caregivers (6% male) of 130 unique families completed the survey.

The mean age of childhood cancer survivors at the time of the survey was 15 years of age, while mean time of diagnosis was 4.3 years.

The researchers were interested in determining what variables were associated with the caregivers’ willingness or hesitancy to vaccinate themselves and/or their children.

They found that 21% of caregivers expressed hesitancy to vaccinate themselves and 29% of expressed hesitancy to have their children with cancer receive the COVID-19 vaccine. This rate is slightly higher than the 25% reported among the general population, according to a Kaiser Family Foundation poll released in July 2021, which was near the same time as the research survey.

While more than 40% of the survey respondents said their children’s cancer treatment was part of a clinical trial, that factor did not play a role in their consideration of a COVID-19 vaccine.

“We were surprised that it was not associated with vaccine acceptability,” Walsh said.

Slightly more than half of the respondents reported their children with cancer would definitely receive the COVID-19 vaccine when it became available to them, and five children had already been vaccinated. An additional 18% of caregivers felt unsure if their child would receive the vaccine but were “leaning towards yes.”

Confidence in science
An analysis of responses from survey participants found that caregivers were six-fold likelier to express willingness to self-vaccinate (p < .001) and were three-fold likelier to express willingness to vaccinate their children with cancer (p = .011) if they expressed confidence in science, medicine, and vaccination in general, and in the federal response to the COVID-19 pandemic.

They were also more willing to vaccinate if they expressed concern that an infection from COVID-19 posed extra risks to their children, whose immune systems are often fragile after cancer treatments.

Those who reported they were hesitant to vaccinate expressed concerns about the swiftness of COVID-19 vaccine development and insufficient safety and efficacy data in children, particularly children with cancer.

Walsh said the results underscore the need for COVID-19 vaccination education and outreach, even among families highly engaged with the medical community, and emphasize the importance of updating families as relevant data emerge from vaccine trials and registries.

“For all parents who have children with cancer, they are trying to make the best decisions for them based on the information at hand and the potential long-term effects arising from chemotherapy, radiation, and now potentially vaccinations against COVID-19,” Walsh concluded.