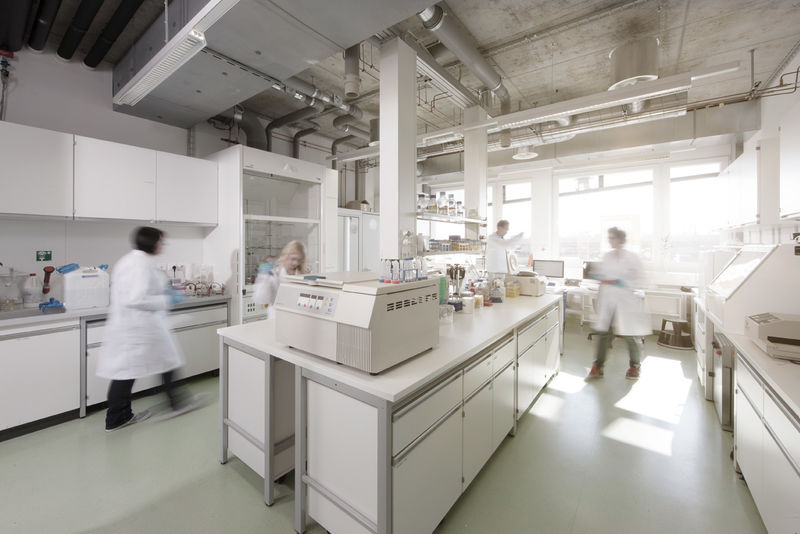 Privately-owned Swiss biotech NBE-Therapeutics and Exelixis, have established a partnership designed to develop multiple antibody-drug conjugates (ADCs) for applications within oncology and hematology. The agreement, which includes an exclusive option on multiple targets over a two-year term, with the potential to extend the time and scope of the collaboration is the fourth biologics-focused agreement for Exelixis since 2018.

With nine approved drugs on the market, ADCs have become a powerful class of therapeutic agents in the treatment of patients with cancer or a hematological malignancy.

Agreement
The partners will be leveraging NBE-Therapeutics’ unique expertise and proprietary platforms in ADC discovery and development, including site-specific conjugation and novel payloads.

The agreement comes as Exelixis continues to build out its pipeline behind cabozantinib (Cabometyx® and Cometriq®), the company’s flagship product that is now a global oncology franchise, as well as therapeutic agents distributed by partners, including cobimetinib (Cotellic®; Genentech/Roche) and esaxerenone (Minnebro®; Daiichi Sankyo).

Under the terms of the agreement, Exelixis makes an upfront payment of U.S. $ 25 million to NBE-Therapeutics in exchange for an exclusive option to nominate a defined number of target programs on NBE’s ADC platform over a two-year period. Together, the companies will seek to advance multiple ADCs into preclinical development with Exelixis contributing research and development support.

For each individual target program, prior to filing an Investigational New Drug application (IND), Exelixis will be able to exercise its option to an exclusive worldwide license and continue clinical development and commercialization activities for that target program.

Upon exercise of any option, NBE-Therapeutics will be eligible for development and commercialization milestones, as well as royalties on net sales of any potential products resulting from that target program.

Drug development programs
Using revenues from the company’s marketed products Exelixis is committed to reinvesting funds to maximize the potential of the company’s pipeline, supplementing existing therapeutic assets with novel drug candidates developed by an internal drug discovery team as well as looking for strong drug candidates the company can develop in partnership with partners.

“Exelixis is pursuing both internal drug discovery and external business development approaches to build a pipeline with the potential to make a difference for patients with cancer,” said Peter Lamb, Ph.D., Executive Vice President, Scientific Strategy and Chief Scientific Officer of Exelixis.

“NBE-Therapeutics’ ADC technologies for conjugation and its novel anthracycline-based payload platform make it a strong partner for Exelixis as we seek to improve on conventional antibody-drug conjugate approaches. We’re looking forward to working together with NBE and benefiting from the company’s expertise and technology as we bring forth the next generation of Exelixis medicines,” Lamb added.

Next-generation ADCs
ADCs are generated by chemical conjugation of small molecule toxic drugs to antibodies. The first-generation ADCs have numerous liabilities, including limited serum stability and a high degree of heterogeneity with respect to their drug to antibody ratio (DAR) and functional properties. To help overcome these limitations, NBE-Therapeutics has developed an enzymatic conjugation platform based on the S. aureus sortase A-mediated transpeptidation reaction, allowing the efficient generation of ADCs with toxins conjugated to pre-defined sites at pre-defined drug-to-antibody ratios.[1]

Payload
In conceptualizing the next-generation ADC, NBE-Therapeutics has also developed a novel, highly potent, and proprietary derivative of the anthracycline toxin PNU-159682*. The payload is about 3 logs more potent than tubulin-targeting ADC payloads, requiring a highly stable linker to covalently attach it to the targeting antibody. Site-specifically conjugating the payload to antibodies via the company’s SMAC-Technology™ has resulted in ADCs with very stable peptide linkers, while at the same time maintaining high potency of ADCs with this toxin, which is only released upon binding to the cognate target in tumor cells and internalization and intracellular linker cleavage. [2]

Unlike tubulin-polymerization inhibitors and other payloads, NBE-Therapeutics’ PNU anthracycline payload is not a substrate for the multidrug resistance pump P-gp.

In addition to direct anti-tumor activity of the conjugates, these ADCs have been found to induce a sustained and long-lasting anti-tumor immunity in tumor models with a fully functional adaptive immune system. In preclinical syngeneic mouse tumor models, this not only resulted in the complete regression of tumors but after complete regression of the tumors in such models, the mice were entirely protected against tumor re-challenge with the same tumor cells.

Targets
The companies did not disclose the targets for the ADCs they are planning to develop.

However, in addition to development programs with a select number of partners, NBE-Therapeutics own investigational ADCs includes NBE-002 which targets ROR1, a type-I transmembrane protein with an extracellular domain (ECD) comprised of three structurally different subdomains (the Ig-like, the Kringle or cysteine-rich domain (CRD) and the Frizzled domain) connected to the transmembrane and the intracellular domains. ROR1, which promotes cancer growth and survival, is highly expressed on many hematologic cancers, including Chronic lymphocytic leukemia (CLL) and on some solid cancers, including 50% in triple-negative breast cancer and lung adenocarcinoma, but is not found on normal adult tissues.

This is an edited version of an article first published in ADC Review | Journal of Antibody-drug Conjugates on September 8, 2020.